The trees at Circle’s Pecans in McCune have been lovingly tended by the Circle family for nearly three decades. With attention to detail, creative ideas and special care, what started as a simple pecan orchard has grown into a fullfledged family business.

In the early 1990s, Thomas Circle bought an existing pecan orchard. The previous owners had allowed the orchard to become overgrown with brush, so Thomas cleaned it up. He noticed the trees were producing well, so he harvested a season’s worth of pecans. Thomas opened his first pecan store on Kansas Highway 400 East in 1994 and named it Circle’s Pecans & Country Store.

The Circle family continued to harvest pecans in the fall. Eventually, Thomas asked his wife, Linda, to make pecan pies to sell. Linda began baking them in her kitchen and that part of the business grew and grew, even outside of the standard pecan pie season of November and December. 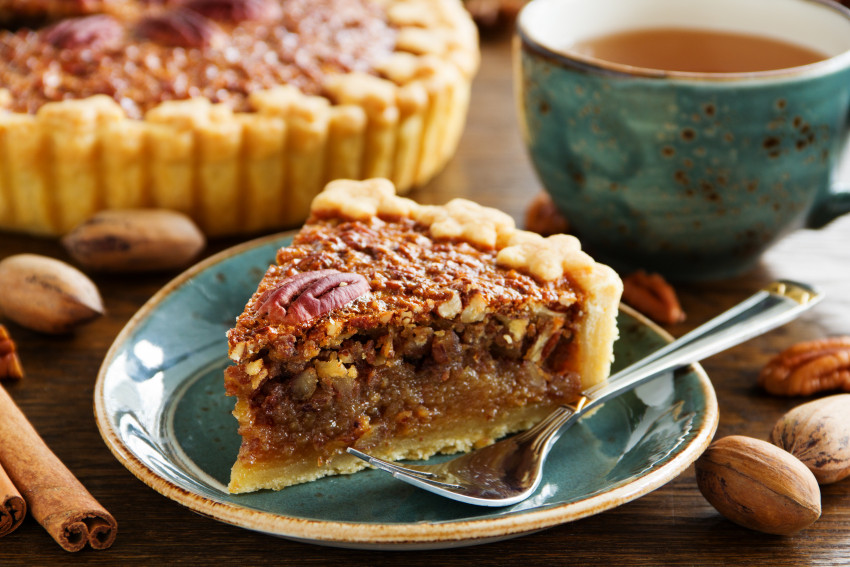 A GOOD KIND OF OVERGROWTH

The Circle’s son, Tom, says it didn’t take long to outgrow the original building as the family added a kitchen, sales room and retail store to the pecan store. Thanks to the growth of the business, the family built another building, double the size of the original. Today’s store features a bakery and fudgery with fruit and cream pies, cookies, brownies and a deli. The business name grew too, to Circle’s Pecan & Country Store, and can be found at 2499 U.S. Highway 400 in McCune.

The deli has grown more popular, with Tom’s family creating their own special line of sandwiches, as well as other recipes for special occasions. Thomas and Tom have even smoked ribs and chicken for their patrons.

“Everything we make to sell is homemade and old-fashioned,” Tom says. “We always make our fudge by hand on the stove, not from a machine. A year ago, I started making homemade ice cream, too.”

When the pecan operation took more time than he had in the day, Thomas made a business decision to rent out his farm ground and go into the pecan business full time. The goal was to work toward retirement, he told his family. 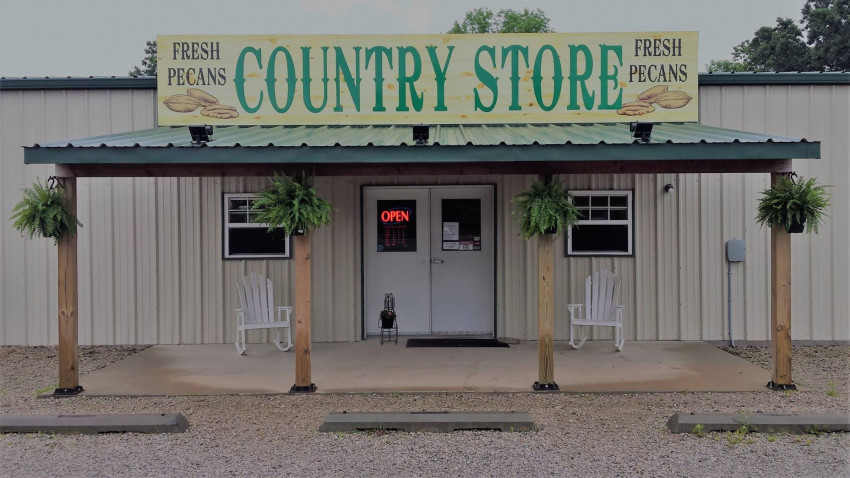 Most of the trees at Circle’s Pecan Farm were grafted and planted in the 1960s. A pecan tree grows from a nut or seed, and once it sprouts, takes 15 years to produce nuts for harvest.

When Thomas bought the orchard, Tom says he and his father planted additional trees in rows using a tree spade. They also focused on improved varieties to ensure good yield and a high-quality nut.

The Circles used their farming genius to improve the pecan industry. Edmund Circle, Tom’s grandfather, changed the industry in the early 1990s when he invented the Circle Pecan Weevil Trap. The invention catches the disastrous weevil and Tom says it’s the only trap recommended to be used in the pecan industry.

Orchard upkeep is the biggest task on the farm and Tom says they mow the grass beginning in June until late October. To harvest, a shaker is mounted on the back of a large tractor. The shaker vibrates the tree to shake the pecans out and onto the ground. The harvest crew picks up any limbs and debris that fall and a harvester comes behind the shaker to pick up nuts. 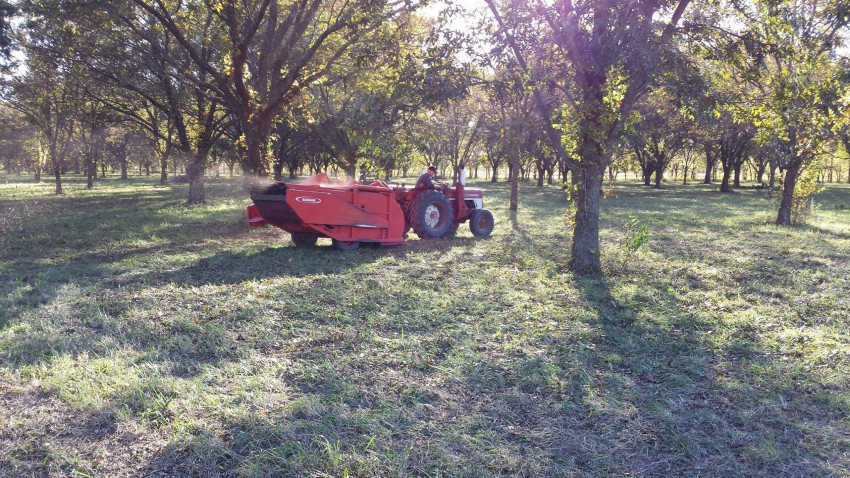 An air pressure cracker is used to crack the shell in preparation for sale or to continue the process of completely shelling the pecan from the shell. The Circles supervise and inspect every process along the way from start to finish.

“Everything is brought in by the trailer load from the harvesting process and put into super sacks, like soybean seeds,” Tom says. “Then a pecan cleaner de-shucks and cleans them. The clean pecan goes to a three-stage sizer and is dumped into more super sacks by size.”

“People buy them to put in a bowl on their table too,” Tom says. “The good old big pecans are still a big seller.”

Tom says he believes people enjoy pecans because of the health benefits. Pecans are heart healthy and have been shown to lower cholesterol. The nut is used for many baking products and has a growing market in China and other countries.

A fresh pecan tastes different, Tom says, and the Circle family takes great pride in producing them. He says repeat customers come back knowing they will receive the utmost freshness in a Circle’s Pecans product.

“You’ll always find pecans from our store that are fresh, never anything older than from the previous nut crop,” he says. “Ours are always at the peak of freshness.”

In the future, Tom says the family business will expand the restaurant and welcome buses of tourists on any day. Circle’s Pecans is also home to a free bluegrass concert once a month, inviting guests to listen, sing and jam.

The business has been carried on by Thomas and Linda’s grandson, Jacob, and their daughter, Abigail, has helped when needed. Tom’s sister and brother-in-law also helped extensively when the family transitioned to its new building and when it opened the deli. Tom’s younger brother was also involved in the kitchen for a time.

Luckily, the pecan trees still produce well, and the family continues to tend the crop. Tom says Jacob will truly see the future benefit of the trees his grandparents planted in the 1990s, as pecan trees reach the peak of production 15 years after they take root as a seedling. The business of pecan farming is not one of instant gratification. Nonetheless, Tom says once a tree is established and is taken care of, it will produce longer than a person will be alive.

“It’s truly a lifetime process,” Tom says. “We are blessed to be able to produce a good product year after year for our customers. I don’t often toot my horn about what we do, but we know we contribute to many Thanksgivings, hunting trips, fundraisers and gifts. We want to interact with our customers and we’re always here to visit with them — unless we’re in the grove.”

Learn more about Circle’s Pecans by visiting its YouTube channel and watching a video narrated by Tom’s father and created by his brother, Matt at bit.ly/CirclesPecans (case sensitive). The family’s business Facebook page is Circle’s Pecan & Country Store and the website is circlespecans.com. 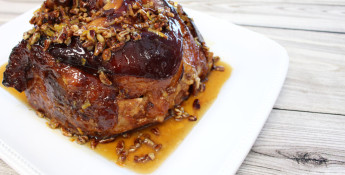 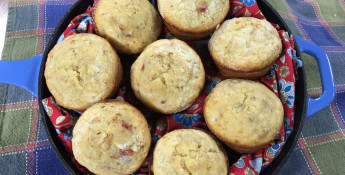 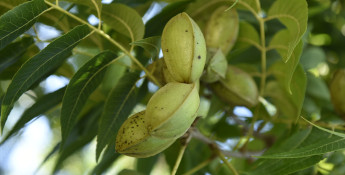 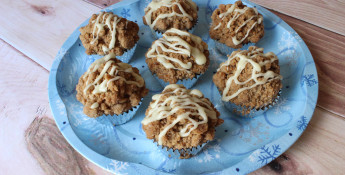 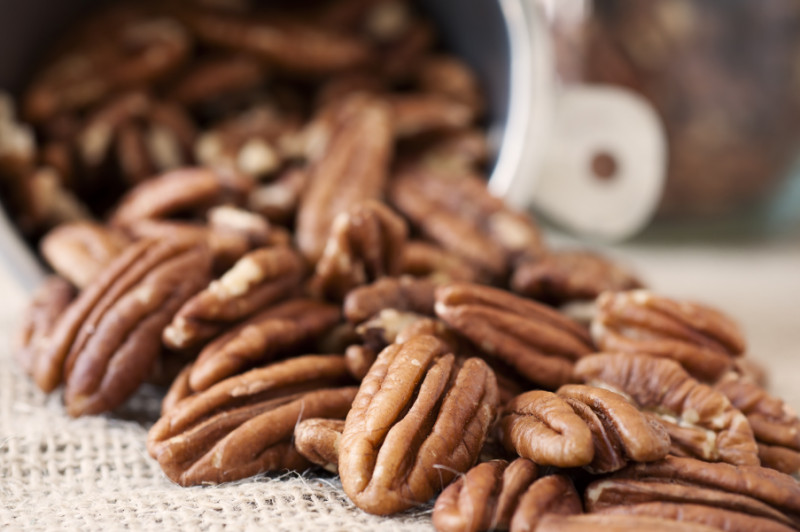