Johnny Zwahlen remembers the noise of falling pecans hammering the large kitchen pot he held over his head as a child.

“Grandpa had a shaker mounted to the tractor that shook trees so hard the ground trembled like an earthquake,” Johnny says. “My ears are still ringing from those pecans drumming that metal pot.”

Johnny and his wife, Janet, high school sweethearts nearing their 40th anniversary, live on a farm near Oswego that has been in his family for 76 years.

“My Great Uncle John Wiseman walked with a cane,” Johnny says. “He planted our first grove by sticking his cane in the ground, then dropping in a pecan.”

Dr. Bill Reid, manager of Kansas State University’s Pecan Research Station in nearby Chetopa says, “The soil of the Neosho River flood plain is deep and fertile, but full of clay. Although it’s often either too wet or too hard to farm, it’s perfect for growing more than 8,000 acres of pecan trees.” 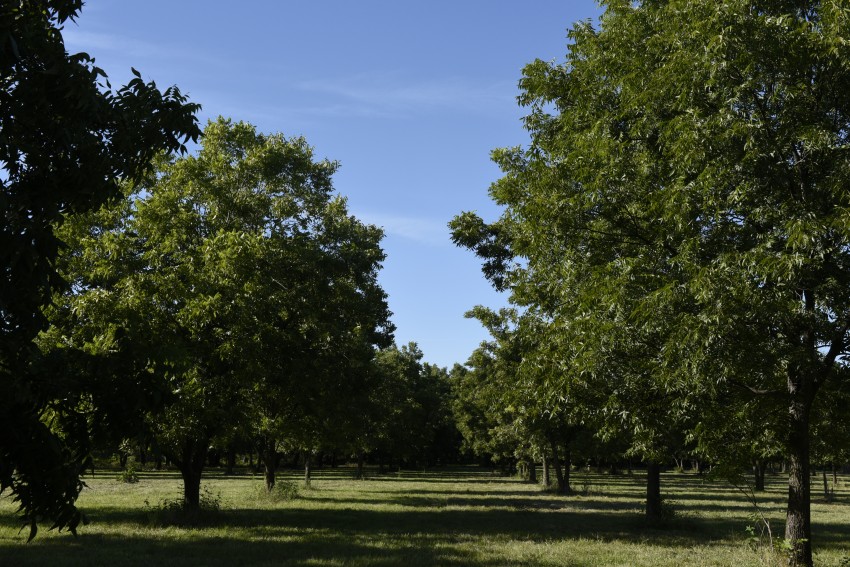 The Zwahlens prepare in August for harvest that starts after the first frost in November. They mow the grass short enough to pick up fallen sticks, but tall enough to hide pecans from wildlife.

“Beating the critters to our pecans is like a 50-yard dash,” Johnny jokes. “Squirrels, turkeys, raccoons and crows eat our pecans the minute they’re ready. There’s also a herd of 70 deer that roam this area and when they finish eating all the soybeans, they start on our pecans.”

Once the pecans are ready to harvest, Johnny backs his tractor up to a tree. A thick belt wraps the tree snugly then shakes the pecans loose.

After the pecans drop, Johnny drags a stick rake behind his tractor to pick up branches that have fallen. Janet picks up the smaller sticks the rake misses.

“You wouldn’t believe how many little branches fall out of a tree,” Johnny says. “I look up in a tree and don’t see any branches that will fall, then I shake the tree and it looks like a tornado went through.”

“Johnny took me out on pecan-picking dates in high school and I was assigned the task of picking up sticks,” Janet says. “You’d think I would have realized what he was getting me into for the next 40 years. At least he doesn’t make me wear a kitchen pot over my head.”

After the sticks are raked, Johnny hooks the pecan picker behind the tractor. A spinning drum with 500 finger-like rubber tubes pick up the pecans and throw them on to a conveyor belt which leads to a hopper. 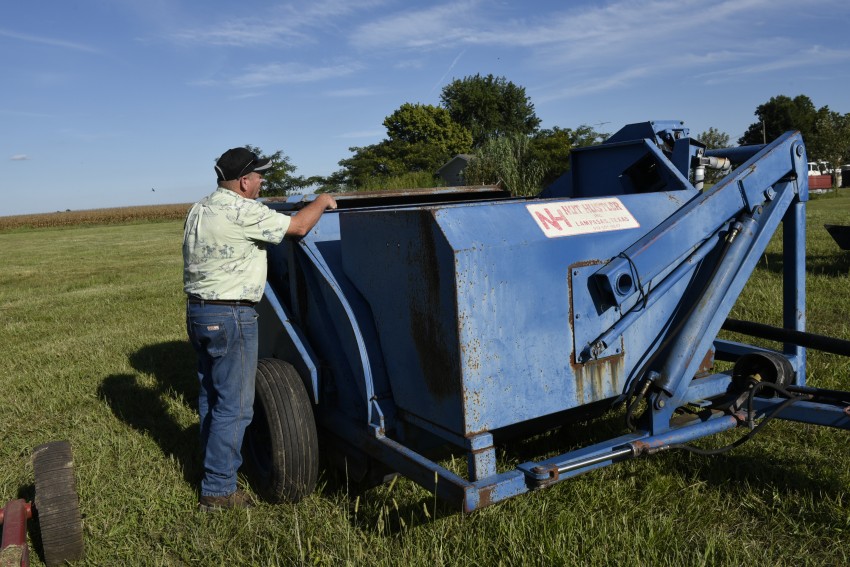 “Pecans are not like other crops that you can take to the grain elevator with some field debris in it,” Dr. Reid says. “Pecans have to be 100 percent clean when they arrive at the shelling plant.”

Johnny takes the pecans to his barn for the cleaning process of removing the shells, sticks and other debris.

“This is the second new barn we built in the same spot since we moved here,” Johnny says. “We had a pecan tree that was 17 feet in circumference and estimated to be 300 years old. An expert logger assured me the tree would never fall where I wanted to build the barn. Sure enough, I built the barn and the tree fell right smack dab on top of it.”

One of our biggest cleaning problems is caused by armadillos.They make little dirt clods that harden and the picker can’t tell the difference between a dirt clod and a pecan, so we have to hand sort them. These critters around here make for a lot of extra work.”

Once the pecans are cleaned to their satisfaction, the Zwahlens take them to Afton, Okla., to the shelling plant at Miller Pecan Company. 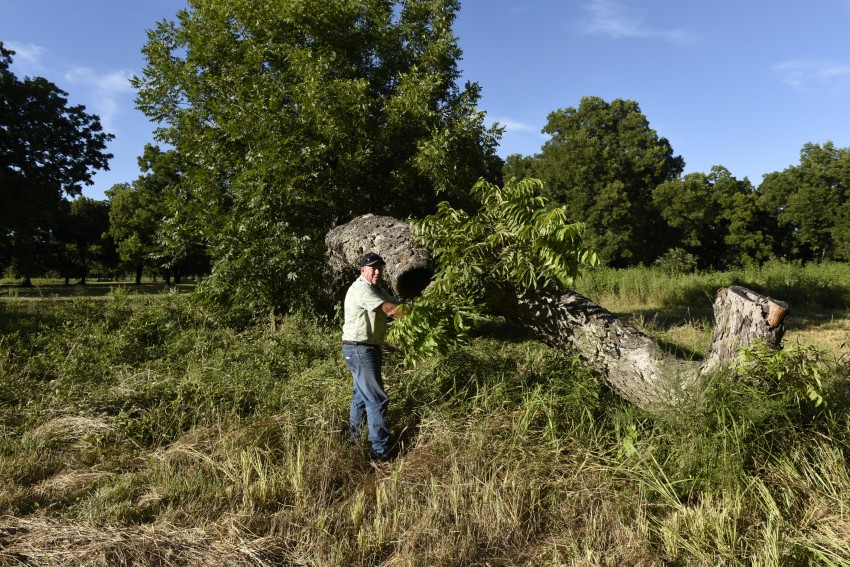 In a good year, the pecan trees will produce up to 1,500 pounds per acre. The price per pound fluctuates each year like all crops based on supply and demand. The Zwhalens carefully select the best pecans to ensure they sell a premium grade.

Dr. Reid says, “For centuries, families shelled their pecans at home, but commercial shelling started in the big cities in the 1920s. Young boys around here climbed the trees with baseball bats to knock the pecans loose then people gathered them in gunnysacks to sell to the local grocer. The grocer loaded them on railroad boxcars bound for shelling plants in Chicago.”

“We used to sit around the house in the winter and shell pecans when I was a kid,” Johnny says. “Boy, I sure got tired of that no matter how good they taste.”

Dr. Reid says, “There are thousands of varieties of pecan trees, but the best nut for flavor and nutrition is from the Kanza tree. Although smaller than other varieties, it is a choice food for eating as a snack or adding to cooking and baking. The nut meat is dense with 70 percent unsaturated fat and high in energy; the American Heart Association labels it a heart healthy food.”

Like all nuts, pecans fall in the protein category of USDA’s My Plate dietary guidelines. Early Native Americans referred to pecans as the nut that needs a stone to crack.

“We eat pecans on everything,” Janet says. “If it calls for one cup, I put in two.”

Dr. Reid now finds baby boomers are planting pecan groves as a legacy. The trees begin producing after 20 years and will produce for another 150.

“Our five-year-old granddaughter likes to help us,” Janet said. “But she’s like me; the novelty of picking up sticks wears off quickly. We hope one day she will pick pecans with her own children and grandchildren in our family’s grove.”

For 76 years, people have called 620-597-2708 to talk to the owners of the Zwhalen Pecan Farm. Johnny and Janet hope that same phone number works for another 76 years.

Even then, the first tree that Uncle John planted with his cane will still be producing.