Kerry Walker was head over heels for Dan Wiebe the first time she saw him. However, after he spent most of their first date watching baseball on television, she didn’t talk to him again for several months.

“Oh, but it wasn’t just one game,” Kerry says. “He spent all day watching baseball.”

“Well, I didn’t have cable, but they did so I couldn’t help myself,” Dan blushes.

Although she was perturbed, he was persistent and they married in 1993. Dan grew up on the Oaklawn Vue Dairy north of Whitewater. His grandfather started the original dairy in 1926, then his father continued until they closed the dairy in the ‘90s. His father was ready to retire after 32 years of milking, and Dan didn’t live close enough to commute two times a day.

In 2010, Dan and Kerry moved to the farm and resumed operation of the dairy.

“The dairy had been closed for a few years and, when we decided to reopen it, we looked for just the right name,” Dan says. “We combined the first part of Kerry and the last part of Daniel to make it Keriel Dairy.”

Rather than call them cows, Dan and Kerry often refer to them as “the ladies.” Adorned on their t-shirts is 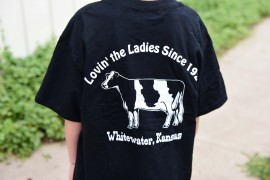 “I’ve often said Dan has black-and-white blood in his veins,” Kerry says, referring to the Holstein cows. “He wakes up at 3:45 each morning and goes to bed at 10 o’clock each night, seven days a week. You have to love cows a lot to work that hard every day of the year.”

Dan and Kerry have five children who all take turns milking cows. Even 7-year-old Kyler is in the rotation.

“I’ve always liked milking cows,” Dan says. “But you can plan every few years there will be some kind of downturn and the bottom will fall out of milk prices and we lose money. It’s kind of hard to go to work every day for nine or 10 months in a row knowing that you’re losing money. But it will usually turn around in time.”

As one walks through the stalls, listening to the rhythmic whooshing of milking machines and the occasional gentle moo of a cow, it’s difficult to understand that what happens in other parts of the world determines whether Keriel Dairy makes a profit or loses money. 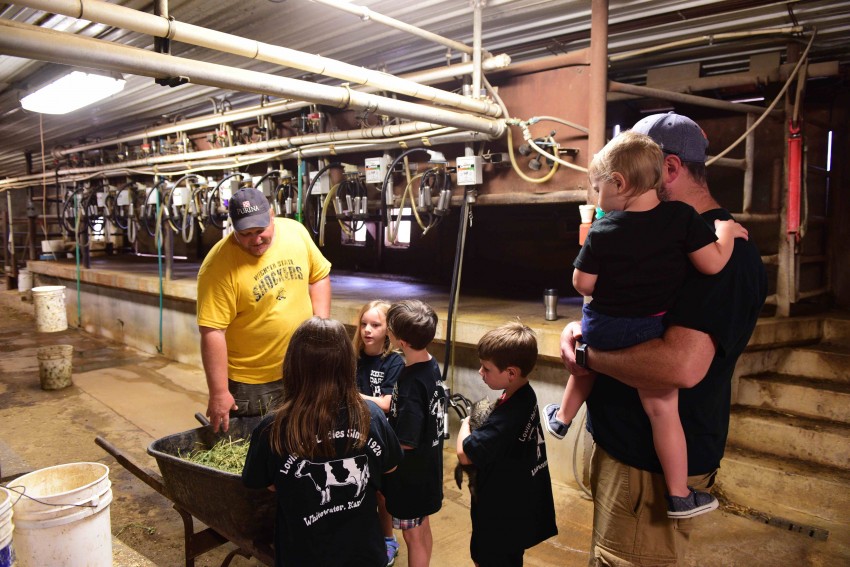 “Last year, the European Union lifted their milk quota system and suddenly there was too much milk on the global market, so our prices fell,” Dan says.

In 2017, more than 1,700 dairies went out of business in the U.S. because of a change in both the European lift on milk quotas and a change in Canadian laws that limited the sale of U.S. dairy products there. Fortunately, the American Farm Bureau Federation is a strong advocate for dairies and is currently advancing the Farm Bureau’s Dairy Revenue Protection program and arguing for a dairy-friendly North American Free Trade Agreement (NAFTA).

The daily struggle with global influences has caused Dan and Kerry to create new revenue streams on a more local basis. In addition to milking more than 100 cows twice a day, Dan and Kerry are creating a combination of agricultural tourism and entrepreneurial opportunities on their farm. The close proximity of the dairy to a well-traveled road within an easy drive of Wichita makes it a prime location with easy public access.

“We love having people, especially school kids, come to the farm for a tour,” Kerry says. “We want people to know where their milk comes from and to meet our lovely ladies.”

The Keriel Dairy was recently one of the stops for the Butler County Farm Bureau’s Farm-to-Fork outing, which drew more than 135 people from various walks of life interested in seeing farms first hand. There is increasing support from state agencies like the Kansas Department of Wildlife, Parks and Tourism that helped sign into law the Kansas Agritourism Promotion Act of 2004. The Kansas Department of Agriculture’s program, From the Land of Kansas, helps farmers market their goods and services.

In addition to offering tours of the dairy, the Keriel Dairy Barn Sale, which is held both in the spring and fall, is growing in popularity. 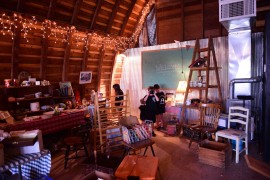 “My sister came up with the idea,” Kerry said. “She said, ‘You have all this space up in the hayloft, you should do a sale of some kind.’ We had our first barn sale in 2012 and it’s grown every year. We already have 35 vendors scheduled for the Fall Barn Sale on Oct.14.”

In recent years, farmers have been shocked at the negative portrayal of their life on the farm from special interest groups seldom concerned with the facts. Rather than to let someone who has never been on farms narrate the story of agriculture, farmers are now more creative and deliberate in telling their own story. Keriel Dairy uses their engaging platform to both show, and tell, the real story of life on the farm.

After a recent Washington Post article stated that 16.5 million people in the U.S. think that chocolate milk comes from brown cows, I scheduled a tour of the dairy with my young grandchildren. They giggled when they felt the suction of a milking machine and, with tiny hands, petted the gentle cows. Now back home in the city, they proudly wear their Keriel Dairy t-shirts and share the stories of where milk comes from with their friends; they’ve fallen in love with the ladies, too. To learn more about the dairy and to schedule a tour, visit www.kerieldairy.com

Want to learn more about dairy recipies? Check out the ways you can use dairy everyday. 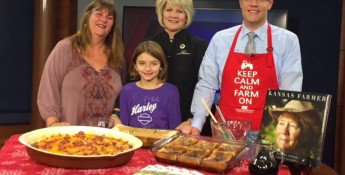 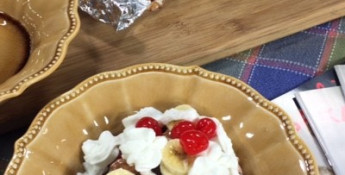 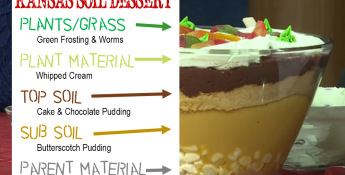 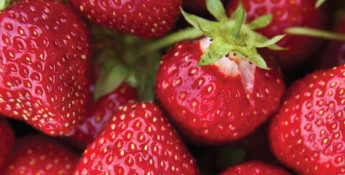 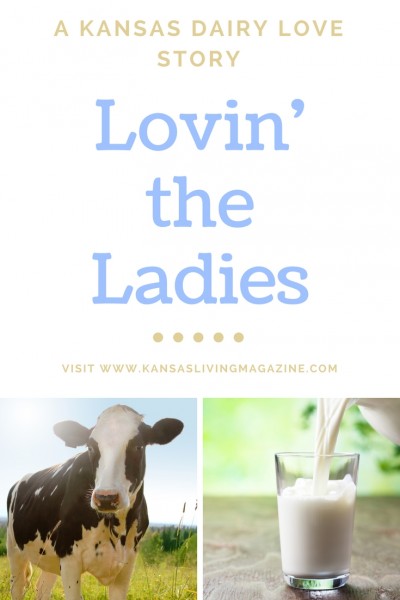