For 30 years, Suzanne Bennett, OB/GYN, delivered children. Upon retirement, she decided to build a goat farm and craft artisan cheese. 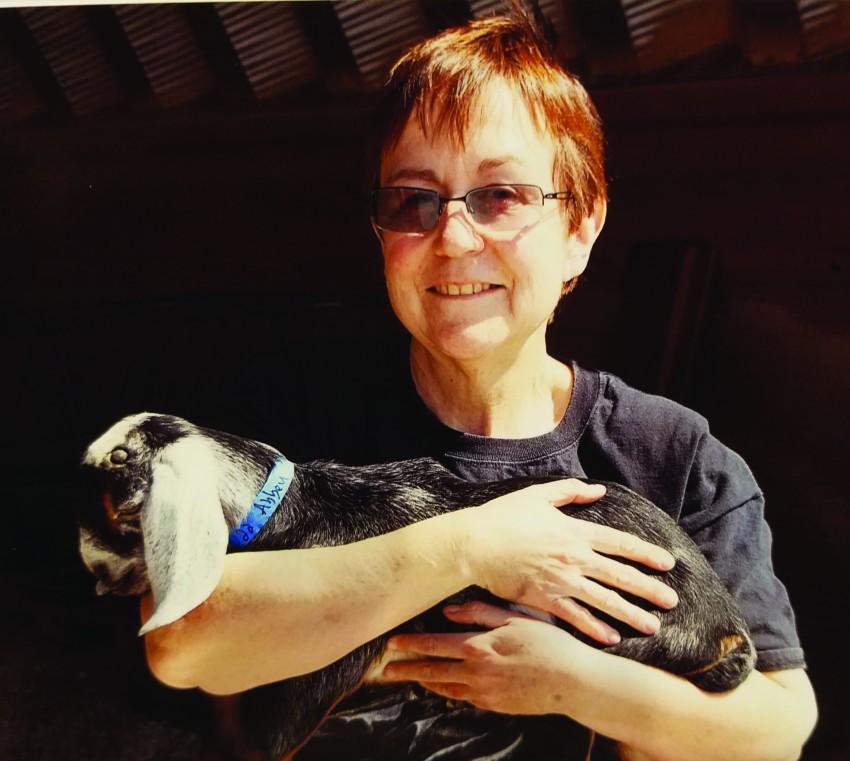 You might say that after all these years, she’s still delivering “kids” — only these kids have four legs instead of two.

As Bennett tells the story, she’s always wanted to make her own cheese. After attending a cheesemaking workshop, she decided to take the plunge.

“I continued to make my own goat cheese at home, but discovered quickly that finding clean, reliable goat's milk was a big challenge,” Bennett says. “I also found buying the milk was expensive. That’s when I decided to raise my own goats and produce my own milk.”

After visiting four different goat dairies in four different states, Bennett began designing and building her own Grade A dairy facility in Manhattan in 2014. Construction was completed in mid-2016, and the first kidding (birthing) occurred in February 2017.

Some of the breed’s distinguishing characteristics include large, pendulous ears and a Roman nose. Nubian goats lead the way in butterfat production among dairy goats: they produce, on average, 4.6 percent or more butterfat content.

At Holy Goat Creamery, most of the milk goes toward making cheese. Bennett’s menagerie consists of seven milking does, 11 yearlings, 14 kids and six adult bucks. The small amount of milk that does not wind up as cheese is fed to the kids a few days after birth. They receive milk for the first three months of their lives.

The “girls,” as Bennett calls her does, are milked six at a time, twice each day. The goats each produce approximately a gallon of milk per day. 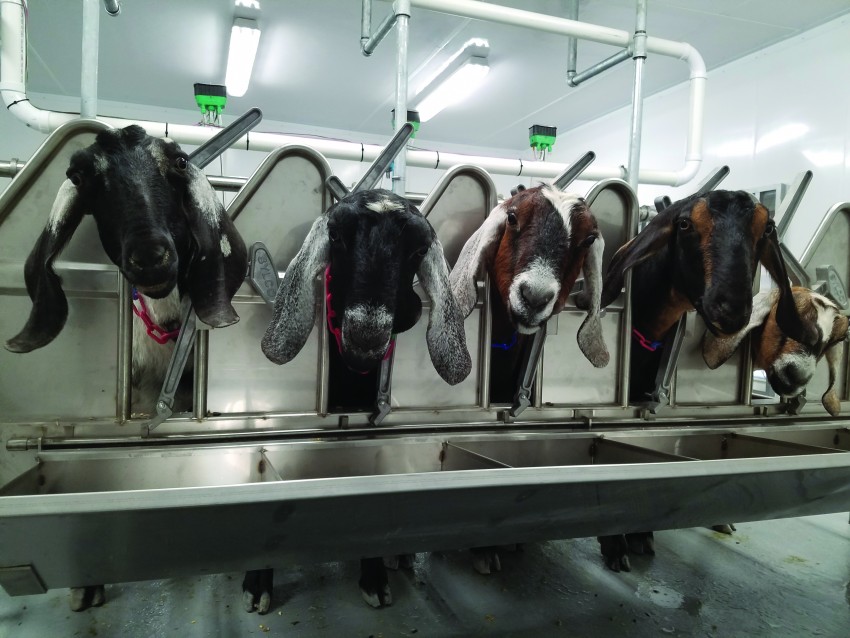 While in the milking parlor, the does refuel and receive a gingersnap when finished. The gingersnap is a small reward and cannot be tasted in the milk.

“One of my girls doesn’t like gingersnaps so I feed her a vanilla wafer instead,” Bennett says.

Milk flows directly from the milking parlor to the bulk tank. Once in the bulk tank, the milk is chilled to 35 degrees and held at this temperature until it’s used within 72 hours (in keeping with the Kansas Department of Agriculture’s regulations). Milk moves from the bulk tank to a vat pasteurizer in the cheese room.

Pasteurization begins by raising the temperature of the milk to 145 degrees and holding it there for 30 minutes. It is then rapidly cooled to the temperature required for the type of cheese made that day.

Here’s where Bennett combines her love of making cheese with her expertise in the science of raising the healthiest milk producers possible. Records are kept that detail the date, pasteurization temperature, times and gallons of milk pasteurized.

Next, depending on the cheese type, the curd is scooped out or cut to remove the whey. Further whey can be removed by hanging or draining the curd in colanders lined with butter muslin or cheese cloth. Herbs are added later in soft cheeses.

While some cheese is sold through the Manhattan Meat Market, the marketing plan is to sell the goat cheese to restaurants and casinos in the region.

“There’s nothing better than good cheese,” Bennett says. “It’s packed with protein, butterfat and flavor. Our goal is to establish our niche in the artisan cheese market.”

Holy Goat produces two cheeses. Chèvre, which literally translates to “goat’s cheese” in French, pairs perfectly with virtually any meal or snack. Chèvre features a creamy texture and an earthy, tangy flavor. The other cheese produced on the Riley County dairy is feta — arguably one of the most famous Greek cheeses. Traditionally, feta is a pickled curd cheese featuring a tangy, salty flavor. 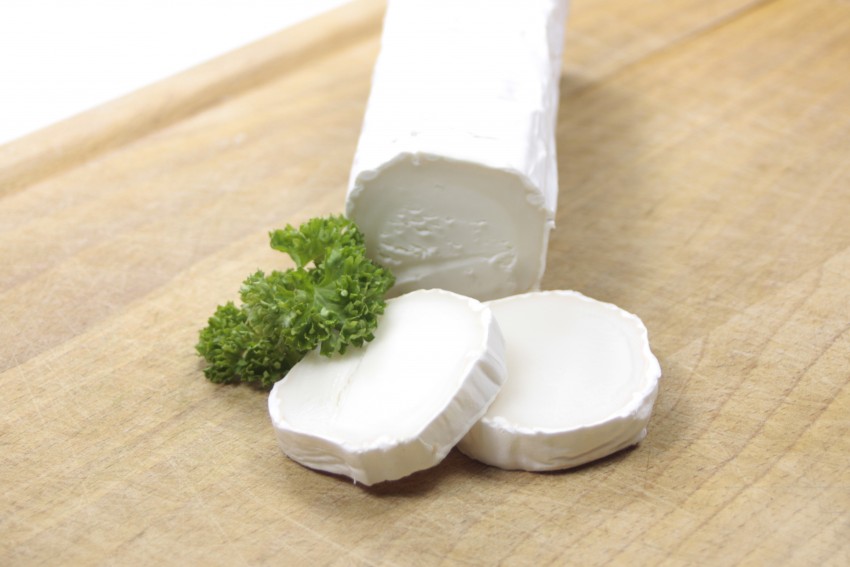 Feta cheese is vacuumpacked and brines in its own whey at Holy Goat Creamery. This process reduces the brine-tank procedure and decreases contamination risk.

Holy Goat feta tastes best when served as a table cheese, atop a salad or pizza, or paired with olives, nuts and a glass of wine.

“Our two cheeses provide so much versatility,” Bennett says. “They can be used for dips, mixed with scrambled eggs or made into cheesecake. On Valentine’s Day, we make chocolate cheese truffles that are to die for.”

Making all their cheeses in small batches ensures the highest flavor profile and textures. And while the business started strictly to produce milk, it’s become much more than that.

“The animals make it all worthwhile,” Bennett says.

She’s spent countless hours learning to perfect her husbandry skills, how to ensure the health and safety of the animals, as well as how to maintain the quality of the milk and cheese products.

“In many respects, my medical experience has been invaluable,” Bennett says. “The genetics, breeding, labor and delivery and lactation phases of goat management are not much different from my previous practice.”

At Holy Goat, the birthing process remains key to the success of the creamery. Each doe’s birth is attended. Because many of the does deliver more than one baby, birthing challenges can arise, Bennett says.

When a birth becomes eminent, she pulls out her cot and spends the night.

“Sometimes the girls need me and sometimes they don’t, and that’s even better,” Bennett says.

While there is no veterinarian on site, Holy Goat Creamery utilizes the Kansas State University School of Veterinary Medicine located a couple of miles south of the farm. The vet school provides health checks, vaccinations and blood testing.

“This has been a wonderful collaboration and KSU Vet Med has been a tremendous asset,” Bennett says. “We're so grateful to have them.”

Yes, the goats receive kid-glove treatment on Bennett’s farm. They live in a state-of-the-art facility that’s cool in the summer and warm in the winter.

Goats can be fair-weather friends, Bennett says. They’ll go out in the sun but if it’s windy or wet, they beat it back inside.

“Our goats enjoy an indoor-outdoor loafing area, five pastures strictly for recreation, a limestone rock formation for sunning and the companionship and protection of our three dogs,” Bennett says. 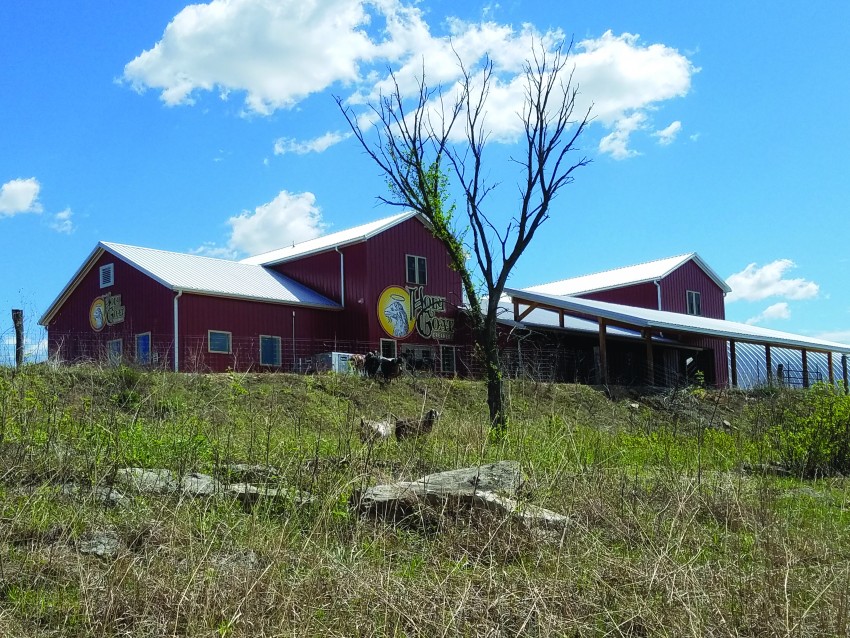 While people rave about the feta and Chèvre cheeses from Holy Goat Creamery, Bennett likes to tell about a six-year-old who toured the farm recently and after sampling the cheeses told her, “I really like the crackers.”

To learn more about Holy Goat Creamery, including where you can purchase products, visit www.holygoatcreamery.com. 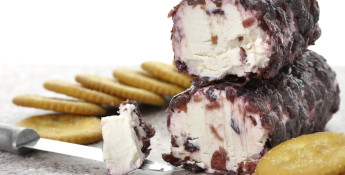 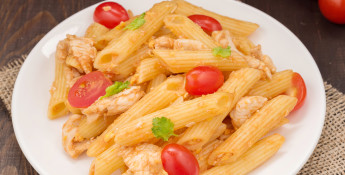 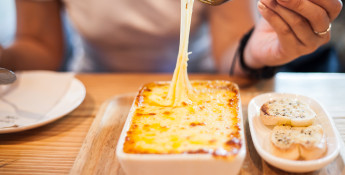