The Schmitz family dairy began in the 1960s with the patriarch dairyman milking cows by hand to sell cream across the county. Over time, the cow herd increased, children came and the family built its first grade-A milk barn in 1971 that afforded the Schmitz family the opportunity to expand the herd. 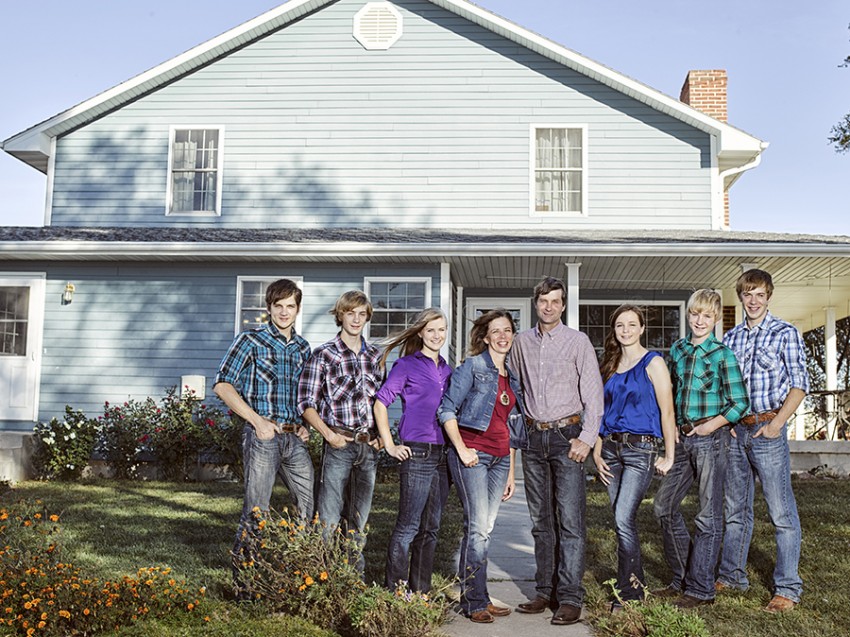 It was on that farm where Joe, a second-generation dairyman, started to find his way and gain his passion for life with cows.

Joe grew up on that dairy, but his passion for the dairy life began when his neighbor encouraged him to enter one of his  cows into a neighboring county’s fair. He entered the cow into the competition and received not much more than a participation ribbon. Learning from the experience and always striving to be better, Joe entered that same cow in his own county fair the following week and won grand champion.

That experience gave Joe more than just a purple ribbon. It shaped Joe’s approach as a dairyman and he would forever be focused on learning, improving and becoming the best dairyman he could, while raising the healthiest cows he could.

Since he married his wife in 1992, he has increased the dairy herd from 40 cows to 80. And since taking over the farm, he has always maintained that 4-H approach of always learning and striving for continuous improvement. One such avenue for his continuing education has been K-State Research and Extension.

“Extension has been a big part of putting on educational workshops for me,” Joe says. “Whether it be on better cow health management, how to introduce fans or soft sand bedding to make your cows more comfortable, or how to properly vaccinate your cattle to keep them from being sick, Extension has been a huge help over the years.”

That commitment to learning and continuous improvement doesn’t just manifest itself in Joe’s work habit of waking up at 4 a.m. every day. That dedication and and commitment is also evident in the health and production of the herd. Like all dairies, the milk he sells must be independently tested for somatic cell levels.

The somatic cell count indicates if any of his cows are sick or becoming sick. If a cow has bacteria present in her milk, Joe will call the local veterinarian to come to the farm and personally prescribe antibiotics to get her healthy again.

“I feel like I belong with my cows,” Joe says. “If you see a cow that is showing signs of being sick, you want to do something about it very quickly. You want what’s best for them.”

It is in this spirit that Joe, like most dairymen, approach herd health. He does so on an individual basis and always under the close eye of a licensed veterinarian. There is a debate about whether or not antibiotics end up in the milk purchased at the grocery store. A misunderstanding of how dairy cattle are treated, tested and the records involved with making a cow healthy again have led to a growing call for “organic” milk.

However, there is no debate in Joe’s mind.

“I know that the milk I sell is healthy and free of antibiotics,” he says.

When Joe, under the guidance of an on-site veterinarian, administers an antibiotic to a cow to bring her back to health, he puts a light-weight, red leg band on individual cow. Her milk is then removed from production to make sure none of her milk will ever reach human consumption. After the FDA mandated “withdrawal” time has been reached, an independent lab
will then test her milk to make sure she is free of any somatic cells or antibiotics. Only after all of the testing is complete and she has been given a passing grade, can her milk go into human consumption again.

The milk is also tested at each milk plant to check for any antibiotics or somatic cells levels. Joe’s attention to detail, passion for herd health and love for his job has earned him the distinction of having the lowest somatic cell counts in his county, which means his cows are healthy and the milk he produces is too.

Want to learn more about dairy cows? Check this out: 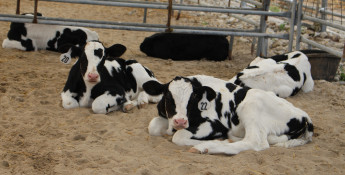 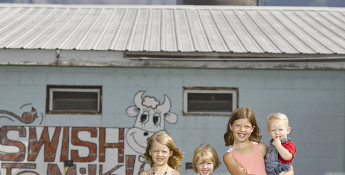