The average calorie you consume travels 1,500 miles before it reaches your plate. That’s even farther than the distance between Kansas City and Montreal, Canada. Unless you grow your own food, it can be difficult to get locally grown fresh fruits and vegetables year-round in Kansas because of the severity of our weather. Even if you do source from a local farmers market, they’re only open six to eight months of the year.

We rely on a complex food system with enhanced food preservation methods to enjoy strawberries and lettuce in winter. We’re fortunate to have a robust and reliable (even when tested with a pandemic) food supply chain, but entrepreneurs are finding ways to make food accessible in new, interesting ways that don’t have to travel those 1,500 miles.

Brad Fourby began Leafy Green Farms near Pittsburg to provide a new kind of farming called vertical agriculture. In this type of farming, crops are grown on upright racks inside shipping containers. Instead of growing in soil and being exposed to weather extremes, insect infestation and other threats, crops in vertical farming are grown hydroponically in a controlled environment all year.

"Until the pandemic, I lived in California and worked for Energy Group Consultants whose headquarters is in Pittsburg," Fourby says. "Ron Morris, the CEO, suggested I move to Kansas. At first, I refused because of the impacts of COVID-19."

Fourby suggested to Morris that if he did come to Kansas, he'd like to start a vertical farm to help implement ways the town could procure produce for hyperlocal consumption—a food system designed to have food as close as possible to the end buyer. He knew places in California had them, but they were typically at the homes of the wealthy who used them for their own kitchen. However, Fourby designed a business plan where the vertical gardens would turn a profit by finding local markets for the produce at hospitals, schools, restaurants, farmers markets and grocery stores. His company agreed to help cover some of the time Fourby would be working on the vertical farm, so he packed up and moved to Kansas.

“Network Kansas and the Kansas Healthy Food Initiative put up $15,000 to see if we could help produce food and make an impact, and that money was stretched as far as possible to make it work,” Fourby says. "The first farm arrived on June 1, 2021. It was a shipping container that looked like a jigsaw puzzle inside. I assembled it and planted the first crops a month later. I grow from seed to harvest." 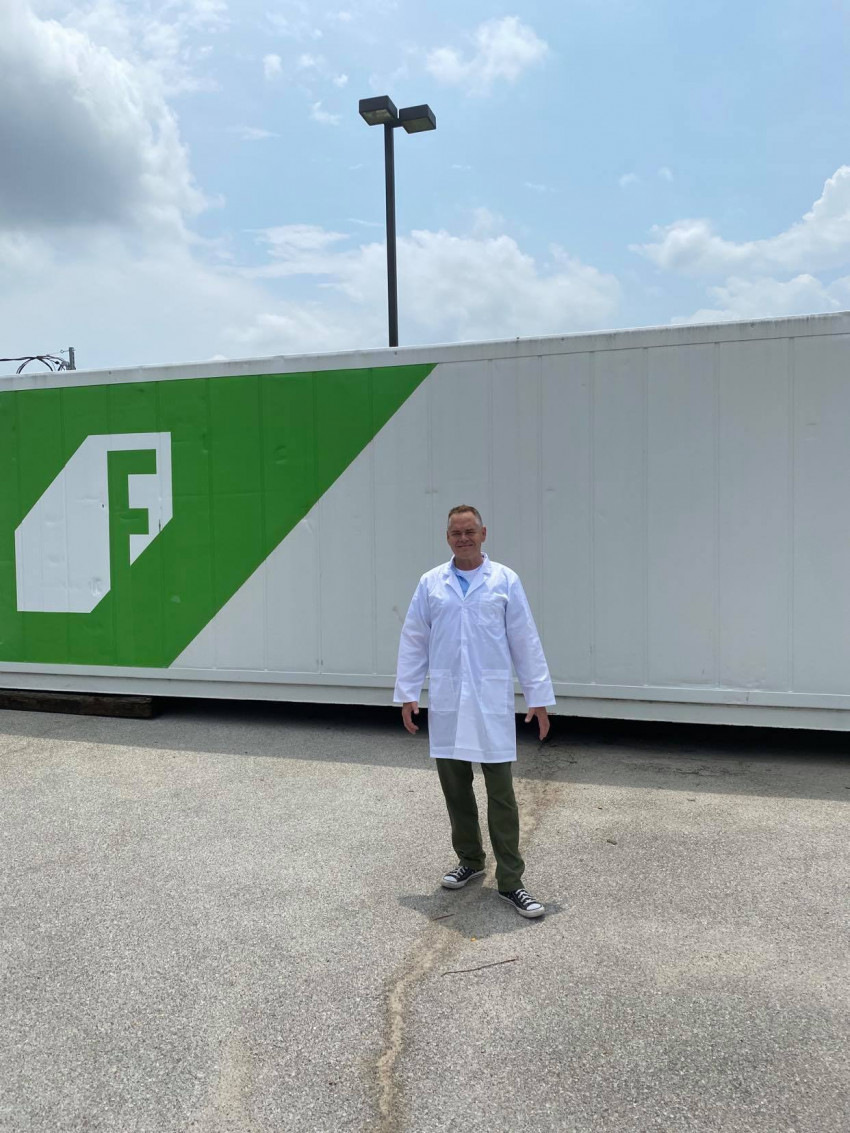 In addition to the 600 heads of lettuce he can grow at one time, other crops are mixed in like Swiss chard, basil, purple basil, bok choy and other exotic greens.

“The surprise hit has been wasabi arugula,” Fourby says. “It has a horseradish taste that adds another dimension for chefs to use. But I just haven’t perfected spinach yet. In fact, I’m a serial killer when it comes to spinach.” 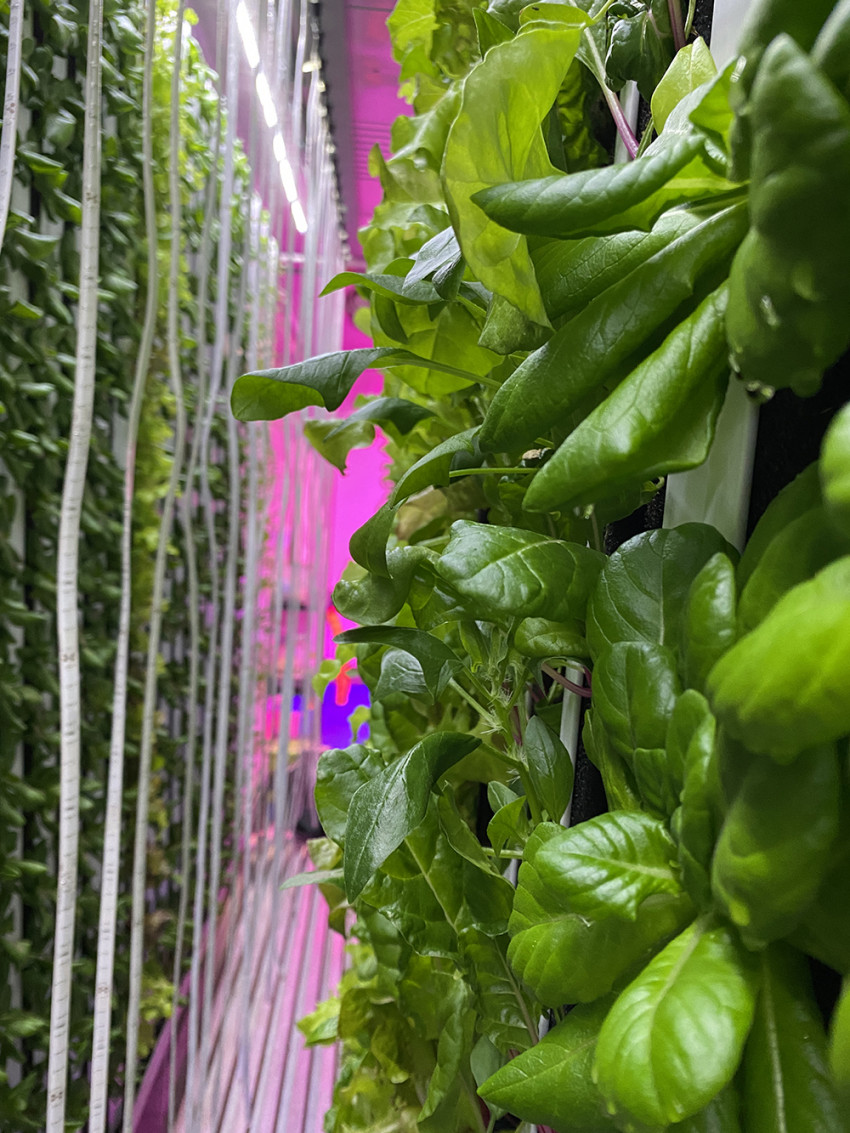 Despite his unsuccessful venture in spinach, the vertical farm Fourby started gained the attention of the local community.

"Shortly after we got the farm operational, a teacher came out from the local high school," Fourby says. "More teachers came back and then they brought the superintendent. They wanted a farm on their campus with a broad-spectrum approach."

Aubry Ross, a science teacher at Pittsburg High School, is excited about the emerging relationship with Leafy Greens Farm.

"We started this project with the idea to provide students taking botany and culinary a broader understanding of where their food comes from,” Ross says. “Southeast Kansas has limited access to high-quality products, and what is available in the grocery store is often much more expensive. Salad is not food most students eat at home.

Ross implemented what they call a “Freight Farm” for Pittsburg High.

“After hearing about Brad and his farm, we were mesmerized. Culinary instructor, Chef Anthony Fischer, and I designed ways a Freight Farm could benefit our school district. Not only will we be providing the nearly 100 students in our classes with skills related to food security, farming, business operations and food handling safety, but we will also be providing our entire student body, more than 900 students, with fresh, hyperlocal, nutritiously dense food. Our cafeteria uses roughly 20 pounds of pre-packaged salad mix daily.” 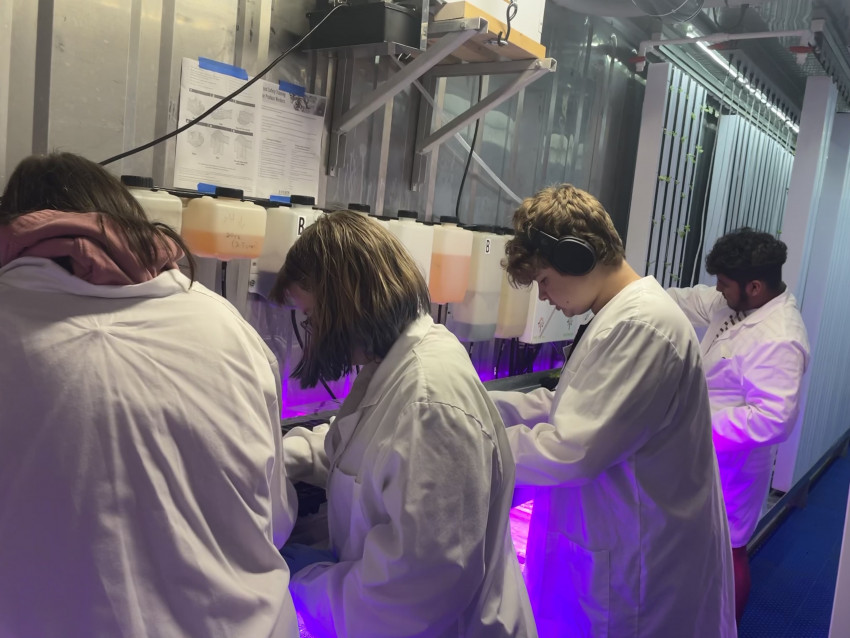 In addition to feeding peers, the vertical farming method at Pittsburg High is providing a service to the community.

“Our students plan to sell our products to the Pittsburg Farmers Market and have ideas to expand our reach as the program grows,” Ross says. “We want to see other schools become more self-sustaining, and we believe a Freight Farm is one way to do that.”

Fourby, a Navy veteran, also believes military servicemembers are potential adopters of this farming technology and has had conversations with Maj. Gen. Tod Bunting of the Servicemember Agricultural Veterans Education (SAVE Farm) near Manhattan.

"This would be a great way for veterans who are interested in farming to get into a small operation," Fourby says. "Some soldiers have mobility issues so being able to work in a small, productive space is easier for them than on a large farm with big equipment. Plus, most can’t afford large acreage and expensive equipment. You could put one or two of these farms in your back yard.”

Fourby and Ross both refer to these units as farms rather than gardens.

“When we harvest, it’s like harvesting two acres,” Fourby says. “That’s out of one unit that only takes up 320 square feet.” 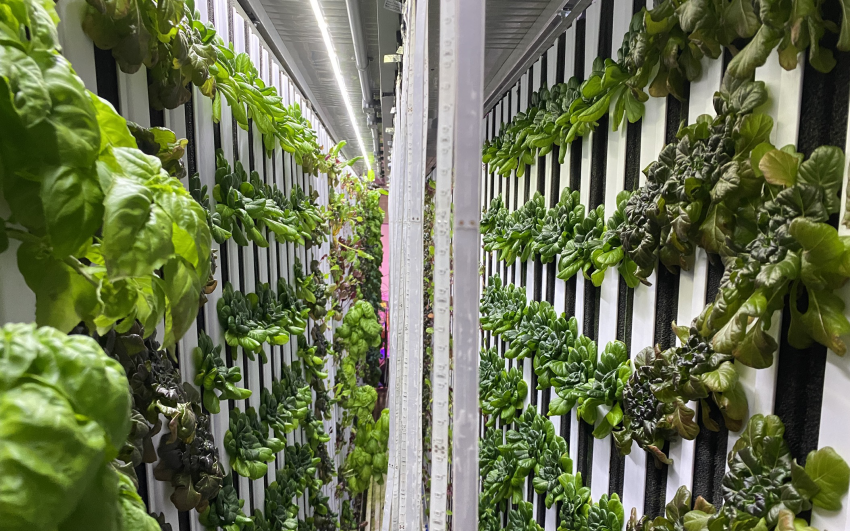 Although vertical farming has been around for a while, often it is done for high-end users making it difficult to have access to healthy food in lower income areas and rural communities. Fourby is more interested in how these can be used in rural communities to provide business opportunities and hyperlocal food.

Vertical agriculture is an opportunity in Kansas to add robust local food systems to the global intricacies of enjoying the options we have at grocery stores and in restaurants, no matter what season we’re in. 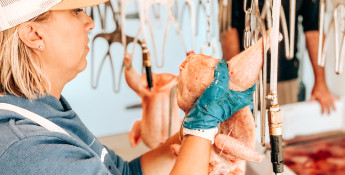 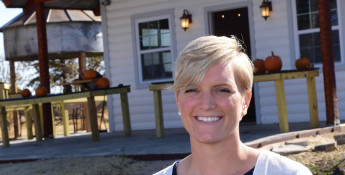 Providing for the community 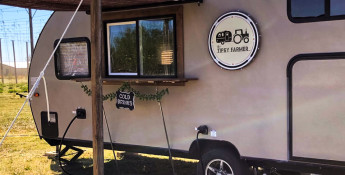 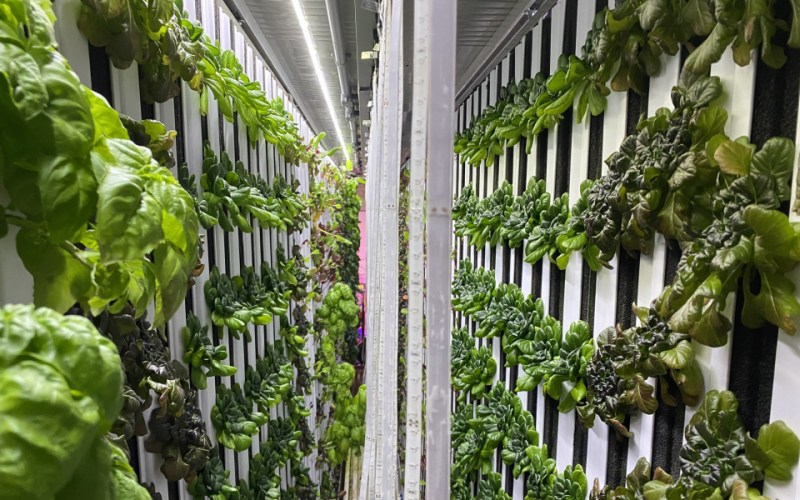