From growing up in rural Kansas with no electricity and no formal education beyond high school to eventually earning an honorary doctorate. From humble farm-life beginnings to owning numerous manufacturing patents and one of the largest, privately held companies in Kansas.

Don Landoll, of the Landoll Corporation in Marysville, weaves lessons learned growing up into his business philosophy and the successes he’s earned.

“I didn’t start out with the idea of owning a big company with a lot of employees,” Landoll says. “I got here one step at a time, one friend at a time, one lesson at a time.”

Lessons from growing up on a farm

He shared growing up on a farm outside of Hanover provided many life lessons.

This was just the start of Landoll’s experiences of on-the-farm learning. With 22 cousins living and farming near each other, the Landoll home was where equipment went to be repaired.

“Back in those days, you didn’t run to town whenever you needed something, so you learned to make do with what you had,” he says.

It was there, learning how to fix and build a variety of things, he learned one of his most valuable life lessons: Take what you know to figure out what you don’t know.

“My dad had taken a gas engine off an old Maytag washing machine and told me, ’Let’s make a tractor for your little brothers.’ We scrounged up the parts and made a little tractor that worked like a top. I took what I knew to figure out what I didn’t know.”

It has been that common-sense principle that has guided Landoll through the numerous challenges and opportunities of life. That self-reliant, can-fix-anything attitude has served him well as he went from building his first metal stock rack with a Landoll brand in his first welding shop to owning patents that revolutionized an industry.

Landoll also attributes his work ethic to lessons learned on the farm.

“I was raised with my parents and four German grandparents who taught me the value of hard work and faith,” Landoll says. “People sometimes say I’m lucky, but I’ve always believed the harder you work, the luckier you get.”

A unique quality of Landoll is his genuine humility as he quickly defers praise toward others. He articulates this through an old farm proverb warning people about being too greedy and arrogant: “I learned on the farm that pigs get fed and hogs get slaughtered,” Landoll jokes. 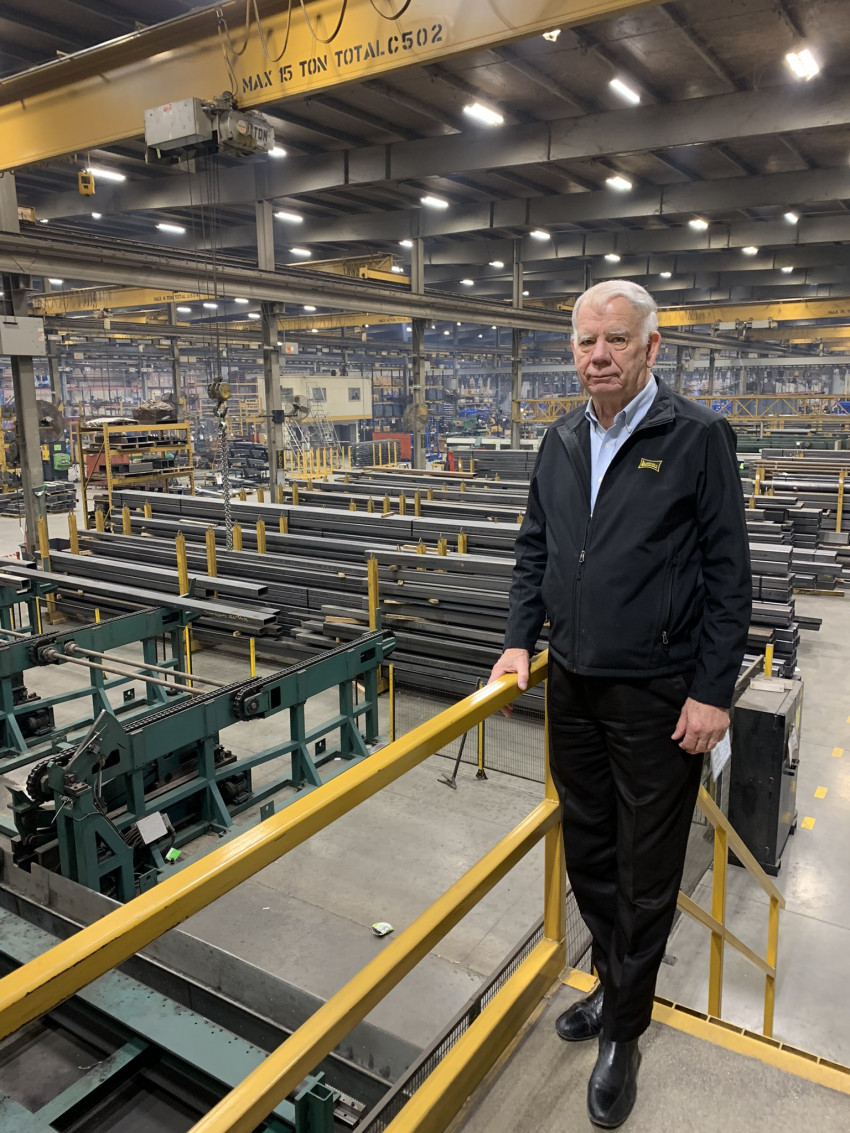 Landoll was born in the 1940s during World War II, and by the time he reached middle school and high school, some teachers were wounded veterans.

“Sometimes, these guys would tell stories of war and what it took to survive,” Landoll says. “Although their stories took us far away from the lesson, those days were not wasted on us. The lessons they taught us were filled with what it takes to survive anything in life. There was a lot of common sense taught by them.”

Once Landoll was of age, he attempted to enter the military because of the influence of the veterans and a desire to learn a trade since trade schools had yet to be established. A birth defect in his feet kept him from being accepted since rigorous marching is a requirement for a soldier.

That disappointment caused him to look locally for a business to learn a trade. Soon, he began working for Hanover Manufacturing.

Lessons from cheerleaders up and down the street

In 1963, the opportunity came for Landoll to own a business in partnership with another man, whom he later bought out.

“I had cheerleaders up and down the street who encouraged me,” he says. “At one point I had three employees and a businessman down the street congratulated me and told me one day I would have 10. I don’t think either one of us dreamed that someday I’d have more than 800 employees, but his belief in me was a source of inspiration.”

Another cheerleader and business mentor was a banker, Elma Kersten. Her business sense and willingness to share with Landoll helped him make smart financial decisions.

“Once I had various loans on different pieces of equipment and I asked her to consolidate them all into one loan and she told me, no, that each piece needed to pay for itself.”

“If I have four product lines and one suffers, I still have 75 percent,” he says. “If I have one component and it suffers, I’m 100 percent at risk.”

Lessons from a community of faith

The community around Hanover – named after Hanover, Germany –is historically 98 percent German Catholic/German Lutherans and those influences on Landoll’s life come through by his commitment to excellence and his community philanthropy.

He attended St. John’s Catholic School where his teachers were Benedictine nuns and Father Henry.

“Father Henry went through the Dirty Thirties and had a black and white photo of where he lived when a dust storm looked like a snowstorm. He and the nuns set high levels of expectation for us from our grades to even our personal appearance,” he says. “Father Henry would make us comb our hair before we could serve as altar boys.”

The commitment to excellence expresses itself in another of Landoll’s principles: Quality is always a bargain.

“We build the best because we are committed to excellence. Plus, in the long run, it’s the best value; breakdowns of inferior equipment cost more money,” Landoll says. “If you buy the best, you are going to do your best and make your best money.”

In addition to the commitment to excellence, he also learned about sharing which is in abundant evidence in Marysville and the surrounding communities. A recent donation of $1 million to assist with the building of an FFA building at the high school is one of the many practical impacts where his generosity has created community pride and support of agriculture.

"I learned my welding trade in vocational ag in high school," he says. "We helped put the new building in with six welding stations in hopes that students would learn the craft and stay and work for us. We want to provide our students with the ability to stay in our community, learn a craft and make a living here without feeling like they need to go somewhere else. We want to keep a home-grown community and workforce." 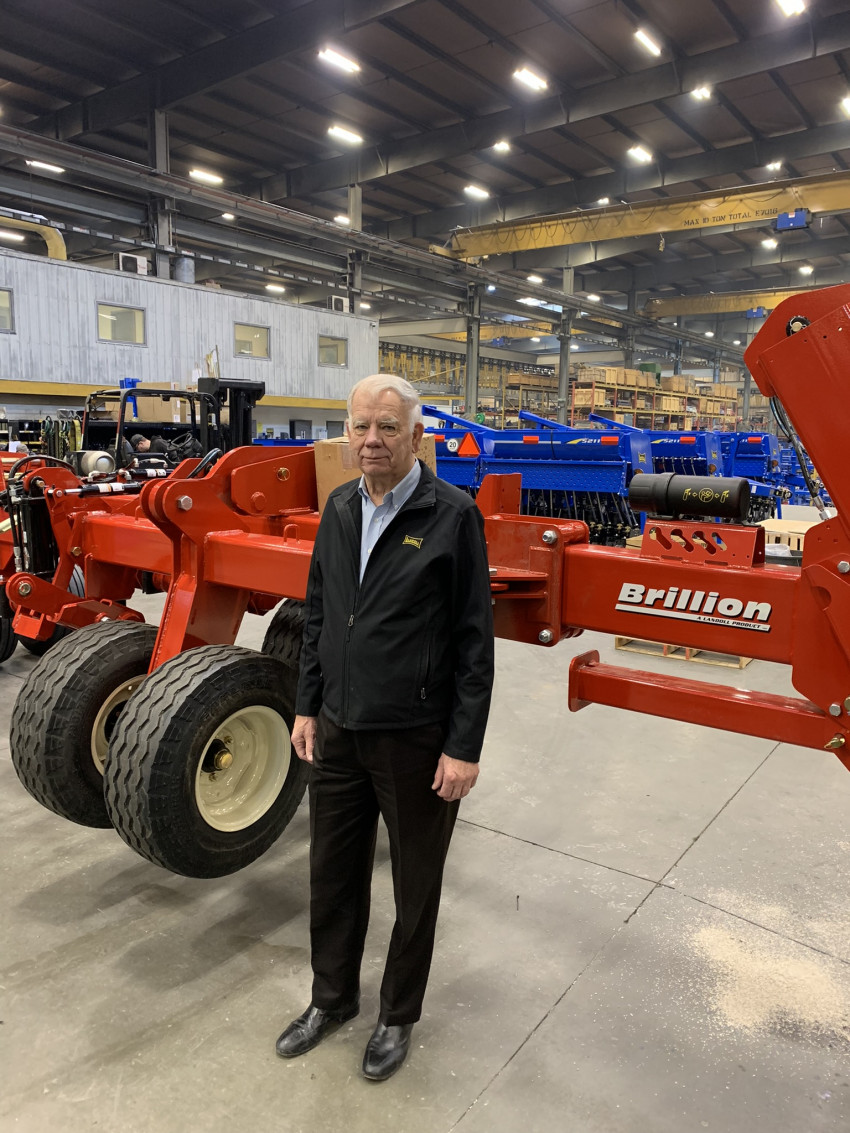 If you compliment Landoll on his successes, he quickly gives credit to others who taught him.

“I learned early on that if you approach a successful person and they see you want to learn, they will help you,” he says.

After all the years of business – Landoll is now 78 – he is still driven by his overarching belief that you must generate, recognize and take advantage of your opportunities.

When asked about secrets of success, one of the lessons he shares is about setting obtainable goals.

In Jim Collins’ book, “From Good to Great,” he attributes the ability of a company to go from good to great upon a Level 5 leader.

“Level 5 leaders display a powerful mixture of personal humility and indomitable will,” Collins writes. “They’re incredibly ambitious, but their ambition is first and foremost for the cause, for the organization and its purpose, not themselves. While Level 5 leaders can come in many personality packages, they are often self-effacing, quiet, reserved and even shy.”

I mentioned to Landoll that I was reading Collin’s book and I believed he fit the description of a Level 5 Leader: personal humility and indomitable will.

With a twinkle in his eye and a smile turning up the corners of his mouth, he replied, “Pigs get fed and hogs get slaughtered." 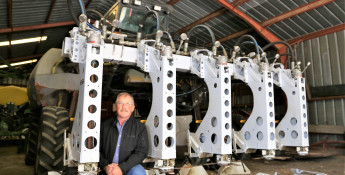 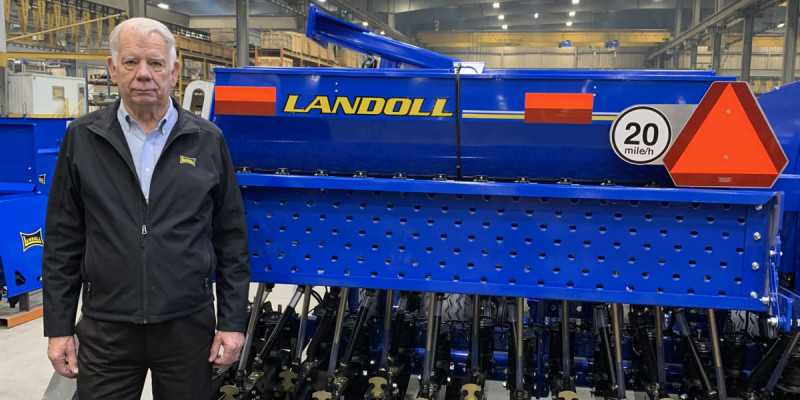