While some home cooks may feel kitchen shears are more of a gadget, I have found them to be an essential tool I employ nearly every time I cook.

From cutting pizza and quesadillas, to snipping scallions, to chopping bacon (and everything in between), below is a list of ways I have found kitchen shears to make a helpful difference for ingredient preparation.

Raw bacon is slippery, and because the texture is rather “mushy” to the touch, chopping it with a knife can be frustrating. Instead, snip bacon into pieces using your kitchen shears. Cooked bacon strips can also be chopped with kitchen shears.

Kitchen shears make short work of chopping fresh herbs. Place the herbs into a small, deep bowl (or a measuring cup), then insert the shears and snip away until the herbs are the desired size. Keep in mind the finer you snip any fresh herb, the stronger in flavor and essence they become.

When cutting biscuits for a pot pie topping or for cutting bread dough into roll-size portions, kitchen shears work like a charm. If the dough seems to stick to your blades too much, simply spray with non-stick spray or brush them with a bit of oil.

Use kitchen shears to quickly trim away the tough lower section of asparagus stalks and the pointy ends of green beans.

If you can’t locate your favorite pizza cutter, break out the kitchen shears to easily cut hot pizza into perfect wedges. Kitchen shears are also handy for making short work of slicing quesadillas as well as flat breads and pita breads.

Use your kitchen shears to snip a big bundle of grapes into individual, snack-size portions. This makes the grapes much easier to pick up from a serving tray and for packaging into snack bags.

Snipping green onions with kitchen shears is so efficient and quick. I love how you can cut several scallions at one time by holding the green sections closely together with one hand and using the kitchen shears in your other hand to slice.

Kitchen shears make cutting fresh broccoli crowns a breeze. First, snip off the larger branches of the broccoli that are attached to the center stem. Next, cut each large piece into smaller pieces (florets). If you like to eat the broccoli stems, use your shears to cut them into coins.

Once you’ve rolled out pie dough to the desired thickness, invert your pie plate on top, pressing the rim slightly down into the dough to make an indention; remove the pie plate.

Now, use your kitchen shears to cut the circle of dough, which will be the perfect dimension for lining your pie plate. Kitchen shears also work well for trimming off dough scraps from the edge of the top pastry crust, as well, just as they do for cutting dough into strips for creating a lattice top.

Kitchen shears are ideal for cutting pastry dough into decorative shapes to garnish and adorn pies, and for snipping a vent in the center of the top crust to allow for steam to escape.

Phyllo dough and puff pastry dough can be cut with shears into whatever shape and size is needed for the recipe.

Open the can and insert the blades of the shears directly down into the tomatoes, chopping them to the desired consistency. The can holds the tomatoes and their juices in place, making it easy to perform this chore.

The same method works well when chopping whole canned fruits, such as peaches and pineapple.

Many types of Asian noodles are quite long once they cook, making them rather unruly on a plate and hard to eat.

Use your kitchen shears to snip the cooked noodles into shorter, easier-to-eat pieces while they are still in the pot, before they are served.

Leafy greens such as kale and collards have a fibrous center rib that needs to be removed. To de-stem, use your shears to trim on both sides of the center rib, cutting away the leafy parts to be used in your recipe.

Kitchen scissors cut right through the shell for easy peeling and cleaning of shrimp before cooking. The scissors split open the shrimp a bit, so the vein slides right out.

Just insert the tip of the shears in between the shell and the shrimp, then follow the curve of the shell around until you reach the tail. Use your fingertips to peel off the shell, leaving the tail intact or pinching it off, as preferred.

Chiffonade is a slicing technique in which leafy green vegetables such as spinach and Swiss chard, or an herb such as basil leaves, are cut into long, thin strips.

This is accomplished by stacking the leaves on top of each other, rolling them tightly, then thinly slicing the leaves perpendicular to the roll. Kitchen shears make this task nearly effortless.

Snip dried fruits such as apricots, dates, mangoes or figs with kitchen shears as a speedier approach.

If the dried fruits you’re chopping are super sticky, spray the blades of the shears with non-stick cooking spray to keep the stickiness to a minimum.

Use your kitchen shears to easily cut foods into small pieces such as fresh fruits (especially grapes) and veggies, chicken tenders, pasta, hotdogs, cheese, breads and deli meats, including pepperoni and salami.

Kitchen shears also make snipping crusts from slices of bread (for peanut butter and jelly) an easy task, right along with cutting a sandwich into halves or quarters.

Which Style of Kitchen Shears to Purchase

Take-apart stainless-steel kitchen shears are my preferred style of shears.

The hard-to-reach hinge area where the scissors close and open at the hinge can be tricky to clean unless the shears are designed to come apart.

Disassembly of take-apart shears is quick and easy, essential for properly washing the shears to always keep them sanitary and safe.

And since the shears have been taken apart to be washed, this means they can also dry more quickly, ensuring rust is kept at bay.

Grab your kitchen shears and pop the top of any bottle using the built-in bottle opener that’s typically at the center of the shears when closed…so slick!

A good pair of kitchen shears will have pliers-like grippers on the inner handles, a lifesaver for opening too-tight screw-on lids.

The pliers-like grippers are also handy when cracking nuts and exterior seafood shells, such as lobster and crab.

Poultry shears are essential for spatchcocking. Also known as butterflying, this technique removes the backbone of the chicken (or any poultry) so that it lays flat, reducing the cooking time considerably.

Spatchcocking poultry with shears allows a cook to snip right down each side of the backbone, a much easier task than when using a knife. 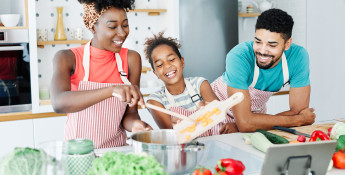 15 Cooking Hacks For Everyone 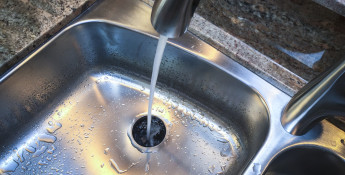 Using and Cleaning Your Garbage Disposal 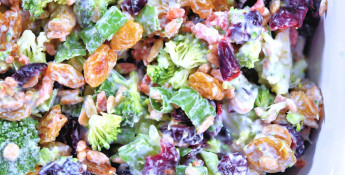