Honeybees bring sweet rewards to a variety of keepers

Gray and white wooden boxes shroud tens of thousands of honeybees just a few yards off a sidewalk at Rolling Hills Zoo in Salina. From the outside, the boxes look like simple squares stacked atop each other, but when Greg Swob removes one of the purple covers, a hum fills the air, and the simple-looking boxes reveal a web of complexity.

The inner workings are ordered chaos with bees tending to brood and feed inside cells of wax comb, which itself is arranged inside wood frames spaced just wide enough for the insects to move between.

Swob and Gerrett Morris spent a late-summer afternoon deconstructing the boxes to check on the three hives Morris has installed at the zoo.

“For some time now I’ve really been interested in having bees at the zoo because we push a big conservation message,” says Morris, the zoo’s landscape supervisor. “We try to plant a lot of pollinator-friendly plants. I just thought the bees would kind of go along with that. A lot of other places have bees and don’t have issues with guests interacting with them.”

Swob is helping as a mentor of sorts for Morris to ensure the colonies are thriving. Swob is a veteran beekeeper and member of the Kansas Honey Producers, a statewide organization dedicated to the hobby.

On the day of his visit, Swob and Morris observed three hives at Rolling Hills Zoo in good shape heading into winter.

Morris is particularly sweet on establishing hives at Rolling Hills because he believes bees, and their stingers, suffer from a perception problem.

“I think when people hear or talk about bees, they think about ones that will sting you,” Morris says. “Not that these won’t, but they seem to be calmer and more willing to go about their business. I think if you went up and kicked a hive or hung around with a string trimmer for too long, you’d probably agitate them.”

The hives at the zoo are just a short distance away from a walking trail, and Morris regularly brings a frame over to visitors walking by when he’s working with the bees.

“They’re actually seeing the hives up close, seeing the bees being so calm on the frames, it’s kind of reassuring to them,” he says. 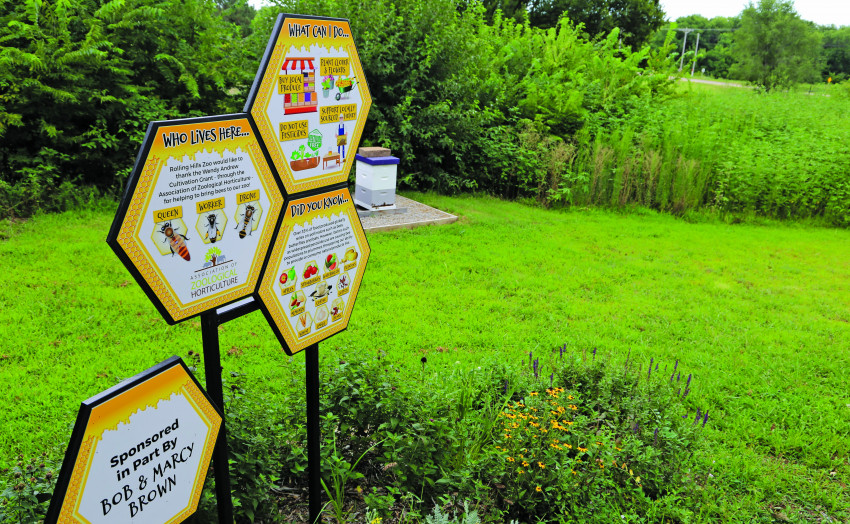 Of the more than 16,000 species of bees in the world, the honeybee is perhaps best known for the namesake liquid it produces. The syrupy reduction of flower nectar ranges in color from clear to dark brown with flavor profiles from mild to bold. Honey is a food storage system for bees, especially in places like Kansas where long winters make foraging impossible.

The insects live in colonies with an egg-laying queen surrounded by workers and drones tending to her needs and keeping the hive going. The hive is essentially any covered space the workers can partition into multipurpose wax chambers. In addition to storing honey and pollen in those chambers, it’s also where the queen lays her eggs, which metamorphize to larvae to pupae to bees.

The lone queen in a colony can lay as many as 3,000 eggs per day under the right conditions. While prolific, colonies can get as large as 80,000 bees, give or take, at the height of a season. If a colony grows too large for its hive, the queen will leave, taking about half of the rest of the bees with her. The so called “swarm” will search for a new hive to establish a new colony while a new queen is anointed in the old hive.

Tim Tucker’s first encounter with honeybees was business-related. Tucker owned a pest control company in Topeka and would receive calls for “bee rescues,” collecting swarms that had attached to the side of a building while searching for a new hive or even extracting colonies that had taken up residence in an unwelcome place, like inside the siding of a home.

“There weren’t many pest control people interested in being beekeepers and removing bees,” Tucker says. “We kind of became the experts in the field. I didn’t think I wanted to become a full-time beekeeper, or even a hobbyist.”

While homeowners and commercial clients saw bees as pests, in the early 1990s Tucker developed a network of keepers who saw their value. One of those keepers eventually convinced Tucker to take a couple of hives to his farm in southeast Kansas. Shortly after that, Tucker sold his pest control business and launched Tuckerbee Honey.

“They made more than 150 pounds of honey the next year,” he says of his first hive. “I was just kind of hooked on them.”

Tucker got his start in the bee business at an opportune time to expand. Healthy colonies exploded in population, helping him scale up his operation as he started selling honey in stores.

“Bees just boomed and went crazy,” he says. “If you weren’t splitting hives and creating starter hives, they’d swarm. We were only limited by the speed we could build bee boxes.”

At one point, Tucker was managing as many as 800 hives at once, though he’s reduced that number over the years.

“We don’t have that many bees anymore, but we still have more and more stores (selling our honey),” he says. 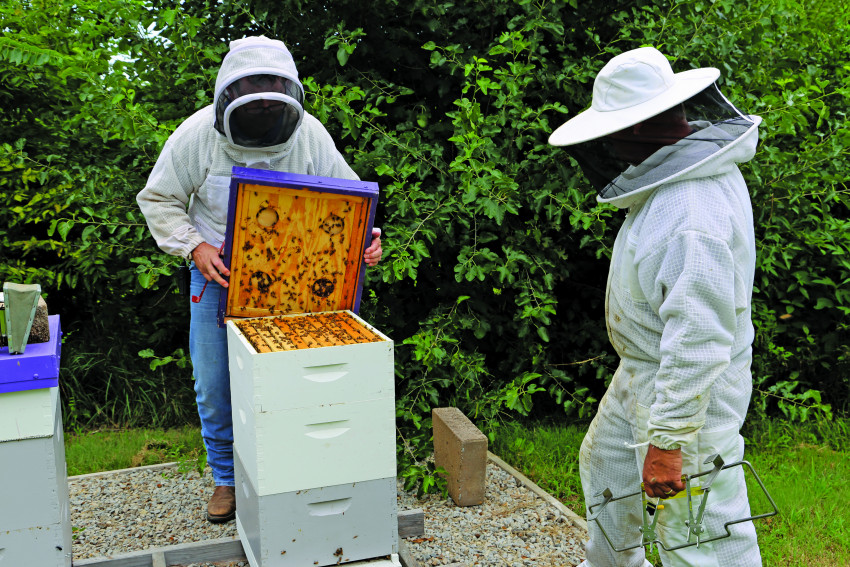 Swob and Tucker both agree Kansas is a tough state for commercial beekeeping.

“When you look at the acreage, the pie slice of farmland in Kansas, only about 1 to 1½ percent of our farmland is devoted to crops that really need bees,” Swob says. “We’re talking about orchards and a little bit of nut production down in southeast Kansas.”

That limits the ability of beekeepers to rent out hives for pollination, which is a common practice in places with large orchards like California. Swob says some of those orchards will pay up to $200 per hive and use at least two hives per acre.

On the honey side, Kansas isn’t the best place for bees, according to Tucker. That means lower honey production of about 50 to 60 pounds per hive in Kansas compared to more fertile conditions in areas like North Dakota where a hive can generate up to double those amounts.

Tucker says the margins are tight, but people still pay a premium for local honey. He sells his at stores throughout southeast Kansas, southwest Missouri and northeast Oklahoma. While sales have been good, he’s looking to do more with pollen, which is more profitable in addition to being a better fit for Kansas.

“Kansas is typically a pollen-rich, nectar-poor environment for bees,” he says. “Usually they produce way too much pollen and hoard too much. It reduces their ability to raise brood. If you can trap that off their legs and reduce it in the hive, it can help the bees produce more honey and become healthier.”

A pound of pollen can command nearly five times the going rate for a pound of honey, which makes the extra effort to collect pollen worth it for Tucker. There’s also a growing demand for it.

“I don’t know if we could ever produce the amount of pollen people are screaming for,” he says. “That’s really what we want to focus on because it is more profitable.”

Like honey, pollen has a host of health benefits. They’re both packed with antioxidants, vitamins and minerals. They can lower inflammation, improve the immune system and honey can help speed the healing of burns, sores and wounds. Tucker also is quick to point out both substances help with allergies, but not because of pollen exposure.

“The pollen that bees collect are the large sticky pollens; those are different from air-borne pollens that cause allergies,” he says. “Nobody is sneezing when the tomatoes or cucumbers are blooming.”

While Swob sells the honey produced from his hives near Hays, he also sells starter packages — consisting of a cage with 10,000 to 12,000 bees and a queen — for those wanting to start a hive of their own.

“We’ve got thousands of hobbyists with at least one, two, three or four hives in their backyard and that’s just exploded in the last seven or eight years,” Swob says.

He estimates at one point Kansas had as many as 15,000 to 20,000 managed colonies, mostly by commercial producers. Now hobbyists are believed to be the largest keepers of the 7,000 colonies in the state.

“We can only estimate because we don’t have a state apiary department,” Swob says. “No hives are registered with the state. It’s a wild guess about how many beekeepers there are and how many boxes of bugs in the backyard they have.”

For a few hundred dollars, a hobbyist can get a starter kit with basic brood chambers to raise young, frames for comb building, a protective suit and a smoker to help calm the bees when working with them. There is a steep learning curve, though, and a hive needs regular monitoring to ensure the bees are healthy.

Swob knows those who get into beekeeping are often smitten, like he is, with just how much there is to learn about the insects.

“Embrace bees, because they do so much good for us,” he says. 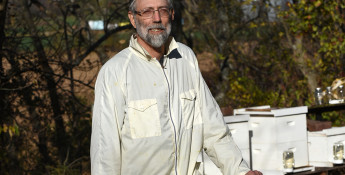 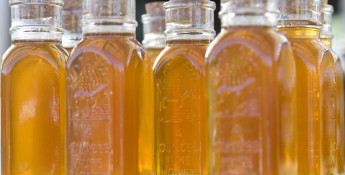 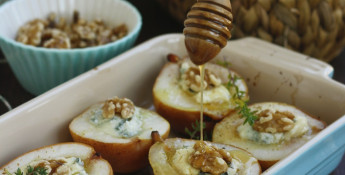 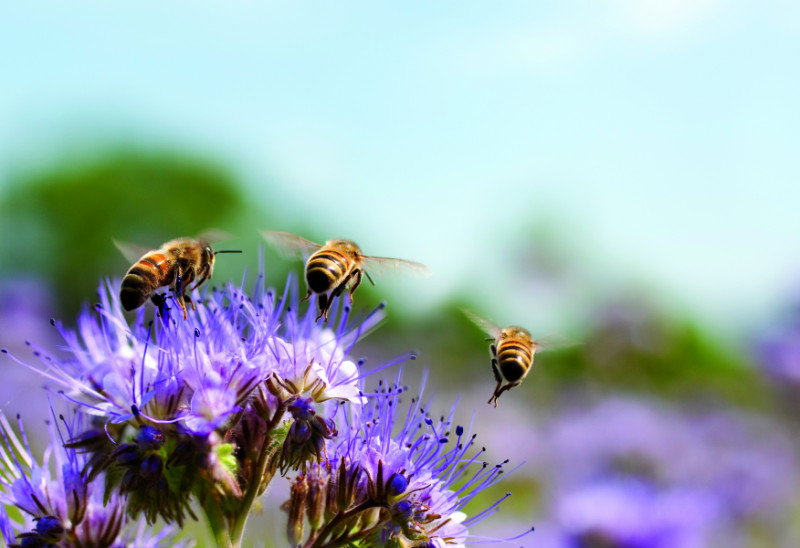