The nation’s food supply is facing a second wave of disruption as Covid-19 continues to wreak havoc on our food system.

Just as distributors were getting a handle on the surging market at grocery stores and decimated demand at restaurants, the pandemic infiltrated packing plants crimping the meat supply. 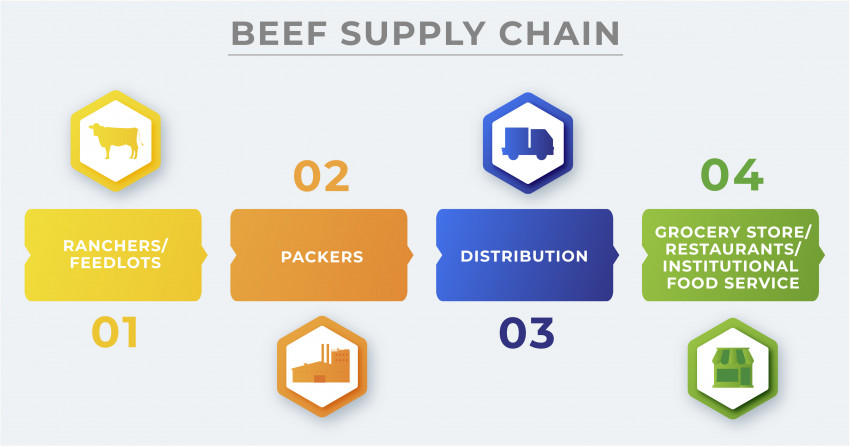 “While there was a big demand boost for food in grocery stores, we lost much of the market in food away from home,” says Jayson Lusk, head of agriculture economics at Purdue University. “Just using milk as the example, if you have a processing facility that’s packaging milk in the small containers for schools, we don’t have school going on anymore. It’s not like that plant can suddenly switch to pumping out gallon jugs.”

The supply chain for grocery stores typically forecasts steady growth between 3 and 5 percent. In the beginning of the pandemic, sales surged 25 to 30 percent, with certain items exceeding even those lofty numbers.

“I think one of the things this scenario has shown is just how complicated our food system is,” Lusk says. “It’s a food system that is in constant evolution, constant change, but a lot of it is pretty gradual.”

Doug Baker, vice president of industry relations-private brands at the Food Marketing Institute, says his organization helped overcome some of the logistical challenges of rerouting food destined for restaurants to grocery stores.

“It’s not an easy process to bring in a new supplier partner,” Baker says. “There’s a significant number of activities that need to happen in order to get that supplier set up in the system. That’s difficult even if they’re doing retail packaging. It becomes even more difficult if they’re doing food service packs.” 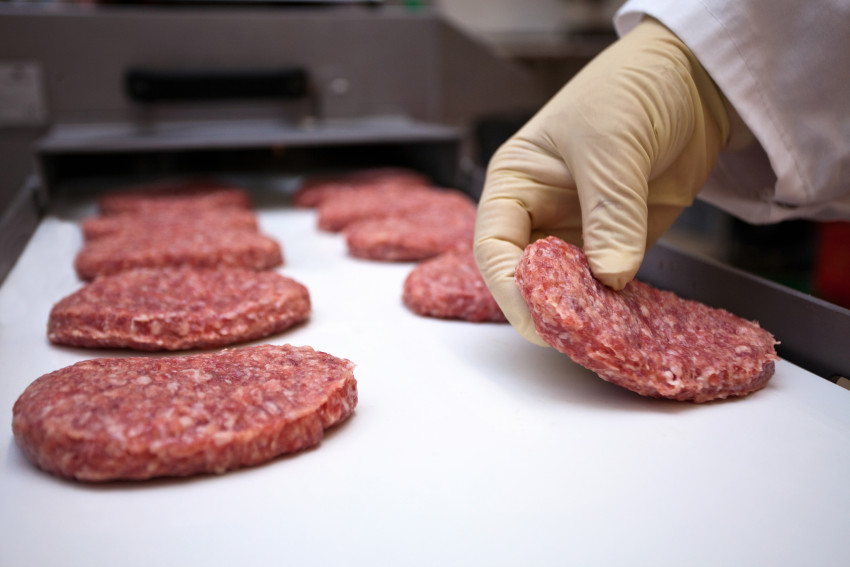 One of the challenges involved working with government agencies to relax rules on food packaging on things like labels, which have differing requirements for institutional consumers versus those buying for use in their homes.

“My perspective is by and large, the food system did a remarkable job,” Lusk says. “We had this initial run and stocking-up phase, but that subsided pretty quickly.”

Grocery stores and their suppliers made adjustments to increase product availability and demand settled into a more manageable level just as the virus started to disrupt processing facilities that process the beef, pork and poultry we eat.

“So far, we know it’s been well over 20 facilities that have closed down,” says Michael Nepveux, an economist with the American Farm Bureau Federation. “In some cases, those closures are due to outbreaks within the facilities among the workers, and in other cases, it’s already a struggle to keep labor in these plants. And, when workers are afraid of getting sick or having vulnerable populations living with them at home, it makes them think twice about coming into the plant.”

This has caused a ripple effect through the protein supply chain. While the price for retail cuts has increased, farmers and ranchers have seen double-digit declines in the prices they receive for live animals. 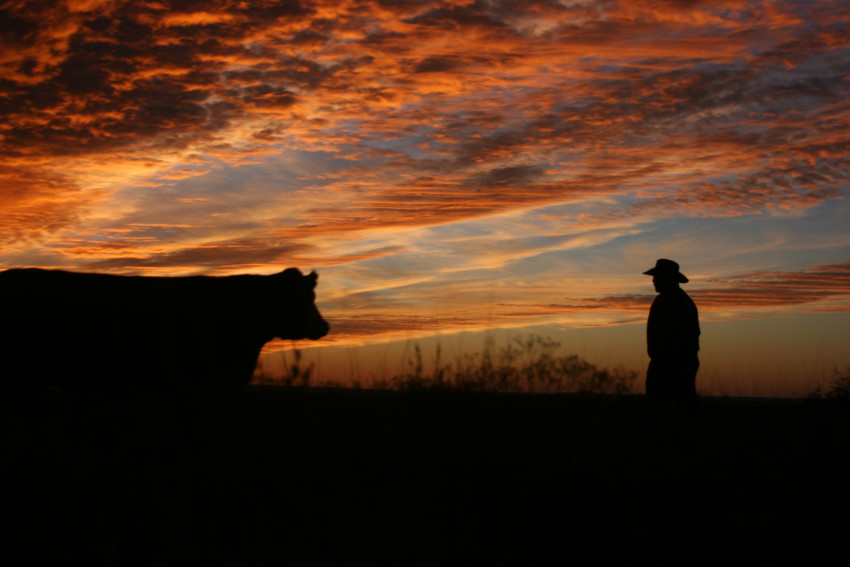 The bottleneck at processing plants is the reason for the price discrepancy between live animals on ranches and feedlots and the price retailers are willing to pay for consumer-ready protein. Plants are slaughtering fewer animals, creating a surplus of market-ready livestock and a deficit of retail beef, pork and poultry.

The meat supply will face strain with facilities closed and throughput capacity reduced at others, but a shortage doesn’t mean zero protein at meat counters.

“The data we have on animal processing numbers shows on the beef side we’re probably processing 25 percent fewer cattle than the same time last year. On the pork side it’s about 20 percent,” Lusk says. “You can’t have that reduction without it having some market impact.”

Lusk says higher prices, more whole cuts and different packaging are some of the things consumers can expect to see first as the supply chain adjusts to the current disruption.

“Hopefully they won’t see reduced availability, but I’d be lying if I didn’t say there aren’t some concerns there,” he says. “There’s been some fairly high inventories in cold storage. One challenge is those inventories might be packaged in ways we aren’t accustomed to seeing and aren’t easy to move in to grocery stores.”

Baker says most current inventory problems are sporadic and regional. There’s also the chance grocery stores pick up some of the processing slack.

“A lot of beef anymore for retailers is case ready,” he says, meaning it can go directly onto the shelf. “They still have the equipment in their stores — the grinders, the cutters. They might not be able to do some of those high-end cuts, but they can do cuts out of primals.”

As distributors straighten out their supply chains, farmers and ranchers will continue doing their work growing safe, healthy crops and livestock. 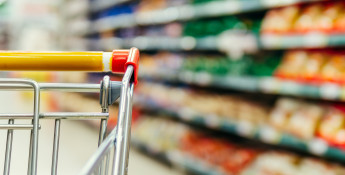 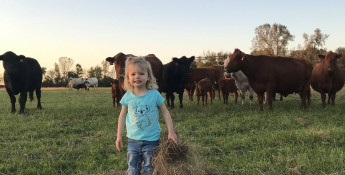 How COVID-19 is Affecting Cattle Farmers and Ranchers 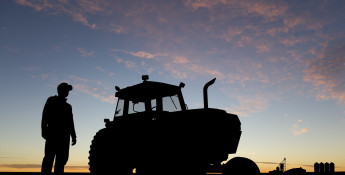 The Farm Economy and COVID-19 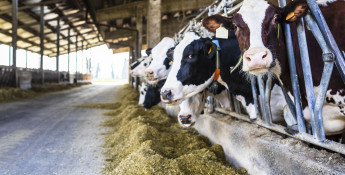 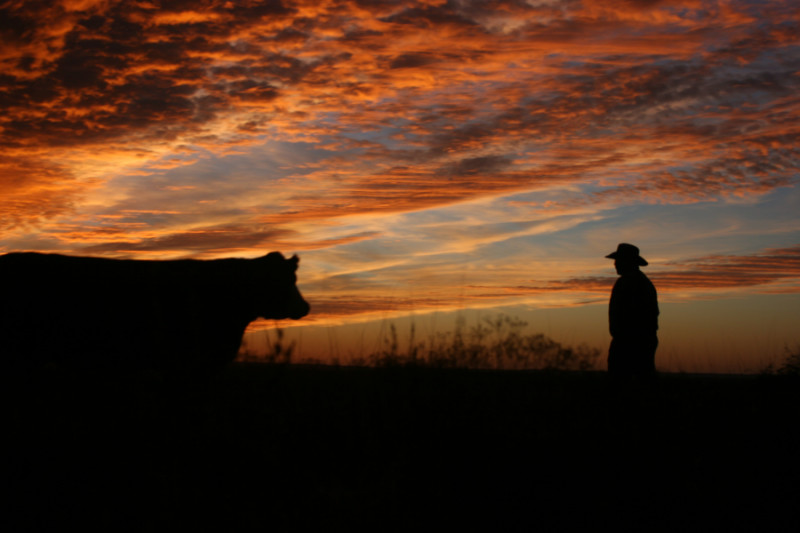