Mike Floersch grew up in the grocery business with his father running and owning a store in Seneca. Floersch now runs five stores in northeast Kansas and another in Nebraska. In all that time he’s never experienced anything quite like the COVID-19 pandemic, and its effects on the industry.

“I’ve never seen it like this before,” Floersch says of the near constant demand and a supply chain struggling to keep up.

Floersch says distributors are doing everything they can to meet demand as more people stay home to keep from spreading the virus.

“Bread companies, they’re just making their top three items – a wheat bread, white bread and sandwich bread,” he says. “We get all of our eggs from AWG (Associated Wholesale Grocers), and we’re having a hard time there. We hooked up with a local guy by Council Grove. He’s bringing us 300 dozen. That’s OK, but it’s not enough.”

The problem, Floersch says, isn’t the availability of food in distributors’ warehouses, but the people to pull product and put it on trucks to ship out.

“We get three trucks a week,” he says. “The warehouse is telling us we could order two more, but they can’t get them pulled.”

Floersch drove from Clay Center to Hudson over the weekend to get two pallets of flour from the Stafford County Flour Mill. He’s also working with a couple of smaller meat lockers to source ground beef.

Still, the stores have struggled to keep items like toilet paper and potatoes in stock. Again, that’s not because there’s a shortage of those items, rather there’s a distribution bottleneck as wholesalers adjust supply chains for people staying at home.

Floersch believes distributors are being fair in how they divvy up the items.

“They’re allocating to everybody, so everybody gets some,” he says. “That way the bigger stores don’t just wipe them out.”

On top of managing what he can in the supply chain, Floersch also is making sure he’s taking care of his employees.

“We’re wiping down more,” Floersch says. “We’re going to put up plastic sneeze guards (at registers). There’s so many things we’ve got to do because of our employees. We’re on the frontline.”

Floersch is grateful his customers have been understanding throughout the crisis.

“We have not had anyone get upset with us,” he says. “A lot of them are thanking us for being here. As a small retailer … we try to serve the communities we’re in.”

To learn more about COVID-19, get educational resources and community efforts, visit www.kfb.org/covid19. 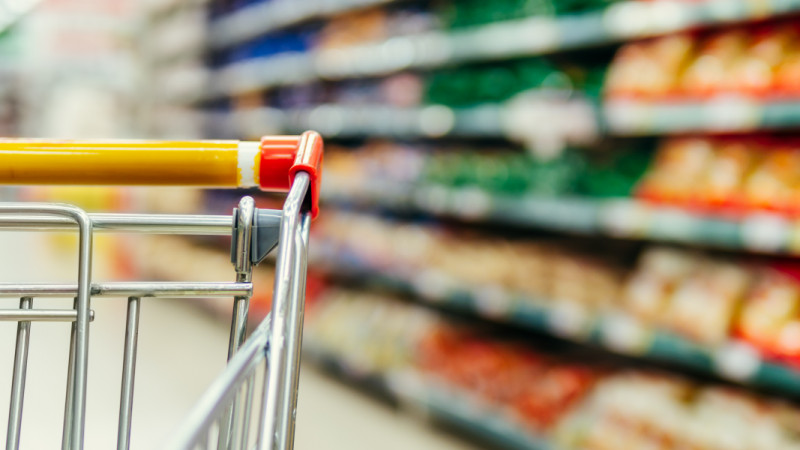