How farmers in Kansas are conserving water

It’s late January and the planting season is still weeks away as Kyle Deaver pulls a new nozzle from a toolbox and explains how once it is installed on an irrigation system it will deliver “big, fat uniform droplets” to crops. Switching equipment is part of a water conservation plan that will also save time and money.

Deaver and his father, Michael Deaver, grow corn, soybeans, sorghum and wheat in semi-arid Finney County. They pump water from the Ogallala Aquifer to quench their crops and boost yields. 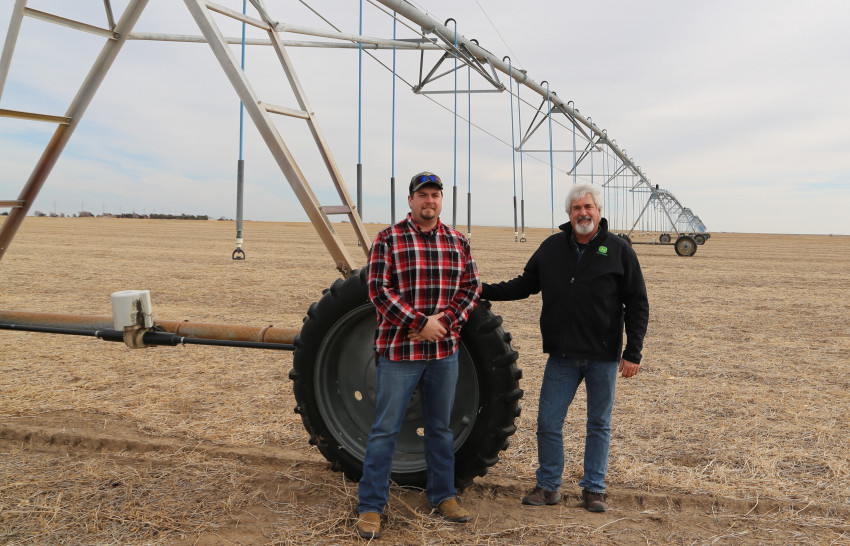 “We would be cut clear back to a third of what we’re doing if we didn’t have irrigation,” Michael says. “If this all went dryland … we’d have the same acres, but we would only get 30, 35, 40 percent of the grain coming off of it.”

The Deavers plan to update four of their 20 irrigation systems with the new nozzles before the growing season starts, part of a concerted effort to continually update their sprinklers to grow more while using fewer resources.

Michael grew up in eastern Kansas but made his way west in the early 1980s. Farmers used open ditches and underground pipes to irrigate their crops, which proved inefficient. A single well would pump up to 2,200 gallons per minute (GPM) to soak up to 80 acres of corn.

With their current technology, the Deavers can use a single well to water up to nearly 300 acres of crops. Their current sprinklers use about 800 GPM, but once the new nozzles are in place that will fall to 500 GPM, allowing them to use less water over mor acres. 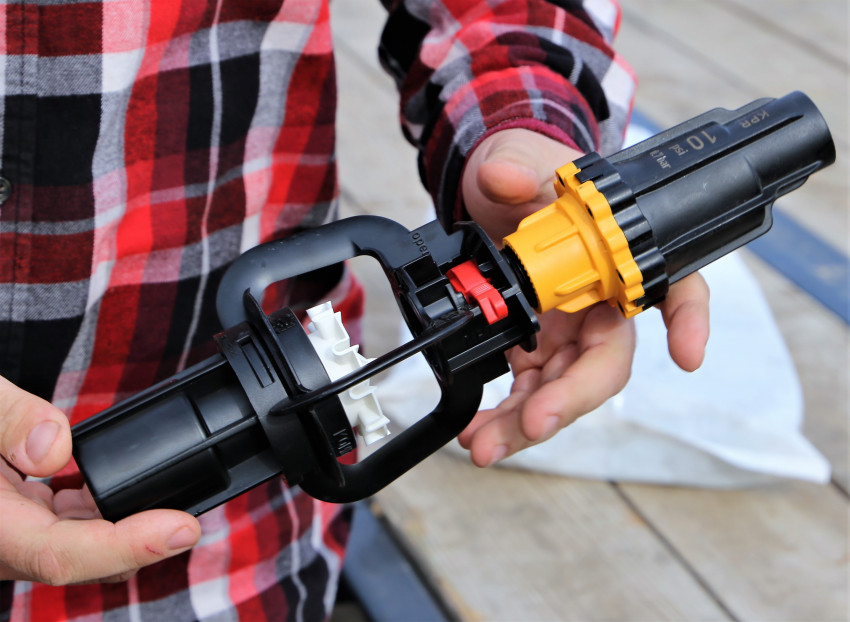 EYE ON THE FUTURE

The Ogallala Aquifer that quenches the Deavers’ crops supports more than $20 billion in agricultural production across the High Plains, from South Dakota to Texas. Decades of irrigation from the underground reservoir have already caused some farmers to abandon their irrigation wells.

Michael says his family has been fortunate to be in a good area, but he still notices his wells decline as the growing season goes on.

“It holds in there really well until the middle of August when everybody’s pumped on the aquifer real hard,” he says. “We notice it decline a little toward the end of the season.”

Any water not pumped to crops today will still be available tomorrow. That’s one component of the calculation the Deaver’s are making as they continue to invest in technology to grow more with less water.

“When we’re irrigating, we want it to be as efficient as possible,” Kyle says. “Just so my daughter can farm, and her kids. That’s the goal – just to sustain what we have out here. Every little bit helps.”

The Deavers use center-pivot irrigators to spray water over their crops. An engine pumps water up a riser in the middle of the field and through spans of pipe to “drops,” which look like hoses coming off the main. The drops are spaced every five feet on the Deaver’s sprinklers. Nozzles at the end of each drop cast the water over a set distance. Today, electric motors drive wheels spaced evenly along the spans to drive the entire system in a circle to evenly soak crops.

Most of the Deavers’ sprinklers are “quarter-mile” systems, meaning the pipe runs a little over 1,300 feet and can irrigate all but the corners on a quarter-mile square of land. During the growing season, the fields look like a patchwork of green circles when seen from above. 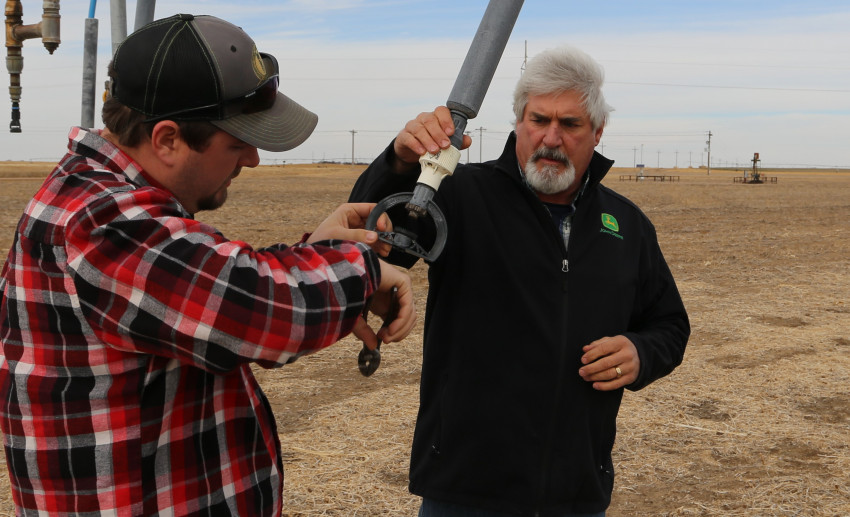 To build a completely new system today can cost $190,000 or more. That’s why the Deavers are making incremental, cost-effective investments in retrofitting their existing systems.

Michael says they usually have about seven acres in each corner where the water can’t reach. They usually plant crops like wheat and sorghum in these corners because these crops can better tolerate the dry conditions. Recently they’ve experimented with dryland soybeans, as well.

The new nozzles will allow the Deavers to lower their drops from five feet off the ground to 30 inches. Essentially bringing technology of the ‘90s into the modern day. Earlier systems were even higher off the ground.

Michael says the evaporation rate can top 50 percent on hot, dry and windy summer days common in Southwest Kansas. Lowering the drops will reduce the moisture lost to the air.

“Ultimately the whole idea is to save water and get more of it to the crop and less of it spilling out into the atmosphere, which doesn’t do anybody any good,” he says. “We’re going down to get our evaporation loss in the 10 to 15 percent range.” 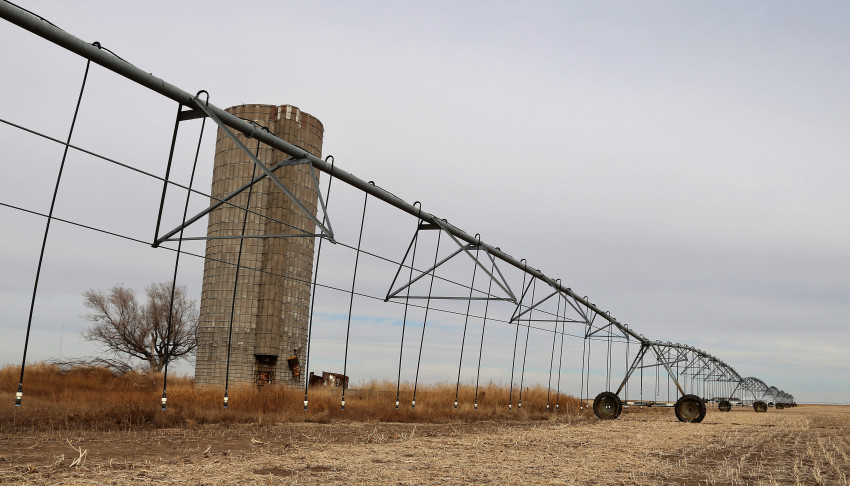 Reducing the evaporation rate not only conserves water, it also reduces wear and tear on the sprinkler system.

“If your pivot is set to put on an inch (of water per week), you don’t have to go that extra two or three passes,” Kyle says. “Every day that engine’s running, that’s a cost.”

The Deavers also are using soil probes to get a better understanding of what’s happening once the water penetrates the soil.

“When we say probe, actually it’s more in depth than that,” Michael says. “The reading we get goes through a program that comes with the probe. You have a water-use rate show up as to your crop maturity. You not only know what moisture you’ve got, you also know, within reason, what your crop is using, been using and is going to use.”

Each circle has its own probe, which is carefully placed after a complete profile of the individual field is created.

The probe allows the Deavers to see the water as it moves through the soil. Five years ago, they tested their first probes in two fields.

“We went and put probes everywhere the next year because we thought there was that much savings,” Kyle says.

The new technology doesn’t just save water and money, it also frees up the Deavers’ time. The sprinklers and probes are equipped with communication devices that can beam information directly to a smartphone.

“I have one that’s 16 miles away,” Michael says. “It’s a 32-mile round trip. I can shut that off without having to go over there. Instead of going over every day, I go over every two or three to put oil in the engine. It cuts down the miles on the pickup and my time.”

Before the service was available, a sprinkler could get stuck right after it was checked in the late evening and pour water on the same spot until the next morning.

“We used to go check them two to three times a day,” Kyle says. “Now we just look at our phones, and they’ll tell us if they’re all good.” 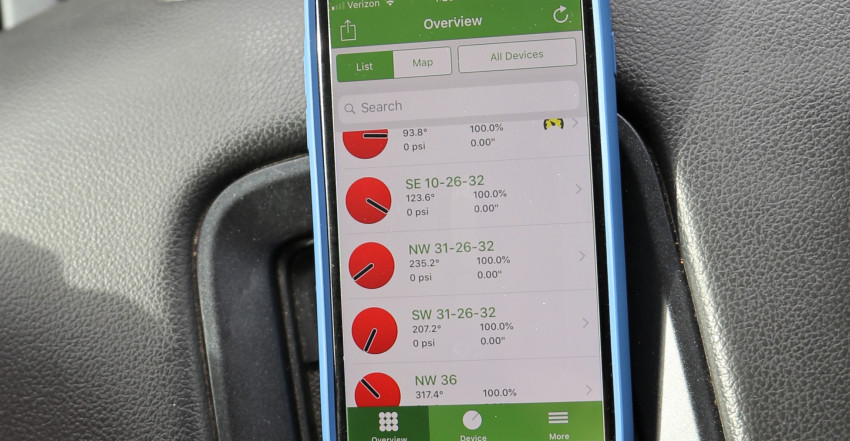 “We’re not on the cutting edge,” Michael admits, but says they’re carefully investing in new technology as they can afford it.

“You could probably spend upward of $5,000 to $10,000 per panel control box if you wanted to get one that would speed up or slow down based on the good spots and bad spots in your field,” Kyle says.

That would amount to $100,000 to $200,000 to equip all of the Deavers’ 20 sprinklers with just a state-of-the-art control box. That wouldn’t cover other costs like new nozzles and the labor to change them.

“We’ll get to that point,” Michael says.

The Deavers are committed to being good stewards of the aquifer to save time and money as well as conserve water. They’re working to sustainably use the resource so it will be available for future generations. 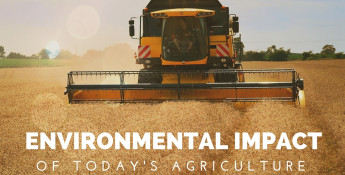 How does ag impact the environment? 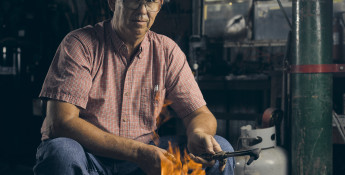 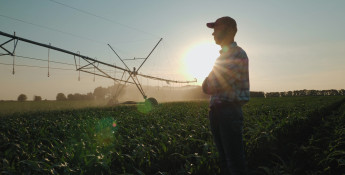