Preheat the oven to 350 F. Combine milk, water, oil, one-half cup of the sugar and salt in microwave-safe bowl; heat one to two minutes, until the temperature is 120 to 130 F. While the liquids are heating, measure three cups of flour into the bowl of a stand mixer; add yeast, combining it with the flour.

Pour the heated liquids into the flour/yeast mixture. Using the whisk attachment, beat at medium speed for one minute, then add the egg and beat one minute longer. Switch to the dough hook and add three cups of flour; knead the dough until the flour is fully incorporated. At this point the dough is likely to still be sticky; add the remaining one-half cup of flour a little at a time, only adding as much as needed, until the dough is soft and pliable, slightly tacky to the touch and no longer sticking to the sides of the bowl.

Using your favorite rolling pin, roll the dough into a large rectangle, approximately 22 inches wide by 18 inches tall. If you begin rolling the dough into the rectangle and it keeps pulling back each time, let the dough rest for an additional five minutes. Once the dough has fully relaxed, it will roll out easily. Don’t overwork the dough — this can make it tough.

Spread the softened butter over the dough’s surface and sprinkle evenly with cinnamon and the remaining cup of sugar. Using your palms, lightly press down the sugar to adhere it into the dough.

Roll up the dough, starting from the long edge closest to you, gently tucking and rolling the dough and the filling as you go. As you’re rolling, be aware that if the center of the roll is becoming fatter than the ends, gently stretch out the center to keep the log of dough as even in circumference as possible. This helps ensure that when you slice the rolls, they are more even in size.

Using a sharp, serrated knife or a piece of dental floss, cut the log of dough evenly in half. Now place both halves horizontally on the work surface, one above the other, but not touching.

Make incisions on the top of each log of dough at the same time, marking where you want to slice so both logs of dough can be cut into equal pieces. Slice each one at the incisions you made on top of the rolls of dough, then place the cinnamon rolls flat on a greased rimmed baking sheet. You can cut 12 large or 16 small cinnamon rolls from the dough.

Let the rolls rise in a warm, draft-free place for 15 to 20 minutes. Bake at 350 F for approximately 14 to 15 minutes (16 small rolls) or 16 to 18 minutes (12 large rolls), until lightly golden brown, taking care not to overbake. Let the cinnamon rolls cool slightly, then frost with cream cheese icing.

Using an electric mixer, beat together the cream cheese and butter in a large mixing bowl until creamy. Beat in the vanilla and milk, then gradually mix in the powdered sugar and salt until smooth and fluffy. Spread over the cinnamon rolls while they are still warm. Serve warm or at room temperature. 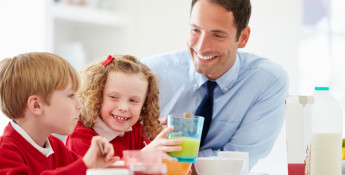 Five breakfasts to warm up your tummy 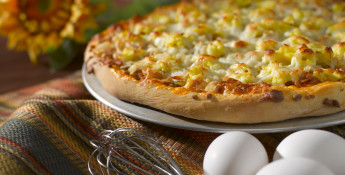 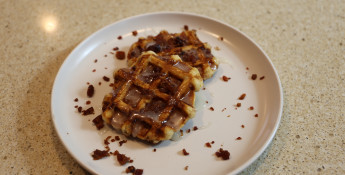 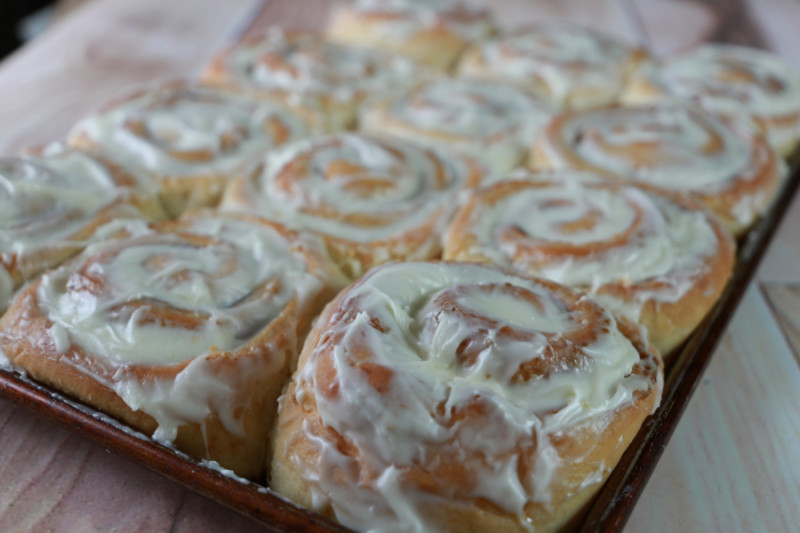