Wondering which basic spices to keep on hand in your kitchen cupboard? If you’re brand new to cooking, this list of essential spices for everyday cooking and baking is a solid guide to getting started. Likewise, if you’re purging because your spice cabinet is overflowing, you may also find this list of basics helpful. 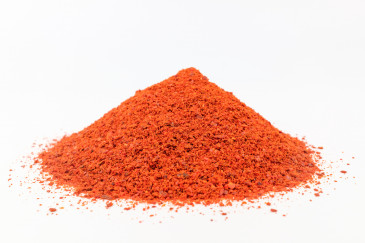 As a staple in most kitchens, chili powder ranges from mild to moderately spicy, depending on how much cayenne pepper has been added to the blend. Chili powder will vary from brand to brand and you can check the ingredient label to learn which spices are included in the blend. Chili powder is very versatile and therefore used in many common dishes, from big pots of chili to enchilada sauce, meat rubs to Tex Mex taco meat – you name it.

Note: Not to be confused with chili powder, chile powder is made of pure ground dried chile peppers. Because pure chile powder typically does not contain any other spices (like regular chili powder), it can be very hot and spicy, so use caution. When purchasing pure chile powder, it is almost always labeled with just the name of the chile variety it comes from, another indicator that it is pure chile powder with nothing added. 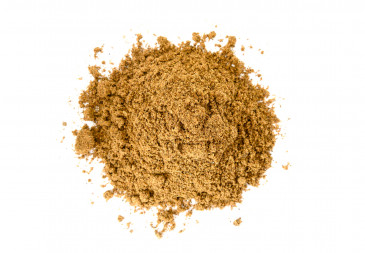 Ground cumin has a hearty aroma that’s a bit spicy; the flavors are warm and earthy, with just a touch of citrus. Essential to many ethnic cuisines, cumin lends itself well to meat dishes, beans and soups, giving added depth to any recipe. Cumin is also one of the spices and flavors you will find in many chili powder blends, as well as taco and enchilada seasonings. 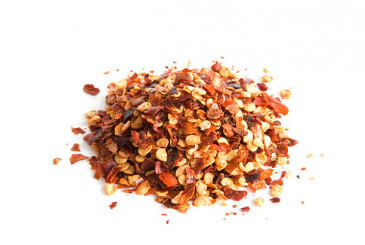 With a fierce and spicy flavor, red pepper flakes are made from dried and crushed hot chile peppers. (You may be most familiar with red pepper flakes in association with the little packets that come with restaurant/take-out pizza.)

Essential to Southwestern, Mexican and Indian cuisines, red pepper flakes add spice and heat to any dish. When cooking with red pepper flakes, add small amounts (to taste) in marinades, stir fry, soups, sauces, pasta, pizza—anything that needs a bit of a kick. 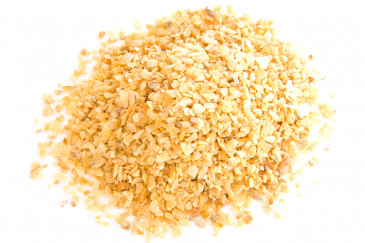 Onion flakes are made from fresh onions that have been finely minced and then dehydrated. Used to replace fresh onion in cooked foods, onion flakes are a definite help when we are pushed for time but want that onion flavor in our dish. 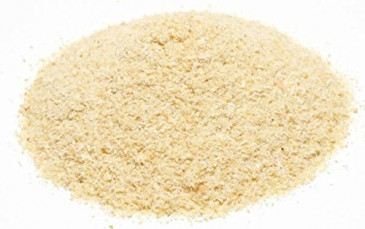 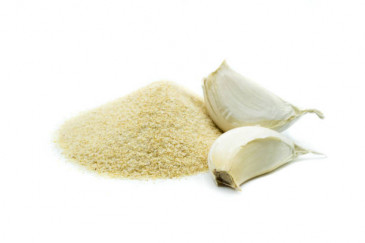 Note: Granulated spices are much less likely to clump as compared to powdered spices. Because granular spices combine much better with liquids, they are more easily incorporated into sauces, dressings and soups. Granulated spices also seem to work better when making homemade spice rubs and seasoning blends because they also mix more evenly with other spices. 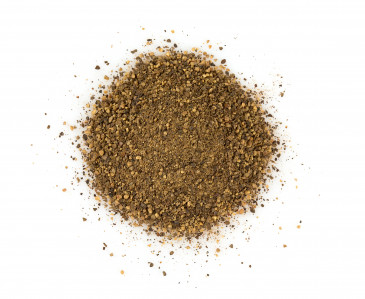 Mostly used in savory dishes, black pepper is so common it is not always thought of as a spice but rather a seasoning that is only effective when partnered with salt. Black pepper is ground from black peppercorns and has a sharp and biting flavor that tastes good when sprinkled over savory dishes to add just a bit of heat. Black pepper will always be more pungent and flavorful when freshly ground from your favorite pepper grinder, which just takes seconds. 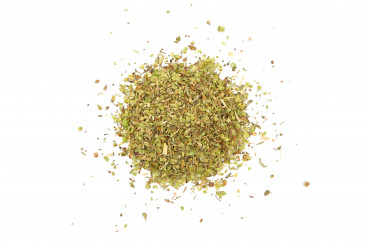 Oregano is one of the most popular spices in the world. An Italian and Mediterranean spice, also known as common oregano, is mild in flavor and has a bold aroma that packs a powerful punch when added to any dish that needs Italian flavors. Oregano is commonly found at the grocer in the form of oregano leaves, but also comes in a ground form. When substituting ground oregano for oregano leaves, use half as much. 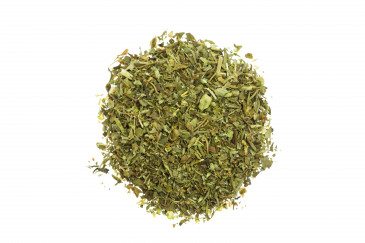 Basil comes from the mint family, its flavor a balance between savory and sweet. Basil has overtones of mint, anise and black pepper. These flavors and aromas are much more pronounced in fresh basil as opposed to dried basil. As a spice, basil leaves are often used in Italian cooking. Basil leaves are a seasoning that complements tomato-based pasta sauces, pizza and when sprinkled over sliced tomatoes. Many cooks prefer cooking with fresh basil leaves over dried basil when possible. 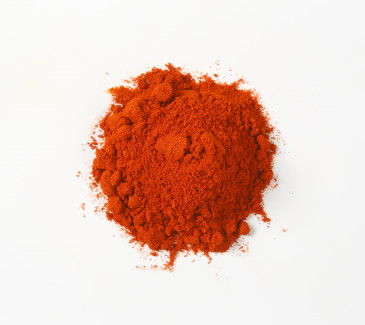 Paprika (the Hungarian word for “pepper”) adds a savory richness to casseroles, rice dishes, sauces, soups, sausages, rubs and marinades. A deep red-orange color, paprika is as delicious as it is vibrant, not meant just for sprinkling over deviled eggs to add a dusting of color. Paprika is ground from dried chile peppers and has many flavor profiles from sweet and earthy, to smoky and fiery. 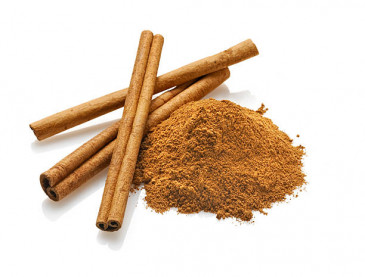 A spice that has been around for thousands of years, cinnamon is made from the inner bark of the Cinnamomum tree. The cinnamon bark is dried until it curls into rolls known as cinnamon sticks. Most cinnamon used in the United States is “Cassia” cinnamon, known as common cinnamon. Ground into an aromatic powder that is pungent, warm and sweet, cinnamon is used in a wide variety of popular sweet dishes such as cinnamon rolls, French toast, bread pudding, lattes, pumpkin treats and Snickerdoodle cookies. 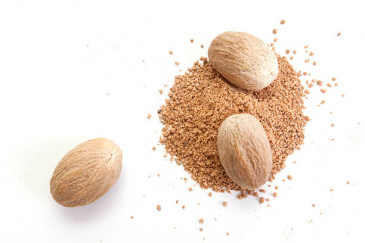 Nutmeg works well in many savory dishes such as creamy bechamel sauce or cheese fondue. When found in sweet dishes, nutmeg is often paired with cinnamon and the twosome makes a fine, aromatic duo. Hailing from warm, tropical islands, nutmeg is the seed of the evergreen tree. Ground nutmeg is very convenient, but once a nutmeg seed is freshly grated, the captivating aroma tells you there is no going back. 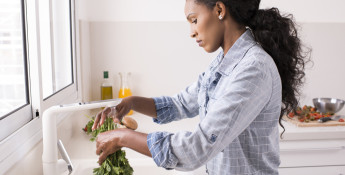 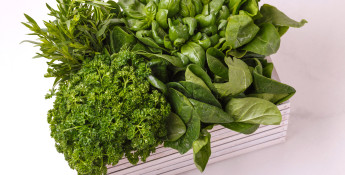 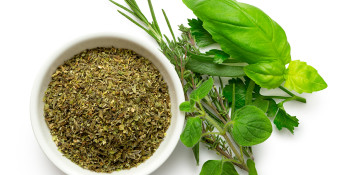 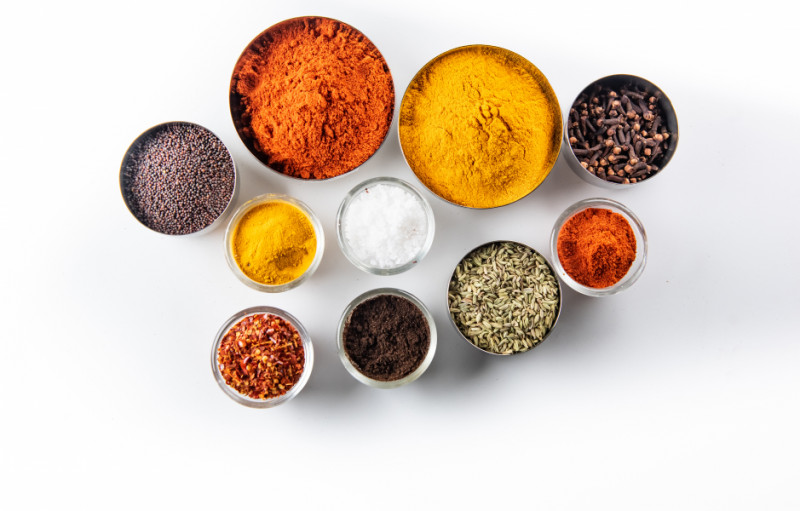