Volunteers in rural Kansas make all the difference

Did you know Kansas ranks seventh in the nation for volunteerism? That’s quite an accomplishment in a state as rural as Kansas. Farmers and ranchers make up a large part of that number. You don’t have to look far in rural communities to see them serving in a variety of volunteer capacities in schools, civic government, churches and civic clubs.

One place where farmers and ranchers are making an impact as volunteers is in western Kansas. The Friends Group of Historic Lake Scott State Park is a group of individuals from all walks of life, including farm and ranch families, who give countless hours to make their community better not only for their own members, but also for visitors to the park.

Lake Scott is a delightful surprise as you drive over the western plains. As you drop down in the valley, Lake Scott's sudden change to the surrounding landscape is so startling you wonder if you’re still in Kansas.

Located north of Scott City and south of Oakley, Historic Lake Scott State Park is a jewel on the plains that boasts many unique features and is considered one of the most historic areas in Kansas. It is home to the only known pueblo in Kansas, El Quartelejo. 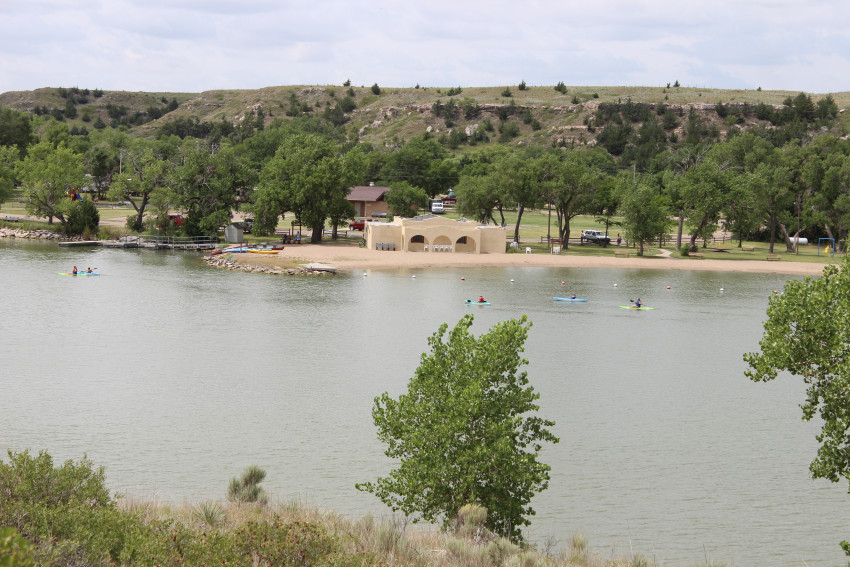 The Friends Group of Lake Scott State Park is a group of volunteers who work hard behind the scenes to make the lake an enjoyable destination for those who love the outdoors. Two of those members are Millie Dearden and Tammy Reed.

“This is a legacy thing for us,” Dearden says. “The Steele Family Homestead along the west side of the lake was part of my husband’s family so we’ve been coming out here for years. Larry and I took our son, Clint, camping with us when he was six weeks old. He and Larry fished at the lake all the time while Clint was growing up so I figured if I’m there, I might as well make a difference so help out with the Friends Group.”

Although Dearden’s husband recently passed, she continues to be actively involved.

“In rural areas like ours, the way we are raised is not to take, but to give back if we want to make things better,” Dearden says. “There are not a lot of options for recreational activities so we make sure the ones that are available to us are the best they can possible be.”

One of the key supports is the Beach House near the swimming beach, a convenience store that rents kayaks, canoes and paddleboards as well as selling fishing licenses, tackle, bait, food and other camping items. 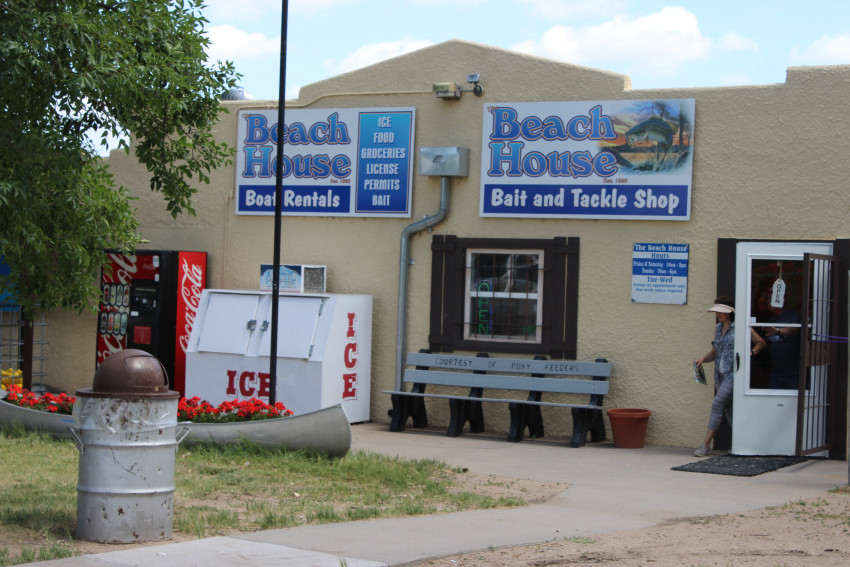 “Kayaks, paddleboards and canoes have become popular and have replaced paddle boats in our rentals,” Dearden says. “This year, in particular, we can’t keep enough of them in stock they are in such high demand.”

Historic Lake Scott State Park is under the care of the Kansas Department of Wildlife and Parks and Tourism (KDWPT). Like all state parks, they rely heavily on volunteer groups to assist in activities and conveniences to accommodate more visitors. Since state parks receive no revenue from tax dollars, they rely on the sale of park passes, camping fees and licenses to keep the parks afloat.

At Lake Scott, the Friends Group paid for the renovation of the arches at the Beach House which was built in the 1930s, as well as purchased playground equipment, benches, picnic tables and done upkeep to the outbuildings at the Steele Home.

Another key volunteer is Tammy Reed.

“I grew up on a farm just down the road from the park,” Reed says. “But we’d still hook the camper on the truck and go camp at the lake when I was a kid. I’ve seen a lot of changes through the years, but each one makes it better like the time they dredged the lake to make it deeper. That made a big difference to the lake."

Lake Scott’s relatively small size to other state parks with lakes in Kansas - it’s barely more than 115 acres - creates a sense of community which attracts families and others looking to make friends. Boats with motors are restricted to fishing only so there is no skiing or wakeboarding.

“We love to camp in the Circle loop,” Tammy says. “We walk around the loop and meet the most interesting people. No one’s a stranger at Lake Scott when they leave. People are friendly and will even invite you to join their cookout when you’re walking by. That’s the part of rural Kansas I like best.” 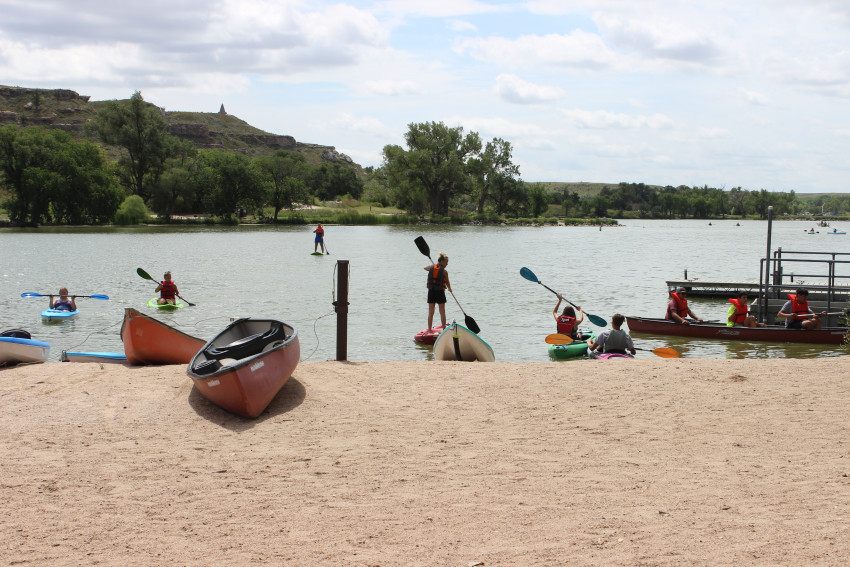 People who live in rural America believe a neighbor might be someone who lives 30 miles away in the next county. That sense of dependency on each other to make what they have the best it can be drives many of them to volunteer.

“There’s not a whole lot to do in Scott City,” Tammy says. “There’s no skating rink, no movie theater, the drive-in’s gone, so anything you want to do you have to drive. Those are some of the reasons the lake is so popular.”

"Lake Scott has been known to be a busy place in the summer but this year it is a lot busier,” Reed says. “We had three times as many people at the park during Memorial Day weekend compared to last year. The park officials mowed off an extra 100 sites for tents and they were all filled. People have been cooped up and are anxious to get outside.”

While other states closed their state parks, KDWPT, much to the delight of the public, kept the parks open, even though their park offices were closed to the public.

“We put in Covid-related measures for social distancing at the Beach House,” Reed says. “We put plexiglass up in front of the checkouts and marked the floors with traffic flow and six-feet markers to stay safe. No children are allowed inside, and we ask only one family member goes in. We also put a sign on the door limiting the number of guests inside at one time.”

In addition to signage, regular care is taken to wipe the kayaks, paddleboards and canoes down after each use and lifejackets are sanitized. All of this work is done by volunteers who are committed to providing visitors the enjoyment of outdoor recreation.

While more than 83 percent of the U.S. population lives in cities, their access to enjoying rural areas is typically limited to state or national parks. For the other 17 percent of America who are rural, especially those in the farming community, they spend the majority of their lives outside working the land in all seasons. This love for the outdoors is baked into their soul and they like to share that love with city-dwellers. 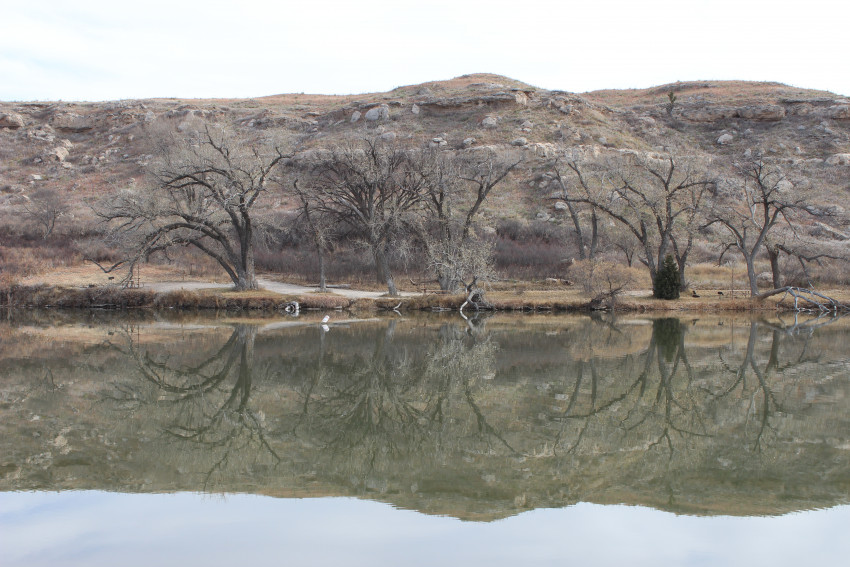 There’s a reason Kansas is seventh in the nation and climbing the ladder to sixth and we have farmers and ranchers to thank for the countless hours they give of their time to enrich their communities.

Lake Scott, and the surrounding area with Little Jerusalem State Park and Monument Rocks, should be on your bucket list of places to see in Kansas. While you’re there, ask for Millie and Tammy. If you have some time to volunteer, let them know. They’d be happy to put you to work making Kansas a better place to live. 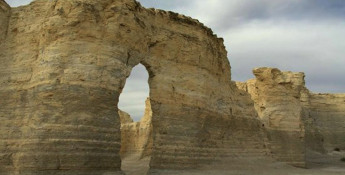 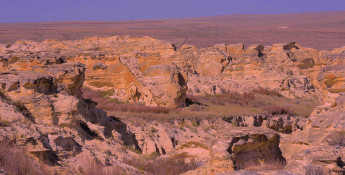 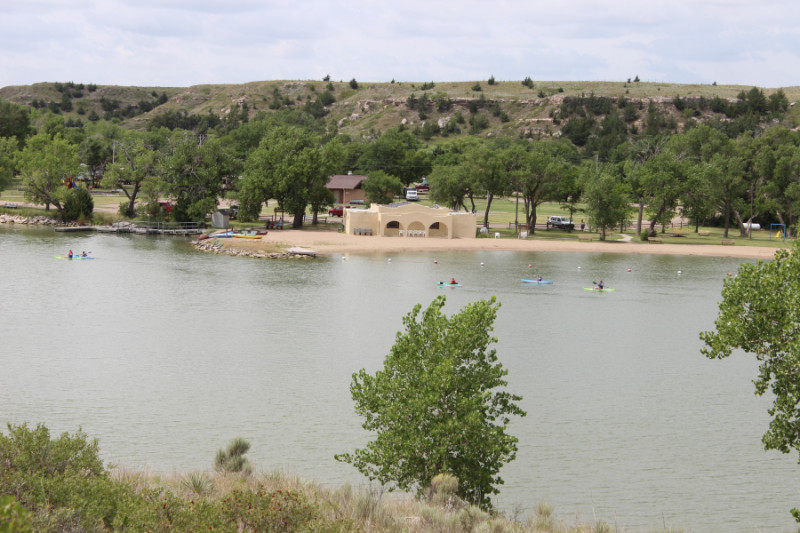