When was the last time you gasped in wonder at nature so magnificent, words could not be found to describe what you were feeling?

Do yourself a favor and venture down the road less traveled to the newest crown jewel of Kansas; Little Jerusalem State Park. Unlike other state parks that offer activities like camping, boating, equestrian trails, fishing and other outdoor activities, Little Jerusalem invites you simply to enjoy one of the most stunning landscapes Kansas affords.

At the end of a gravel road in western Kansas, sandwiched between farm fields on one side and pasture on the other, this unusual Niobrara Chalk formation suddenly appears on the plains. It sneaks up on you so quickly you can’t help but gasp in awe.

Little Jerusalem, also sometimes known as The Badlands, is one of the smaller state parks at 332 acres (Mushroom Rock is the smallest at five acres). The park has an unusual appeal because of what it does to your imagination. As you gaze across the rock formations and across the Smoky Hill River Valley (it runs underground through this section), you can’t help but imagine what life was once like on the prairie.

As you wander the well-groomed and well-marked trails educational signs are strategically placed to provide a deeper understanding of the incredible ecosystem. The benches, which offer the best views of the vast panorama, invite you to relax and enjoy the best of nature. The longer you remain, the more the prairie comes alive and your imagination takes flight. 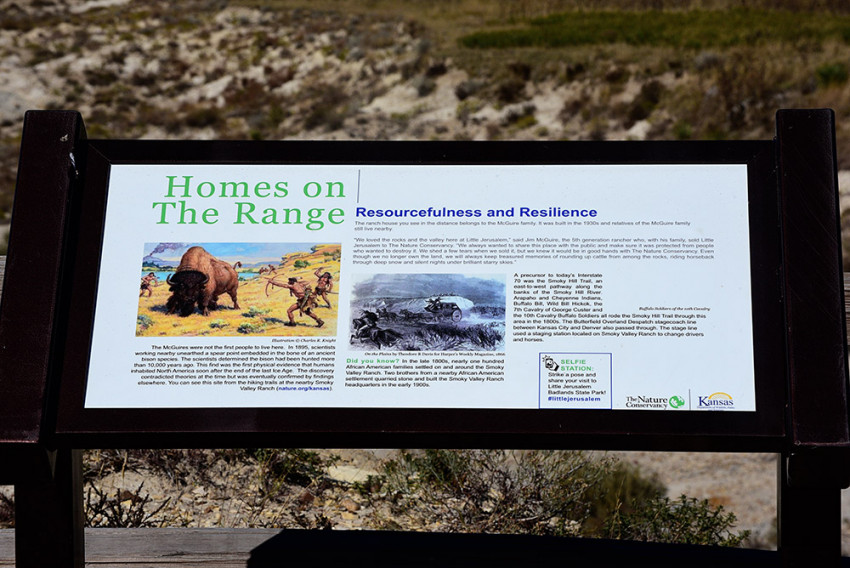 Imagine when this area was once a sea brimming with swimming and flying reptiles now fossilized in the rocks. This region is rich in prehistoric findings and a trip to the Sternberg Museum in Hays is an excellent way to gain a sense of this area.

Imagine the Quartelejo Apache in the late 1600s sneaking up on a herd of a million buffalo. You can visit the ruins of the northernmost pueblo in the U.S. just a few miles south in Scott City Lake State Park. In Scott City, the El Quartelejo Museum provides a fantastic history of the region.

Imagine the pioneer scout, Kit Carson, mounted on horse, searching for the best overland route to the west. General Custer bivouacked his troops not too far away because of the abundance of water, grass and wildlife for meat. The Smoky Hill River valley was a well-known conduit for travelers heading west to a new life and the promise of 160 acres under the Homestead Act by President Lincoln. If you listen closely, you can almost hear the creaking of a Butterfield Stage Coach following the  Smoky Hill Trail, which began in Atchison and generally followed the river into the high plains of Colorado.

Look across the valley at the old farmhouse, barn and corrals along the western slope. The McQuire family, capitalizing on the Homestead Act, claimed this piece of land and lived on it for five generations. What was it like when the cold north winds howled a blizzard across the plains or where did they hide as a tornado roared up from the southwest horizon?  Some of the McQuire family still lives in Chapman and the stories they tell are inspirational. 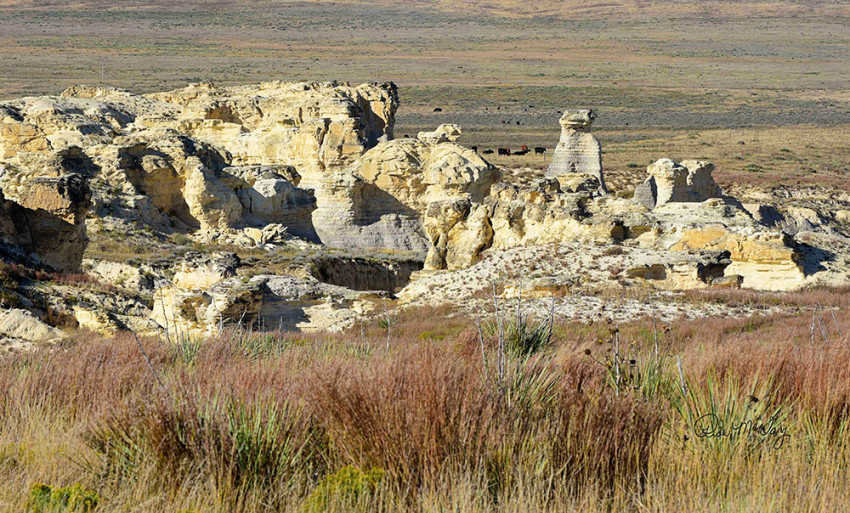 Another unusual experience in Little Jerusalem is sharing it with a herd of cattle who freely graze on this land. Watch out for their droppings, also known as cowpies, and, like any other animal, respect their distance. But, unlike wildlife, cows are a curious lot and are attracted to where all the action is because they literally have nothing else to do except eat. If your imagination is active enough, you can have a conversation with them, but be careful, they can be as sarcastic as a teenager.

In a society that is increasingly removed from rural life with more than 80 percent of the population living in urban areas, public access to rural settings like this are a treasure. Until recently, if you visited Little Jerusalem, you either had to get permission from the McQuires or illegally trespass. 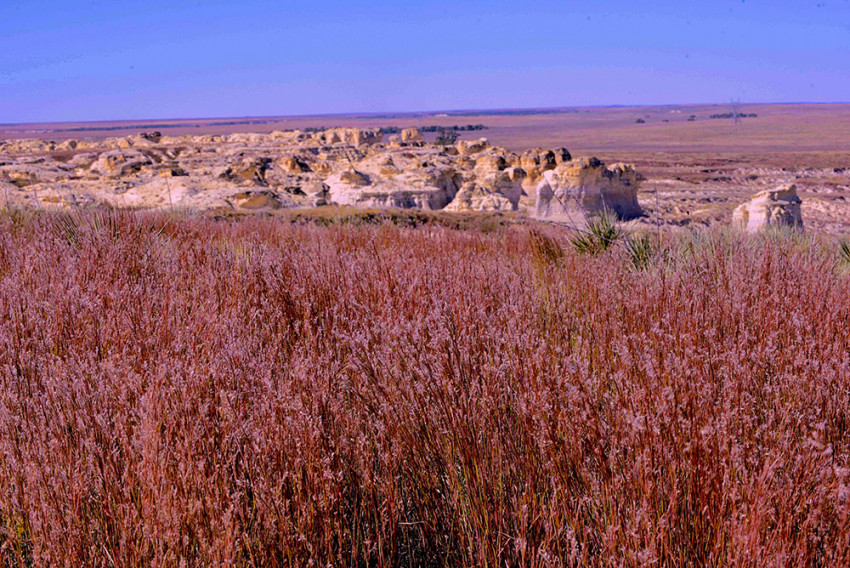 Perhaps the best part of Little Jerusalem is being outdoors and feeling the sun and wind upon your face. Spending time outdoors in such a grand environment is a great way to disconnect from technology, screens and the constant barrage of social media. Of course, you’ll want your phone to capture images of the park but put it in airplane mode so you can simply enjoy nature at its finest.

The idea of a national, then a state park system to provide public access to the outdoors originated with the naturalist, John Muir. Muir, to make Yosemite a national park for public use, invited President Teddy Roosevelt to accompany him on a camping trip into Yosemite. For three nights they camped under the open sky and Muir convinced Roosevelt to use federal resources to keep such places open to the public.

Little Jerusalem is the latest in the Kansas State Park system to be declared a state park, but it is not owned by the state, just managed by the state. The oversight is provided by the Scott Lake State Park officials. Another interesting fact about Kansas State Parks is they are not funded with taxpayer dollars; rather, they are funded by hunting and fishing license fees, park fees and other fees charged to the public for using the resources for recreation.

Since any state park must be approved first by Kansas legislators, local farmer and state representative, Don Hineman, led the bill through the legislative process.

Little Jerusalem deserves to be the on the bucket list of anyone who enjoys natural beauty, history and the joy of simply being outdoors. It’s a great place to meditate, take the children and grandchildren on a history excursion or capture stunning images with a camera.

If it’s been a while since you were awe-struck by nature, do yourself a favor and take the road less traveled to Little Jerusalem State Park.

And into the forest I go, to lose my mind and find my soul. - John Muir

Little Jerusalem is approximately halfway between Oakley and Scott City on Scenic Highway 83. Turn west on Gold Road (it’s graveled) and go until you see the park sign, which is Road 400. Turn north and you will see the park sign on your west.

Amenities: There are bathrooms but no other facilities. The park hours are sunrise to sundown and the cost is $5 per vehicle unless you have an annual State Park Pass.

Stay on the trails unless you have a Park Ranger guided tour. These formations are chalk and very fragile. There is a fantastic tour provided by a State Park Naturalist, Sara Kay Carrel. She provides an excellent narrative and will introduce you to the rare Kansas buckwheat that only grows wild in this park. 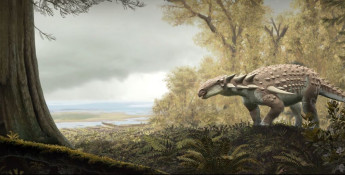 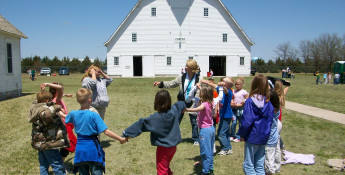 Prairie Museum of Art and History 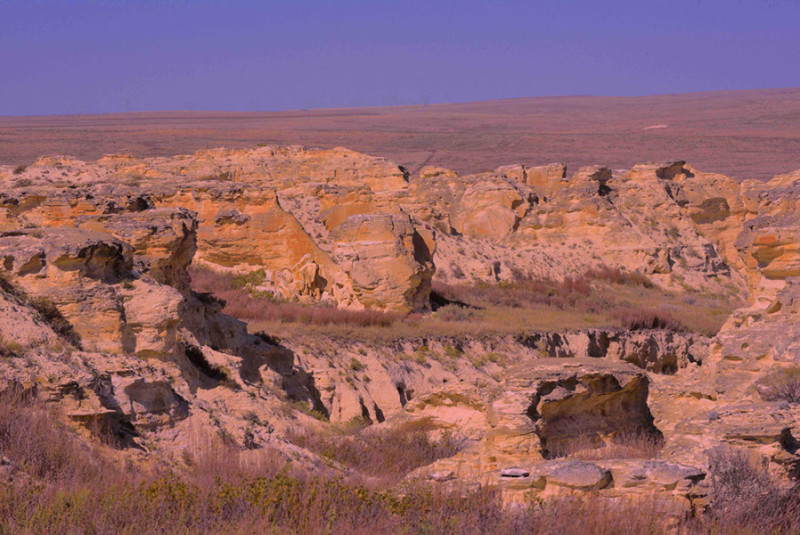