Running in Kansas can sometimes present challenges. Wind and humidity top the list of weather-related challenges, especially in the summer months. But for one Kansan, challenges – weather related or not – don’t stop her from enjoying fresh air, country views and that runner’s high when you finish a long run.

Her Instagram handle is an ode to the beloved Forrest Gump when Jenny says, “Run, Forrest! Run!” Run_quiltgirl_run likes to keep herself safe. That’s why she doesn’t share her name or location, but she shares her story. The runner and quilt maker says she lives in a rural part of Kansas, so running alone on country roads makes her cognizant of the importance of anonymity and being aware of her surroundings.

“Since I live in the country, I am always vigilant about being safe,” she says. “I don’t run with music so I can hear what’s happening around me.”

Run_quiltgirl_run isn’t just any kind of runner. She’s on her way to running for 1,000 days straight and might even surpass that. 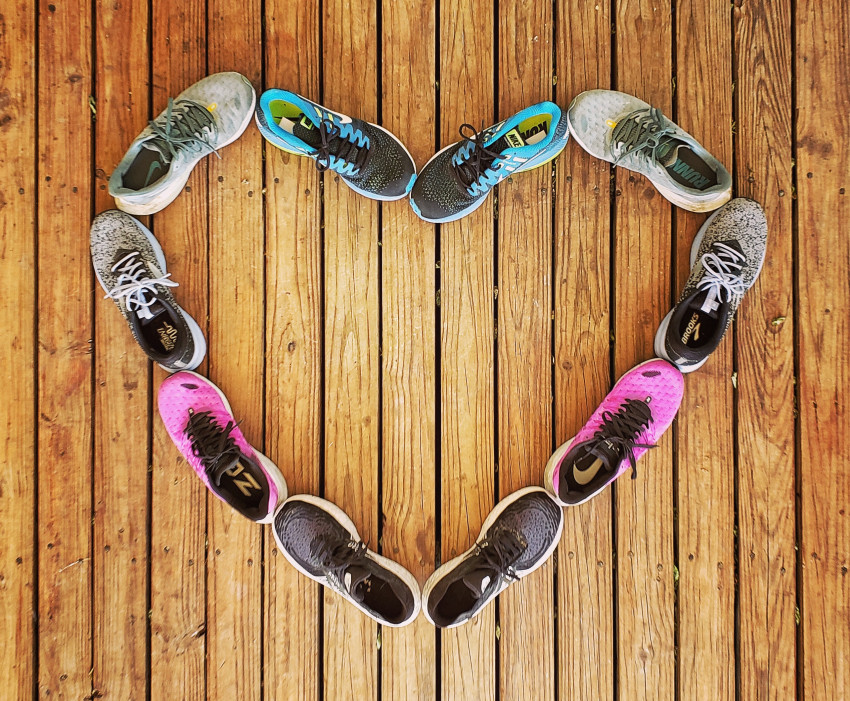 “The run streak may seem intimidating by some,” she says. “But I’m very type A. I’m a list maker. It’s easier for me to have running on my to-do list and get it done every day.”’

Barring any unforeseen accident or mishap, she will hit 1,000 days on July 14.

“After that, I’m not sure. I suppose I’ll keep going.”

She got the idea after seeing a couple of runners on Instagram doing a #runstreak.

“I was not a runner or an athlete of any kind,” she says, laughing. “After having kids, I wanted to lose weight. My brother started running and got me into it. Then I saw a couple of runners on Instagram who were doing a run streak, where they’d run every single day and I thought here’s a great way to check it off my list for the day.” 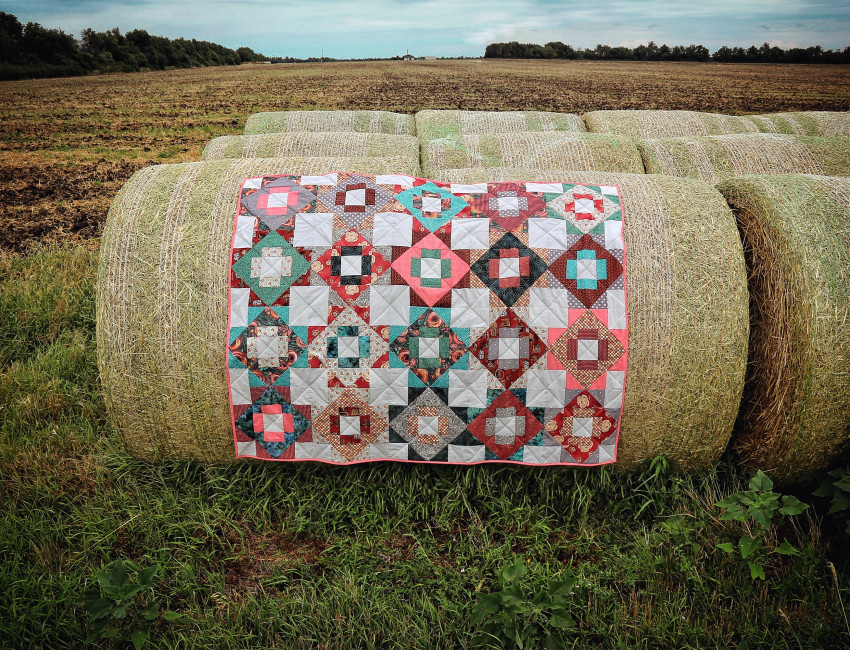 Setbacks are frustrating, but sometimes essential. One got in the way of Run_quiltgirl_run’s initial run streak. She had made it to 464 days when she had a pacemaker put in, ending her run streak because of surgery.

“I was so sad to stop my run streak,” she says. “I started completely over at zero after my surgery. It’s been special to be able to keep doing it, despite having heart problems.”

The pacemaker was to help her increase her pulse rate. She says at night her heart rate was getting down into the 20s and during the day was only in the 30s.

“I never felt good because my pulse was so slow,” she says. “They call it bradycardia. I actually put off getting the pacemaker put in for three years.”

The only time she says she felt good was when she was running because her heart rate would elevate to a more normal zone. When she wasn’t running, she had no energy.

“The only thing that made me feel good was running.”

As she nears her 1,000-day  goal, she gives credit to her faith in God and her family.

“God has completely sustained me,” she says. “I couldn’t have done this without His help. And my family, they’ve put up with me running every day.”

Running helps her stay calm and healthy, two things a mom of two boys needs regularly. She says it’s her chance to clear her head and be alone, although sometimes she’ll talk to God during her run, and other times her St. Bernard, Margo, joins her on the gravel roads and ready-to-harvest wheat field views. 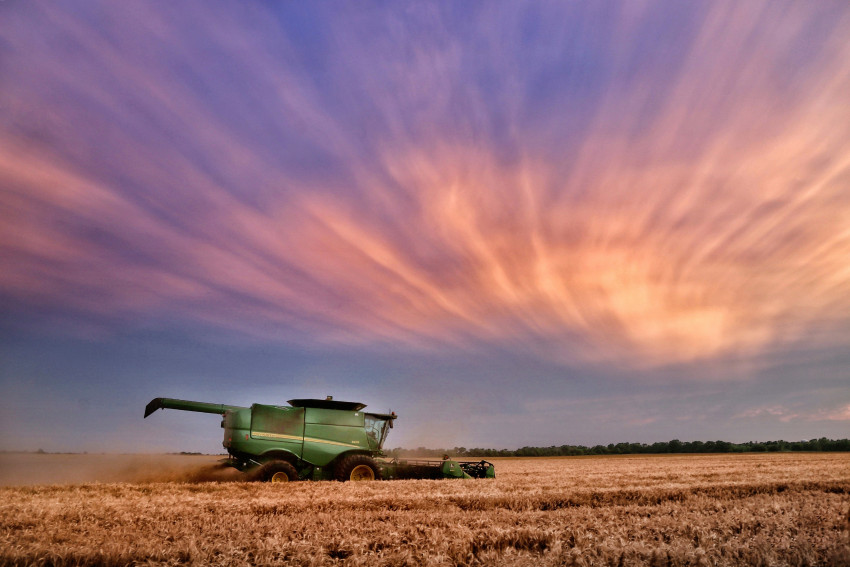 “It’s so beautiful in Kansas,” Run_quiltgirl_run says. “I love being outdoors in Kansas. It’s my goal to help people see that Kansas is beautiful. Our house is surrounded by wheat fields and ready for harvest right now. When they come by with their combines, they are right next to our house. The farmer will stop and give my sons rides during harvest and they just adore that.” 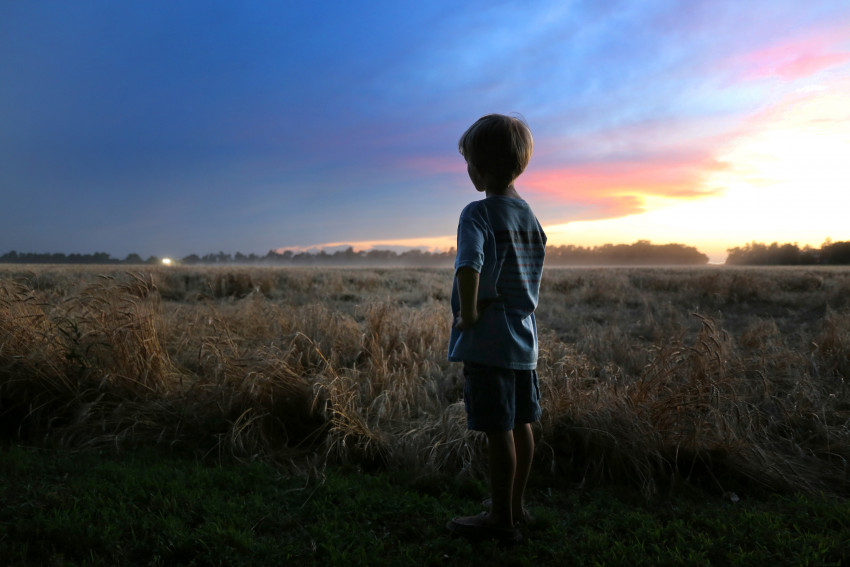 Run_quiltgirl_run’s tie to agriculture isn’t just wheat fields outside her door. Her dad and grandpa farmed in northwest Kansas, where she’s originally from. She lost her dad on Father’s Day two years ago, and has fond memories of the area she grew up in.

“I get teary-eyed when I drive home,” she says. “I hate when people have this opinion of Kansas that it’s boring or ugly and I hope my Instagram can maybe change someone’s mind. I love our state so much.” 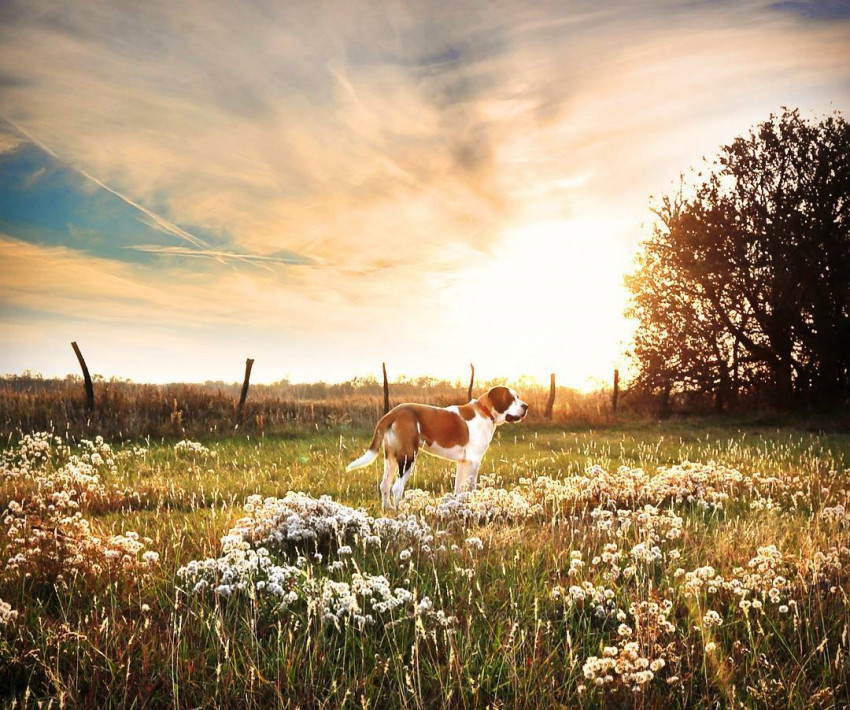 Running in Kansas can sometimes be challenging. But look through Run_quiltgirl_run’s Instagram and you’ll find yourself yearning to be outside, shoelaces tied, ready to enjoy the view. Maybe Margo will join you. 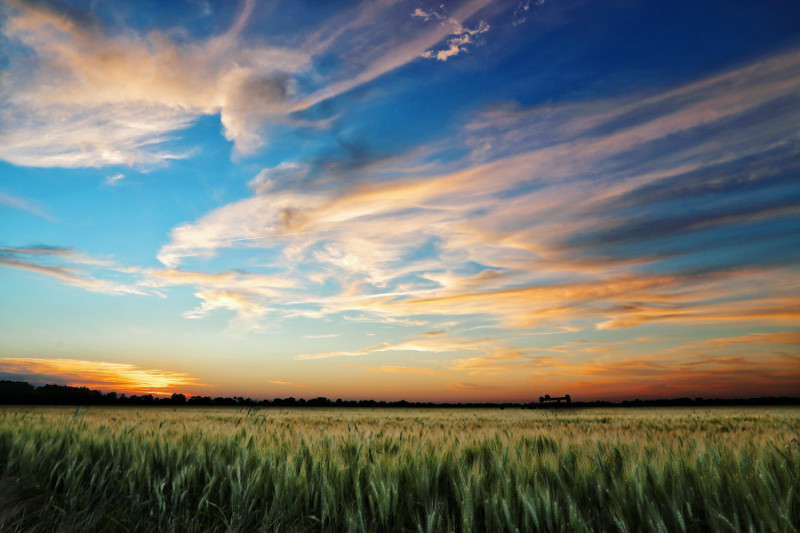