10 world hunger facts that will make you want to help

That’s roughly 805 million people who go undernourished on a daily basis, consuming less than the recommended 2,100 calories a day.

2. The world produces enough food to feed all 7 billion people...

But those who go hungry either do not have land to grow food or money to purchase it.

3. Poverty is the principal cause of hunger.

The causes of poverty include lack of resources, an unequal income distribution in the world and within specific countries, conflict and hunger itself.

Poor nutrition plays a role in at least half of these deaths.
(1-4 Source)

5. Some regions have a higher proportion of malnourished people than others.

Sub-Saharan Africa is still the region with the highest prevalence of undernourishment — nearly 1 in 4 people are estimated to be hungry. The most progress has been made in Asia, Latin America, and the Caribbean. Progress has been slower in western and southern Asia.

6. Poverty reduction efforts have paid off in achieving better access to food in developing countries.

Extreme poverty rates fell from 35 percent in 1990 to 10.7 percent in 2013. However, having the economic means to access food is also affected by food prices and people’s purchasing power, which have both varied widely in recent years.

World Vision’s programs that assist families with agriculture and microfinance for business development have the added benefit of improving food security.

In India, for example, where the economy has experienced high growth in the last decade, the most recent data shows nearly 40 percent of children under age 5 are underweight, which typically means they are undernourished. In many other countries, the income gap between the haves and have-nots has widened.

Development programs that lift up the poor to be healthier, better educated and able to provide a stable income are vital to family food security.
(5-7 Source)

8. Asia is the continent with the most hungry people.

9. Since 1990, the world has reduced child mortality by more than half.

That’s great progress, but it still leaves 5.9 million children a year dying before they reach their 5th birthday. That’s 11 children every minute!

10. Globally, one in nine people in the world today (795 million) are undernourished.

They get fewer than the minimum amount of calories needed for good health and growth.
(8-10 Source)

But hunger can affect people closer to you in proximity. Check out the articles below for Kansas hunger facts. 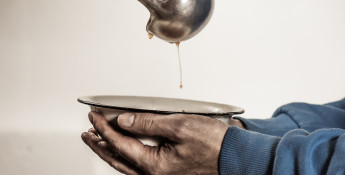 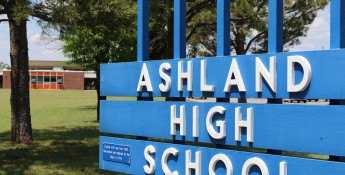 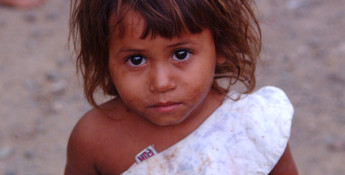