With the arrival of autumn, I’ve got my eye on the weather looking for the first frost of the season. My garden was sad during this very hot and dry summer, but it perked up once the rain returned, and the temperatures cooled off.

Thanks to canning and pickling, you can save the flavors of summer for the winter months. A pantry full of colorful jars filled with homemade jams, jellies, pickles and vegetables provides a taste of the season all-year long. While berries, cucumbers, tomatoes and green beans are some of the more popular produce choices for pickling and canning, apples and pumpkin are also tasty options.

The key to canning is to bring the internal temperature inside the jar high enough to prohibit the growth of molds, yeasts, bacteria and enzymes that cause food spoilage. How to do this depends on the acidity level of the food. In high-acid foods, such as tomatoes, peaches, apples and pickles, the target temperature is 212 degrees. This can be reached by processing the jars in boiling-water canners, which are large enameled pots that come with racks to lift the jars out of the water.

Low-acid foods are a different matter. Vegetables such as green beans, carrots, beets, peas and corn need to reach a temperature of 240 degrees to be safe. This can only be accomplished with a pressure canner. Like a pressure cooker, this type of canner can raise temperatures higher than boiling in water with the use of pressurized steam.

When canning, it is important to follow the recipe exactly. Any changes to the ingredients can impact the acidity level. Also, be wary of using old family recipes. Produce acidity levels have lessened in a lot of produce through the years. Tomatoes are less acidic than they once were.  That means great-grandma’s recipe may no longer be safe. Instead, look for a modern recipe that closely resembles the family one.

There are two styles of pickle making—refrigerator and canned. Refrigerator pickles are the easiest since it’s just a matter of putting the ingredients together and then storing the pickles in the fridge until ready to use. Canning pickles is a little more time consuming, but the resulting jars can be stored in the pantry for a year.

Vinegar is the key to pickle making. This acid not only gives pickles their zing, but it’s also important for safe preservation. Most recipes call for white distilled vinegar (often labeled pickling vinegar) with five-percent acidity.

Salt is another common ingredient, though thanks to the vinegar, it is not as important to the preservation of the pickles. Use the type of salt called for in the recipe. Table or iodized salt can make the brine cloudy and change the color of the pickle. Use pickling salt instead. Some recipes call for kosher salt, which works well. However, don’t try to substitute pickling salt for kosher salt. The salts do not measure equally since kosher salt has larger crystals.

When making pickles, follow the recipe exactly, especially when processing. Any changes, especially in the type of vinegar, could throw off the acidity level, which would jeopardize the safety of the pickles. If you want to experiment with the ingredients, store those pickles in the refrigerator, where the acid amount isn’t as critical.

Here are three canning and pickling recipes that I love for their usefulness. The tomato sauce works in soups, chili and pasta sauces. Giardiniera is my favorite pickle to put out on an appetizer table for guests. And just think how easy the holidays will be with jars of canned apple pie filling. 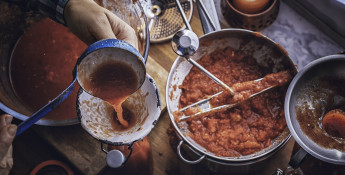 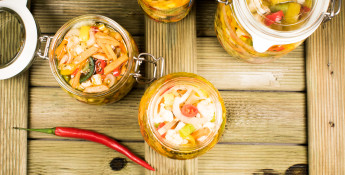 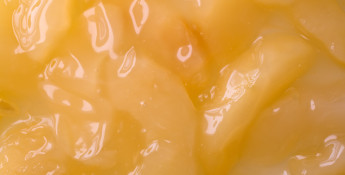