Ted and Kris Grinter had no idea how a Facebook page would radically change their life. At the suggestion of their daughter five years ago, they created the Grinter Farms page and now have more than 67,000 followers. You’ve probably heard of Grinter Farms and their popular sunflowers.

“Our daughter suggested we make a Facebook page,” Kris says. “I don’t advertise or boost the posts in any way. I think the Facebook page grows because people post pretty pictures and then share them with others. They either tag friends or share them on their page and tag us.”

“The traffic by our farm was so bad one year that it backed up clear to Lawrence (seven miles away) and even on the turnpike,” Ted says. “We’ve been growing sunflowers on our farm for 40 years but Facebook changed everything.”

The Grinters are third generation row-crop farmers. Ted’s parents, Jim and Mary Jane, began growing sunflowers in the 1970s because it fit well into their crop rotation and a new method of farming called no-till. He was also looking for a means to use the oil to power his equipment.

“We harvested our first crop but didn’t want to truck it 350 miles across Kansas to the closest processing plant in Goodland,” Jim says. “So I decided to bag it up and sell it as birdseed, but who heard of feeding birds 40 years ago? I did finally manage to sell it to a guy in Kansas City and we’ve been harvesting it for birdseed since then.”

There are two types of sunflowers grown for commercial use. The black oil sunflower has a smaller seed and is used for biofuel, birdseed, cooking oil and Sun Butter – a peanut butter-like product. The residue of crushed meal is used as a high-protein feed source for livestock. The confection sunflower, also known as striped or chew-and-spit, has a larger head and seeds.

“The sunflowers bloom for approximately two weeks around Labor Day,” Ted says. “Local radio and television stations inform people as to when they’re ready. When people get out of their cars, they ask what they should do. We tell them to enjoy it and treat it like a park.

“We harvest the sunflowers around Halloween, put the seeds in a bin then bag them. In a good year, the sunflowers will produce 2,000 pounds of seeds per acre. You can buy the bags at Lawrence Feed and Farm Supply; we usually sell out in a few months.” 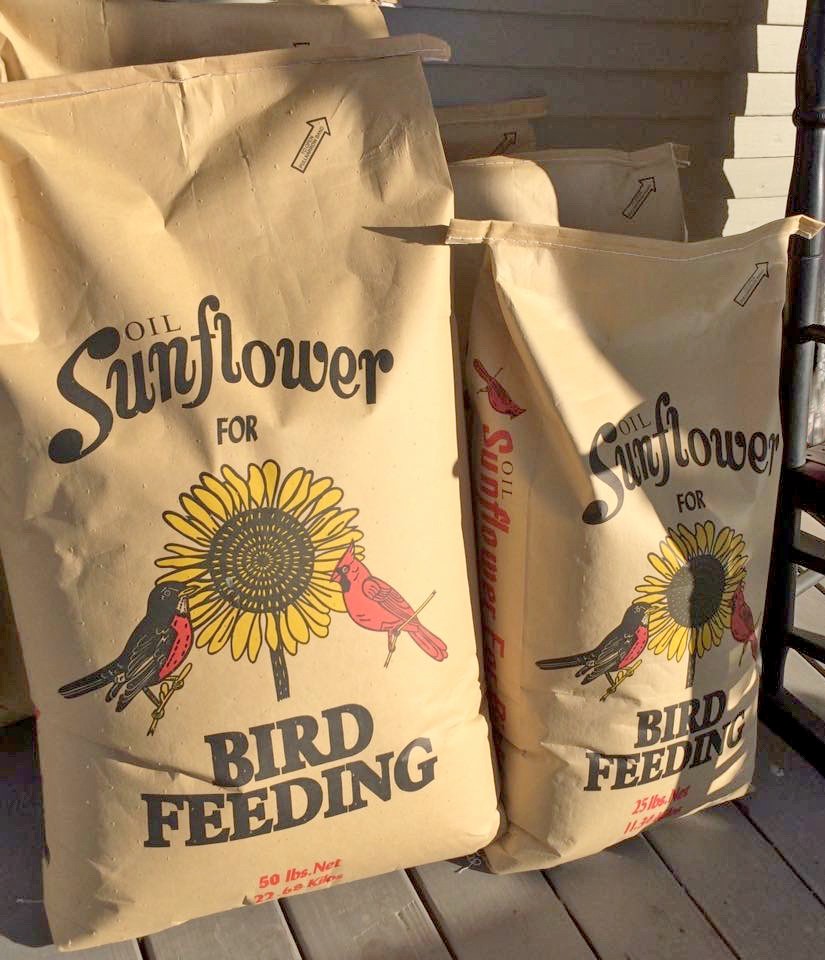 “The most popular part of the Facebook page is our Rules of Engagement because, well, some folks just need rules to follow,” Kris says. “Every rule has a precedent. We have more than 300,000 views as people wait to see what our new rule is for the year. For example, last year we made a rule that people had to pick up their dog’s poop and put it in a bag. But they left the bags of poop at the edge for us to pick it up. So now we might have a rule that says you have to pick up your dog’s poop AND take it with you.”

One of their humorous, yet pointed Rules of Engagement, was written in response to the Kansas Department of Health and Environment:

There are no restrooms. I used to suggest finding a nice quiet spot way out in the field, but I can’t do that now because the KDHE said they would shut our field down. Please don’t use the field as a toilet. Nobody can use the field as a toilet…except for the deer, coyotes, feral cats, skunks, opossum, bats, birds, rabbits, rodents, snakes, raccoons, squirrels, lions, tigers, and bears…oh, my!

“The best part about sharing our sunflower fields are the stories people tell,” Ted says. “I wish I had time to set up a tent and do a meet-and-greet. We have grandparents who talk about coming when they were a child, then bringing their children and now their grandchildren. There are a lot of family, wedding, engagement, senior photos and selfies taken with the sunflowers.”

“People have suggested that we charge admission, but that’s not going to happen on my watch,” Kris says. “My mom was a single mother with four kids and we did a lot of fun things like camping and fishing because they were free. There should be free things left in the world.”

“People do ask if they can take a sunflower head with them but we warn them they dry up quickly and might have a car full of insects by the time they get home,” Ted jokes. “If they want, they can drop a dollar per head on the honor system in a box. I keep hoping people will give me a dollar a head for all the sunflowers then I won’t have to harvest them.”

After numerous people asked the Grinters for sunflower memorabilia, they opened a store located down the road two years ago. In addition, they added a commercial kitchen to provide baked goods as well as items from local artisans. The shop is open 9 a.m. to 5 p.m. daily during the bloom, then on the weekends until December.

“People kept asking for t-shirts,” Kris says. “My degree is in graphic arts so I designed a t-shirt and had an order ready and Ted told me to double it, but I didn’t. We sold out, so then I doubled it, sold out and ordered more.”

Social media platforms like Facebook, Twitter and Instagram indicate visitors from all over the world visit the field each year. Their 40-acre field of Kansas’s state flower draws more tourists during that three-week period than any other attraction they offer.

Ted and Kris love watching their field of blooming yellow orbs follow the sun through the sky from east to west each day. Overnight, the flowers retrace that path so they’re ready to greet the sun each morning. After they bloom, they all fix themselves east and stop turning.

The Grinters also love sharing their beauties with the public. All they ask is that you’re not the reason they have to write a new rule. 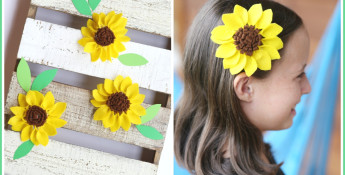 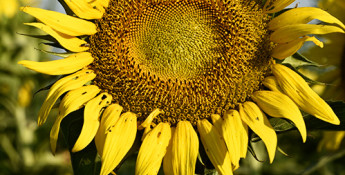