Early on a summer morning, Wanda Esping gazes out her second-story window over a field of sunflowers. Acres of yellow globes splash across land homesteaded by her ancestors along the Smoky Hill River near Lindsborg.

“Oh, Karl,” Wanda says to her husband. “Look at our girls this morning. Aren’t they beautiful? Look at the way they dance with the sun!”

Karl and Wanda began growing sunflowers shortly after the Easter Freeze of 2007 wiped out their family’s wheat crop.

“The freeze wiped out $2 billion worth of crops in the U.S.,” Karl says. “I had a heart attack and while recuperating from triple by-pass surgery, I researched sunflowers. We planted our first 400 acres of sunflowers in wheat stubble that year.”

There are two kinds of sunflowers grown for commercial use: black oil and confection.

The small, black oil seeds are used for cooking oil, cosmetics and premium bird food. The large, confection seeds are popular with consumers who eat the kernels that have been de-hulled by a machine or with their teeth.

“Oil sunflowers grow better on our farm,” Karl says. “But confection sunflowers do better in drier areas like western Kansas. We plant around Memorial Day and harvest around Halloween. A good yield runs about 1,500 pounds of seeds per acre.” 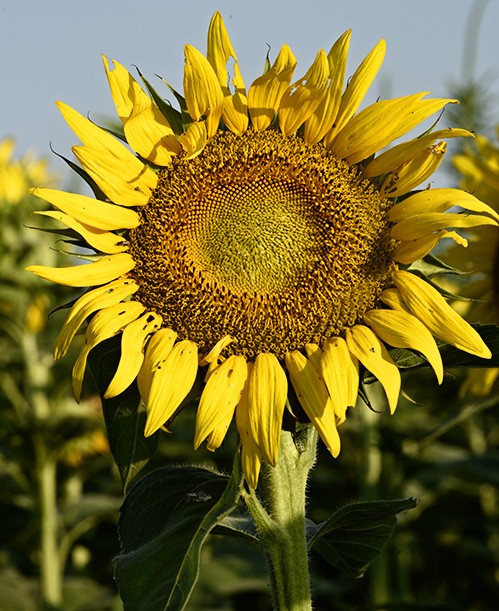 “People ask if sunflowers follow the sun across the sky each day and, yes, they do,” Karl says. “However, they stop once the flower blooms, then the head slowly starts to sag.”

Critical to the crop’s success are pollinators, like honeybees.

“If you walk into the field and stand still, the buzz (of bees) will turn into a roar,” Karl says. “In spring, you often see trucks on the interstate carrying bee hives up north to pollinate their sunflower crops.”

Once the oil seeds are harvested, they are hauled to a press that squeezes out the oil. Sunflower oil falls into three types; NuSun, linoleic and high oleic. Oleic acid is a healthy, monounsaturated fat that occurs naturally in vegetable oils.

“I grow high oleic sunflowers,” Karl says. “Sunflower cooking oil is increasingly popular because of the healthy content of good fats and no trans fats. It’s high in Vitamin E and has a 50 percent higher smoke point than other cooking oils.”

Another use of black oil sunflowers is feeding songbirds. More than 25 percent of the annual oil sunflower crop is used for bird feed.

“I’d prefer to make a little money feeding birds instead of them eating my sunflowers in the field for free,” Karl jokes. “That’s why I like sunflower heads to sag; birds won’t hang upside down to eat. A flock of blackbirds can wipe out an entire crop in one day.” 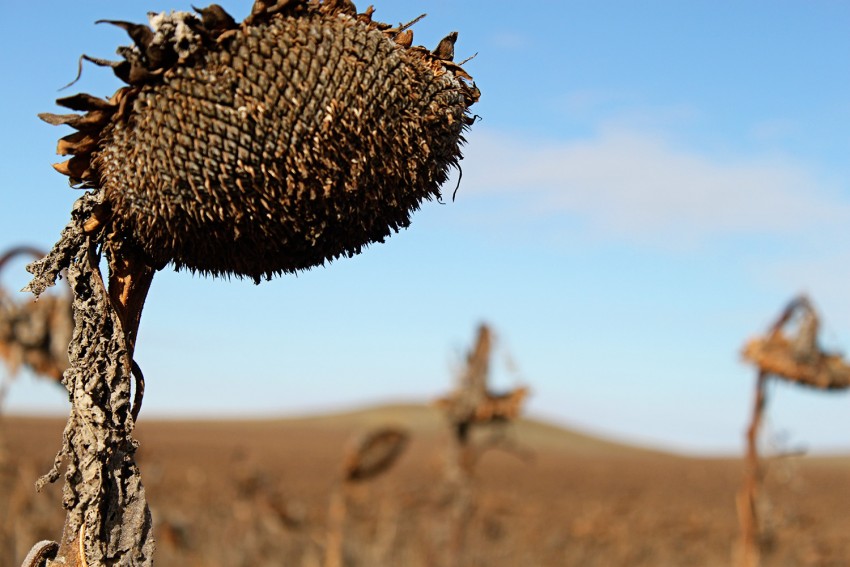 The byproduct of pressing the seeds into oil is sunflower meal. The meal is turned into pellets, a high-protein feed additive for cattle also known as sunflower cake.

Confection sunflowers are sent to facilities to be dried. The larger seeds are seasoned with a variety of flavors like ranch, dill or barbecue. The medium-sized seeds are de-hulled and the kernels used in salads and snacks. The smaller seeds are used in bird feed mixtures.

Confection kernels are also used to make Sun Butter. This peanut butter-like paste is high in protein and marketed as a peanut-free and tree nut-free alternative. People with nut allergies are able to eat Sun Butter.

“The fun thing about confection sunflowers is that people can grow them in their own garden,” Karl says. “I often talk to school kids and give them a packet of seeds so they can grow their own. I also give them instructions on how to dry the seeds and make their own snacks. There’s even a coloring book for kids.”

In addition to farming 300-500 acres of sunflowers each year, Karl is a passionate ambassador at state, national and international levels for sunflower production. He serves as the Chairman of the Kansas Sunflower Commission as well as the Vice President of the National Sunflower Association.

“There’s a difference between a commission and an association,” Karl says. “When a farmer takes a crop to the grain elevator, he or she is charged by the state of Kansas with a crop check-off. That check-off money is given back to the commission who represents that crop. The Sunflower Commission is funded by that system to create better markets.

“However, an association is funded privately so they can do political lobbying. I make trips to Washington, D.C., because a lot of people who make decisions about what happens on a farm have never even been on one.”

“I go to Spain next spring to help increase our exports,” Karl says. “Soccer fans love sunflower seeds and we want them to eat seeds grown here in the U.S.”

Like all farm families, the Espings continue to diversify crops to ensure success on the farm for future generations. 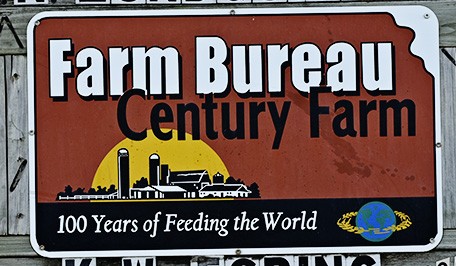 “We’re the fifth generation to live on our family farm since 1869,” Wanda says. “It feels so good to see the sixth and seventh generation – our son and four-year-old grandson - farming with us. We want to give our descendants in the eighth and ninth generations the opportunity to farm this land.

“Someday, one of our grandchildren will live in this house and look out over the same field each morning. We want them to enjoy our beautiful, yellow girls as much as we do.”

Learn more about sunflower seeds in this fun video.