Perhaps the greatest fear farmers and ranchers have is losing control of their land. The fear isn’t losing income, power or prestige others often ascribe to landowners. No, the fear is rooted in the deep desire to share with their children a business built of blood, sweat and soil. A business where a good year is breaking even. A business which makes little sense financially yet offers a lifestyle that’s priceless.

The fear is understandable given the perilous professions that are farming and ranching. Any number of natural phenomena — drought, floods, disease — can doom generations of family stewardship over the land. While these are always in the back of farmers’ minds, there are still more threats from things like urban sprawl, eminent domain and, of course, taxes.

While the estate tax generates lots of attention, especially among small business owners, recent proposals in Washington, D.C., would dramatically shift the types of taxes small businesses like farms and ranches could owe. And, if passed, these proposals would significantly reduce the ability of rural families to pass down their primary legacy — land.

President Joe Biden and Senate Democrats have proposed similar, yet slightly different, changes to the tax code that would radically accelerate when taxes are owed when a person dies. Both plans would treat death and the disbursement of assets through inheritance as a sale. This would trigger capital gains taxes, which is a percentage on the difference between an asset’s current market value and its basis, or the original cost of the land, livestock or machinery.

Under current law, heirs receive a “step up” to an asset’s market value at the date of the decedent’s death. An heir only pays capital gains tax if they sell the asset at a later date for a higher price. Under the plans circulating in Washington, a landowner’s death could trigger capital gains taxes of between 20 to 40 percent, depending on the value of the estate. That could force heirs to essentially have to come up with enough cash to pay for at least one of every five acres.

This is not the first time stepped-up basis has been threatened. In the late 1970s, Congress passed a law ending the practice, but lawmakers ultimately repealed the measure before it took effect because of the complexity owners face trying to figure out their original basis for long-held assets. Without proof, the Internal Revenue Service will peg the basis at zero.

Implementing the scheme also discourages investment and lowers the long-term growth of the economy. A report from EY found that repealing stepped-up basis would cause the loss of 800,000 jobs over the first decade after it’s implemented, and GDP would fall by $100 billion over the same time frame.

In a visit to Kansas in May, American Farm Bureau President Zippy Duvall called these tax proposals the biggest threat to the continuation of generational farms in the United States.

“Capital gains at death and doing away with stepped-up basis will be the death of the family farm because we are not rich people,” Duvall says. “We may be rich in land, but we’re poor in cash. When the taxes come due, the only way to get the cash is to sell the land so you can’t pass it on to your children.” 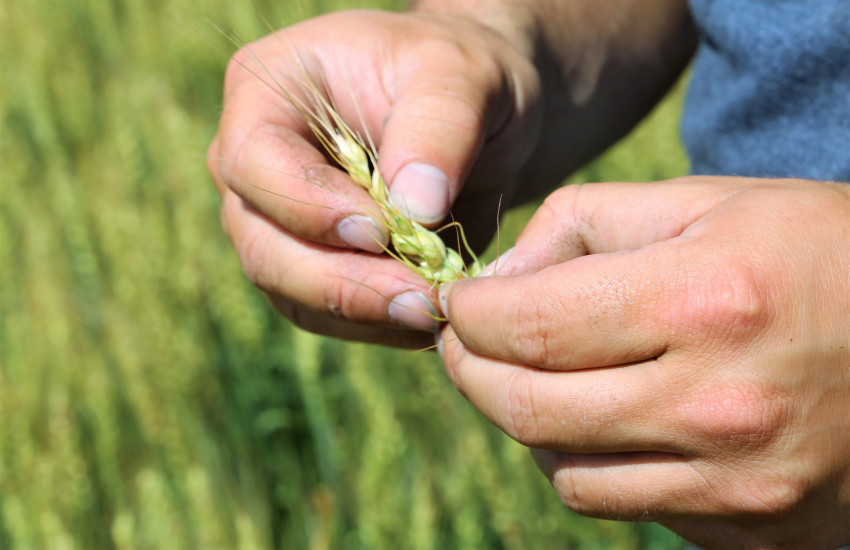 Duvall says the threat to generational farms would affect all Americans because it could put at risk the food security we all enjoy today. “We’d be dependent on other countries to feed us,” he says.

These proposed tax changes are so detrimental to family farms because the land has been with the same owner for decades and the operations have to be larger to support multiple families on slim margins.

“You can’t ask a young person to go to college, get an education and divert away from other areas of employment that would make them a good living with retirement and health care, and throw them out on a farm where they know it’s difficult or sometimes impossible to make a profit,” Duvall says. “And they can’t return if they know there’s a major tax burden with the transition.”

Hayden Guetterman is the fifth generation to work the land on his family’s farm in northern Miami County and southern Johnson County. Since graduating from Kansas State University four years ago, he’s worked alongside his grandparents, father and three uncles to grow corn, soybeans and soft red winter wheat.

The current tax proposals threaten not only Guetterman’s ability to pass the farm on to the sixth generation, but they could also potentially represent the end of the farm for him, his father and his uncles.

It takes about 30 minutes to reach downtown Kansas City from the family’s farm headquarters near Bucyrus. That offers a lot of benefits, like being close to the markets, but it also comes with steep land values from the growing suburbs.

Since Guetterman’s grandfather started farming in the 1950s, some of the family’s ground could face capital gains taxes on thousands of dollars of appreciation. Guetterman says he’s thankful the family has had good opportunities to expand their operation over the years, but they didn’t buy land only hoping its value would go up.

“We do look at ground as an investment, but we also look at it as something that can provide for our family,” he says. “We try to think of the value of the life it provides for our family.”

Assessing capital gains at death wouldn’t just cause a hardship for heirs who would have to possibly sell land to pay the taxes, it would undermine the decades of stored value that often allows generational farms to keep expanding.

“For what the land produces yield wise, compared to what it’s worth, it could never pay for itself just farming,” Guetterman says.

Currently, farmers like the Guettermans can average the cost of acquiring new ground against the land they already own. Farming is a capitalintensive, low-margin business that offers little room for error. While the revenue from a given crop may look impressive, profit shrinks once you account for the costs of seed, fertilizer, herbicide, land, labor, taxes and other inputs.

“Farm equipment costs as much as buying a house and it depreciates very quickly as well,” Guetterman says. “You’ve got to make money in order to pay for all your inputs, your land and your taxes, of course.”

Guetterman stresses that making money is necessary to continue farming, but that’s not always the primary goal. “We’re just trying to make a living off the land,” he says.

In a way, the dream is about wealth, not the monetary kind, but a wealth of heritage. A type of wealth land offers that no one can put a price on. The kind of wealth these tax proposals could destroy.

“To get a chance to run part of the farm my elders did, and for me to continue that,” Guetterman says. “To rise up to the challenge and pass it on to my next generation. It’s quite an honor.” 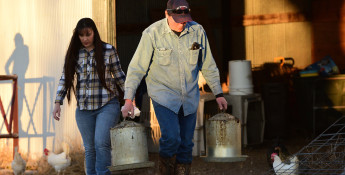 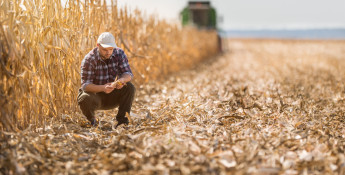 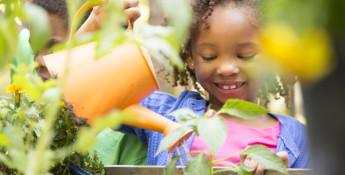 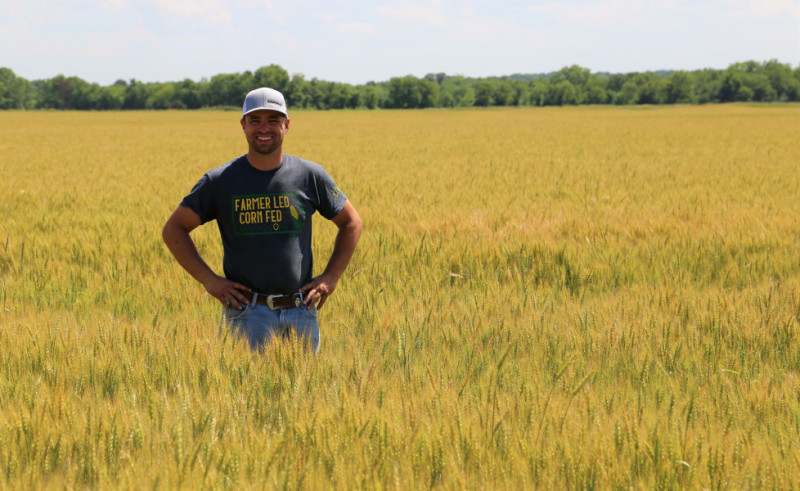