A dog barking, “you’re muted” and the occasional chime of an email arriving were just some of the sounds replacing the traditional hum of hundreds of people at Kansas Farm Bureau’s 102nd annual meeting in early December.

Like most things in 2020, the usual in-person celebration of another harvest had a different look and feel because COVID-19 shifted the event to a virtual format. Farmers and ranchers, however, know how to get things done, even if it means using imperfect tools.

“I think it’s safe to say we learned a lot,” says Rich Felts, Kansas Farm Bureau (KFB) president. “An online-only meeting is not something we want to repeat, but there is ample evidence our members still found tremendous value from this experiment.” 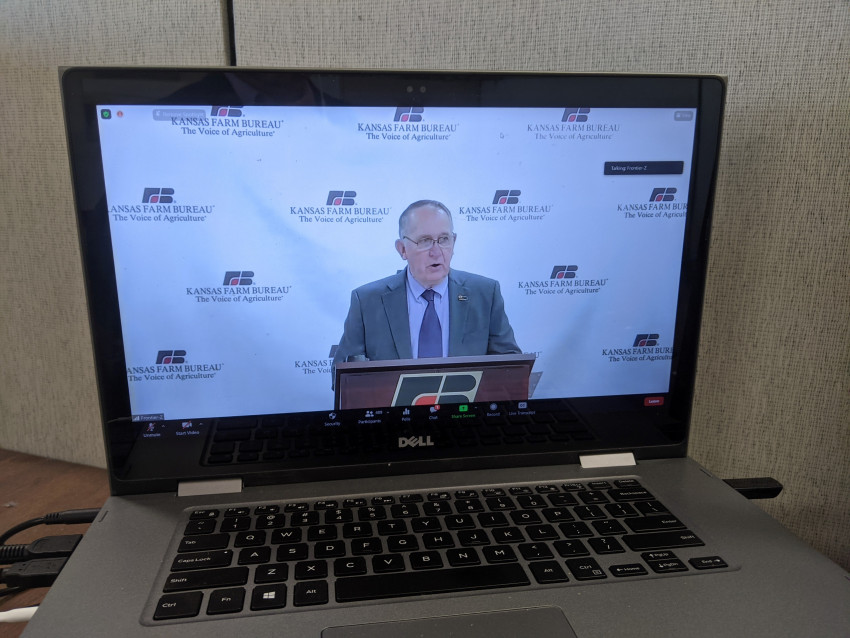 Two of the most common values members found were flexibility and convenience. Many were able to tend to their daily tasks and still participate in the experience. One even got some hunting in during the festivities.

“We live in a world where we’re so busy, being virtual allowed me to be more efficient, stay present on our operation and I got to deer hunt while watching it,” says Jacquelyne Leffler, Lyon County farmer and rancher. “My millennial self thoroughly enjoyed that part of it. Totally missed getting to see friends and family in person, but you make do with what you have.”

Leffler says she also enjoyed knowing she didn’t have to decide between workshops and networking sessions because she could watch a recording of anything she didn’t get to see live.

“Normally you had to pick one and miss the others,” she says. “That wasn’t the case this year. I was able to go back and watch every session I had an interest in.”

For Harvey County farmer Steve McCloud, the workshops provided plenty of good ideas, but he had to skip most of the networking events because of technological limits.

“I found myself trying to conserve my satellite internet data as I was up against the limits,” says McCloud, a member of KFB’s board of directors who needed the bandwidth to attend the virtual business session.

While not ideal, McCloud says the business session accomplished its mission of laying out the policies needed to guide KFB for the next year. “The business of the organization was adequately conducted, including some lively debate of resolutions,” he says.

McCloud says although there are some tweaks needed for virtual conferences, the annual meeting experience underscored the necessity of broadband connectivity across the state as Kansas moves into the future.

“Do I want it to replace the in-person meeting? Absolutely not,” he says. “But virtual aspects of our meetings, perhaps all meetings are here to stay, even in the post-COVID world, whatever that may look like.”

He noted the pandemic and need to host a virtual conference was a learning experience for all involved.

“I learned that even when facing a very difficult and undesirable situation, our members, staff and leadership are willing to make the best of it,” McCloud says. “I also learned that embracing virtual and online technology is something many of our members are willing to do so. Perhaps, more-so than previously given credit for.”

Leffler had a similar takeaway from annual meeting.

“Every speaker really capitalized on how important it is to be flexible and make sure you’re continually learning,” she says.

If you’re a Farm Bureau member in Kansas and missed the annual meeting, sessions are available on the organization’s website at www.kfb.org/annualmeeting. A KFB membership login is required. 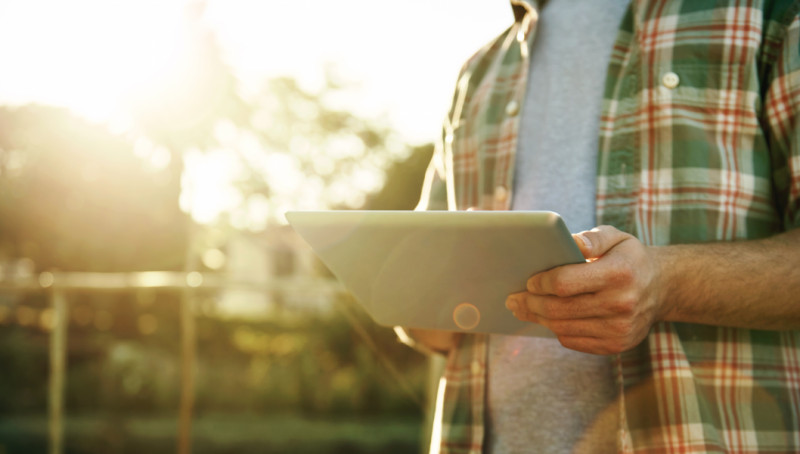