The past few months, there has been a lot of talk about 5G technology and what it can do for America. A lot of this comes in the form of TV commercials advertising faster download speeds and better cellphone reception. While these benefits are true, the implications of 5G are much bigger than that.

Deploying 5G is about owning the economy of the future, gaining a national security edge over China and closing the technological gap between rural and urban America. This makes the next generation of technology particularly important for states like Kansas, where 5G services can improve our everyday lives.

Building 5G infrastructure is the first step in providing all Americans with the same access to technology. In order to build this infrastructure, the Federal Communications Commission (FCC) must auction off areas of the C-band spectrum. The C-band is a digital spectrum that’s capable of facilitating 5G adoption throughout urban, suburban and rural America. It’s crucial that America starts building the necessary infrastructure and implementing 5G as soon as possible. Fortunately, FCC Chairman Ajit Pai understands the importance of speed.

Chairman Pai has proposed a plan to accelerate freeing up of 5G spectrum and begin the auction later this year. His proposal wisely, and fairly, provides the satellite companies currently occupying the spectrum with incentives to relocate as quickly as possible – that means achieving 5G quickly.

“This is a not a partisan issue, but one that affects every American and every part of our country—from the cities to the rural communities,” Rogers says. “Much work remains to be done and cooperation is critical to moving this process forward.”

For rural America to gain the connectivity it deserves, Congress and the White House must work together, prioritize speed and support Chairman Pai’s proposal.

For those who live in cities and suburbs, connectivity is a given. The reality for rural America is very different. Less than one-fifth of Americans live in a neighborhood where at least 80 percent of the residents have broadband. Kansas is in the bottom 10 states in terms of overall connectivity, and nearly 10 percent of rural residents in Kansas have no broadband access at all. This means a lot more than your text taking a long time to deliver – this affects rural livelihoods.

Nearly one-in-five teens are sometimes unable to complete homework because of a lack of a reliable computer or internet connection. Local news and information is even becoming scarce in rural towns – more than 500 newspapers have closed or merged in rural communities. These areas are so underserved because companies won’t invest in infrastructure in these areas, or because there’s a lack of affordable access and devices. 5G can close this digital divide and allow all Americans the same type of opportunity – nobody should be put at a disadvantage because of where they live. 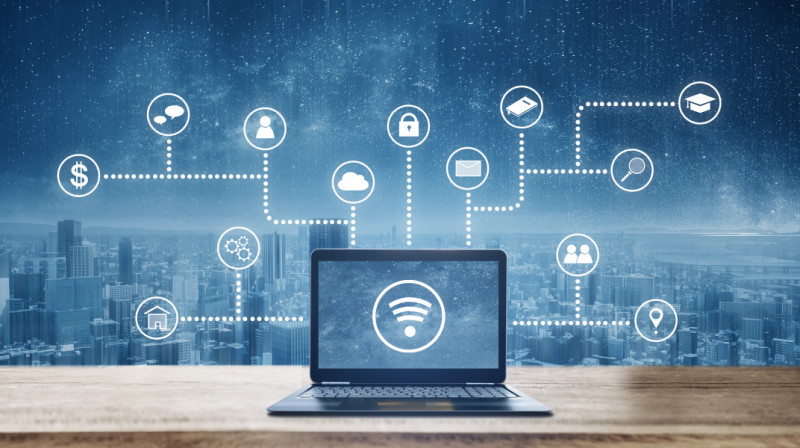