“Bartender, pour me a double shot of Red Eye whiskey, an Old-Fashioned for the little lady and two sarsaparillas for the kids.”

Requests such as this one have become familiar at the Boot Hill Distillery in Dodge City, which got its start in 2014 when Roger and Hayes Kelman along with Chris Holovach decided to build western Kansas’ firstever craft distillery.

Boot Hill Distillery produces two whiskies, a gin, a vodka and a potable Old West bitters — all made from grain grown by the distillery’s owners. 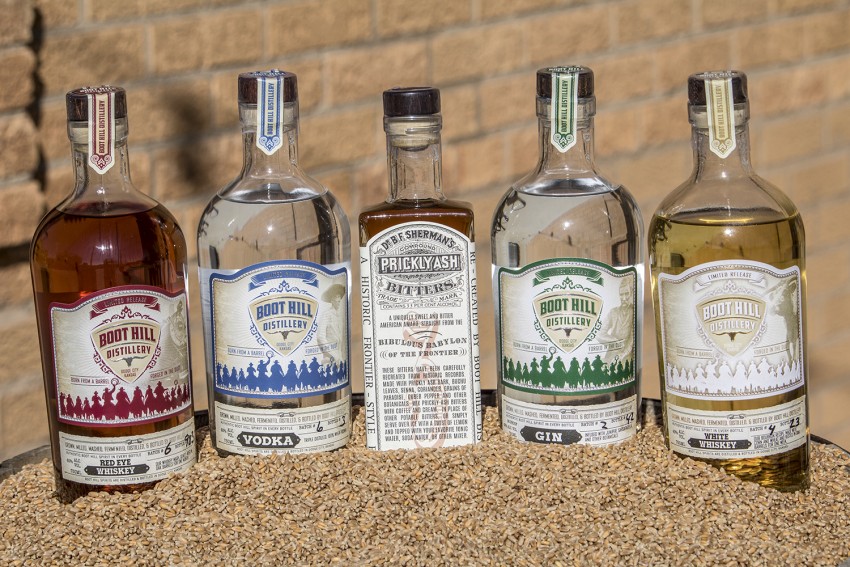 The distiller utilizes a pot still/column still hybrid setup to produce 100 percent of the products they sell on site. A pot still consists of a large kettle or pot which is heated from the bottom, boiling off the alcohol and allowing the vapors to be sent to a condenser and separated.

With column distillation, the mash enters near the top of the still and begins flowing downward. This brings it closer to the heating source, and once it’s heated enough to evaporate, the vapor rises through a series of partitions known as plates or stripping plates. At each plate along the way, the vapor ends up leaving behind some of its heavier compounds. 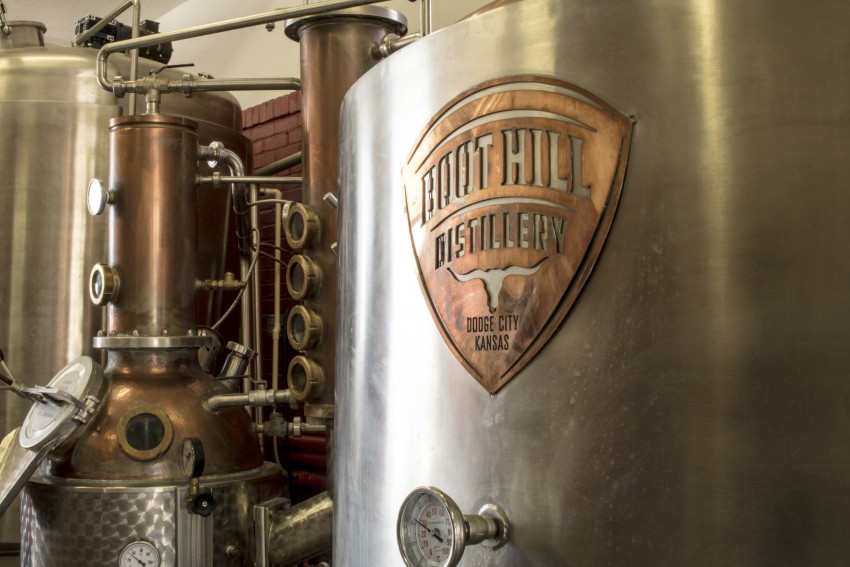 “We like to think of ourselves as a ‘soil-to-sip’ distillery,” Hayes says. “From the moment the seed goes into the soil to when customers take their first sip, our distillery completely controls the process.”

All the cocktails poured at the tasting room use Boot Hill’s own spirits as the base. The tasting room is one of the premier cocktail lounges in western Kansas, offering a bar reminiscent of a scene out of Dodge City in the late 19th century.

The centerpiece is a Brunswick bar that was built in 1902 and came from Bill’s Tavern in Dodge City. Customers can get cozy on one of several leather sofas and lounge chairs, or can have a seat at the large table in the center of the lounge.

Hayes says it isn’t difficult to convince someone to sit next to a stranger in their cocktail lounge.

“We’ve created a feeling of community,” he says. “Our tasting room allows people to come together, relax and enjoy what they are drinking. We don’t want to be a party bar.”

Instead, the idea was to create a destination where people could visit and sip a frontierstyle Kansas whiskey with massive amounts of character. 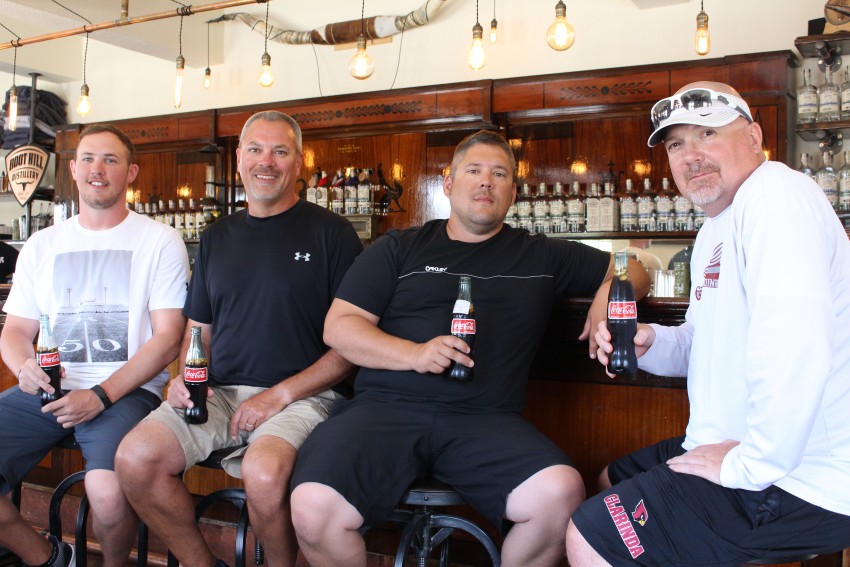 For example, the hand-crafted Red Eye whiskey is aged for a minimum of two months and is blended to recreate the style of a powerful, yet balanced whiskey that’s similar to what a person would have tasted in the 1880s while stopping in Dodge.

So how did this idea of making whiskey in Dodge originate? After careful consideration, planning and developing a business plan, Hayes, his father, Roger, and Holovach decided to build the distillery. They considered vertical integration a key consideration.

Hayes, a fifth-generation farmer, grew up on the family’s Haskell County land near Sublette. The farm consists primarily of corn and wheat with some milo and beans. Crops consist of dry-land (no application of water) and irrigated (responsible water application).

Hayes graduated with a degree in ag business from Kansas State University but always knew he’d move back and farm.

“How can we use the wheat and corn we raise to make something else? That’s when our farm-to-bottle distillery began to make sense,” Hayes says.

They also wanted to be able to set their own price for the whiskey product made from the crops they grew. They were not content with the price the market dictated for their wheat, corn or rye.

They considered constructing a shed on the farm or a large metal building outside of Dodge City, but when a historic building was slated for demolition, the location on top of the original Boot Hill Cemetery seemed like the perfect place.

“Fate sealed the deal,” Hayes says. “Dodge City’s history — born from a barrel forged in the dust — made it the obvious choice.”

After gutting the old building that served as a school, city hall and chamber, among other things, the trio spent more than $1 million refurbishing the property and installing the distillery.

Being accustomed to solving problems and tackling challenges, the partners drew on this background to figure out the distilling process.

The goal was to make the best whiskey they could. They understood the basics of chemistry, physics and a little biology and proceeded forward. They also aimed at utilizing the full flavor of the grain they grew in Haskell County. The western Kansas partners spent more than a year experimenting with full-scale distilling equipment before releasing a product they deemed ready for consumption.

“We wanted our first spirit release to be a high-quality product,” Hayes says. “We wanted it to taste good, be something we’d be proud to drink ourselves and serve to our guests.”

As their knowledge of distilling grains grew, it became only natural to share this joy and knowledge that amazing cocktails can be mixed with spirits made from locally grown grains.

To date, Boot Hill Distillery ships its whiskeys to distributors in eight states including New York and California. While it’s somewhat of a lofty goal, Hayes and his partners would like to eventually see their Red Eye whiskey, white whiskey, gin and vodka in all 50 states. Plans include rolling out a bourbon sometime in 2019.

In the meantime, if you’re traveling through Dodge City, stop at 501 West Spruce Street. Sit down in the Boot Hill Distillery lounge and order up a whiskey or the libation of your choice. And, if you’re so inclined, buy a bottle to take home and make yourself a good drink later. Cheers. 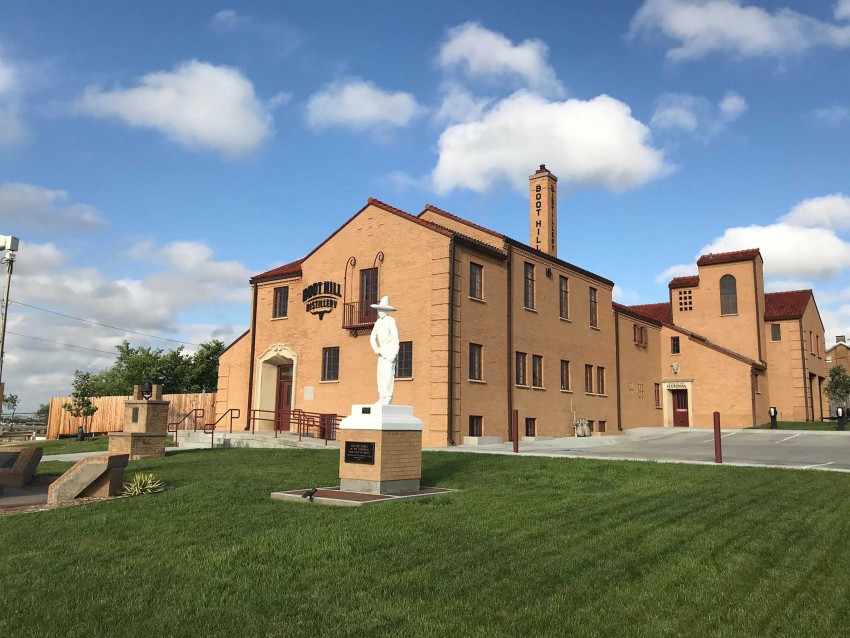 For more information about the Boot Hill Distillery in Dodge City, visit www.boothilldistillery.com. You must be 21 or older to access the page. 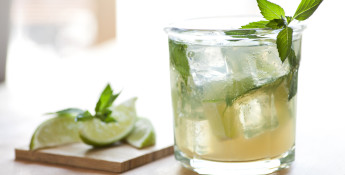 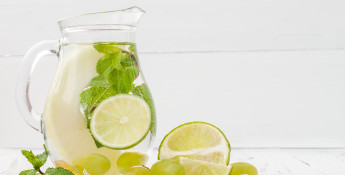