Imagine growing 10,000 pounds of popcorn knowing you had somewhere for it to go…and then the deal fell through. That’s what happened to the Baldwin family of rural Inman during the fall of 2017.

“We thought we had it sold but the deal fell through,” Dwight Baldwin says. “Suddenly we had enough popcorn to last us until we die.”

Many would consider this scenario a nightmare, but the Baldwin family banded together and today you’ll find Papa Baldy’s Poppin’ Snacks in more than 25 Kansas stores– including tires stores and lumberyards. 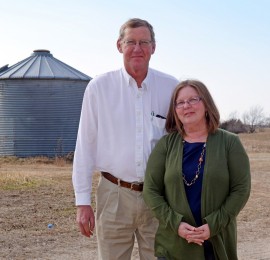 The idea to grow popcorn started with Dwight as he enjoyed a freshly popped bowl of popcorn. Soon, he had his wife Cindy, son Adam, daughter-in-law Kim and small grandchildren, Banks and Isannah, agreeing with the plan, and together they planted five acres of popcorn.  Yes, they all helped; that’s what family farms do.

“Most popcorn is grown in a band including Nebraska, Iowa and Illinois,” Cindy says. “It’s grown under contract to popcorn companies so the farmer knows they have it sold before they grow it.”

Although there are four different types of corn – field, flint, sweet and popcorn – there is only one kind that pops.

What makes this kernel so different? It consists of a hull that surrounds a gel-like starch. Inside of that is a tiny drop of water.  The water explodes at 347 degrees and the gel forms the popcorn as it cools.

The harvest produced 300 bushels and after it was cleaned, the net result was 200 bags of popcorn weighing 50 pounds each.

Kansas’s farmers typically grow commodities such as wheat, soy and corn. At harvest, they haul it to a grain elevator and either sell it immediately or wait for prices to improve. A phone call is all it takes to sell a crop.

After the original deal fell through, the family moved on to find a processor to separate the kernels into size and color.

“I found a mill in Belleville,” Dwight says. “A screen allows the bigger kernels to remain and continue on a conveyor belt past a color separator. The machine looks at each kernel and, if the color is wrong, blows the unwanted kernel off with a puff of air.” 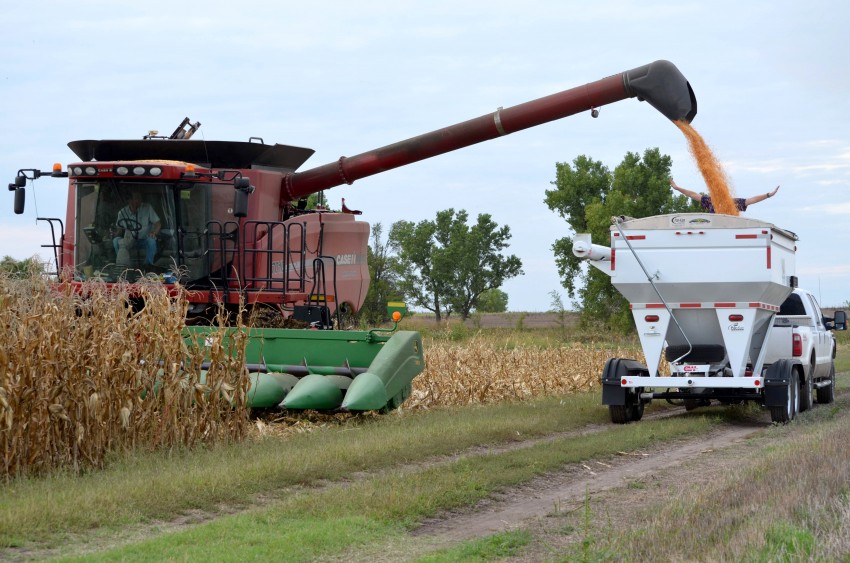 “The nice thing about this crop is that we are compensated for quality,” Adam says. “On our regular field corn, we grow #1 quality but get paid for #2; that’s the way the system works. However, with popcorn, we are rewarded for what we do.”

The Baldwins began developing the brand of the product and searching for markets. They came up with various names but couldn’t agree on one, so they took their choices to social media.

“I designed various logos then we put it out for a vote on a private Facebook page for farm wives that Cindy and I belong to,” Kim says. “The rug rats call Dwight Papa and Adam was nicknamed Baldy in college, so Papa Baldy’s was one suggestion. The name and the logo that won was by far the most popular, but wasn’t my first choice; my favorite design didn’t even make the cut.” 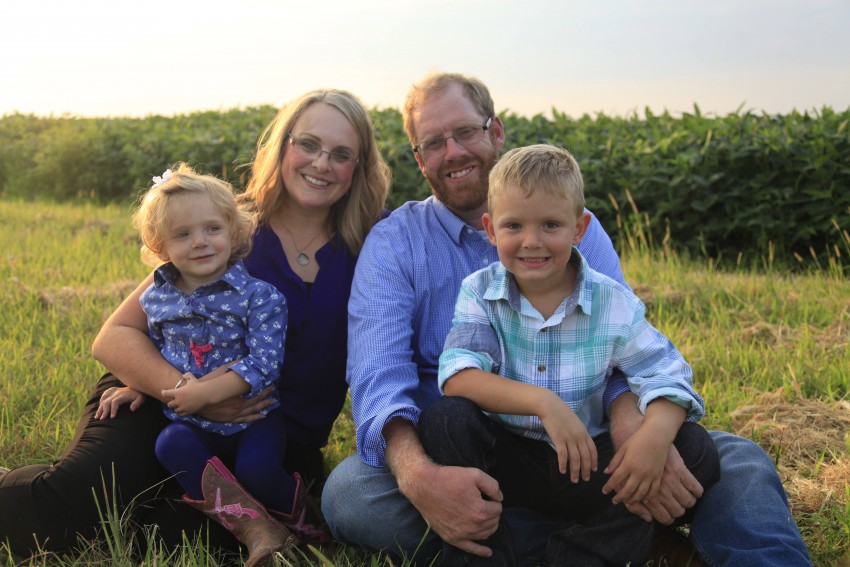 “Although Papa Baldy’s was not our first choice, it was the right choice,” Cindy says.

Next came the challenge of finding customers.

“We gave it to people to try and they liked it and wanted to buy more,” Dwight says. “I’m not a salesman, but we sold our cattle and I shifted from cattle chores to selling popcorn. I enjoy meeting people and it feels really good to have a good looking product that we created and people like the taste of.”

“Everyone has a Papa,” Kim says. “People are attracted to the brand because it is a product grown by a local family that plants it, harvests it, then packages it. You really can know your food and your farmer.” 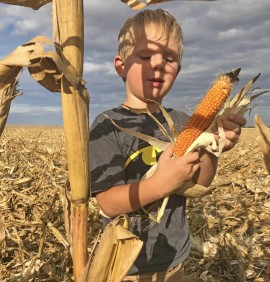 “What I like best is the popping sound it makes,” Banks, the five-year-old grandson says. “I like helping plant it and watching it grow.”

Family farms make up 97.1 percent of farms in America and the Baldwins are representative of the creative entrepreneurs who must adjust to an ever-changing market to stay in business. Although the term sustainable is often used in connection with farming, increasingly, the term resilience describes farmers who must bounce back from difficulties due to weather, falling prices for grain and rising production costs that threaten their livelihood.

However, for those raised with their hands in the dirt and a tractor as their office, the allure of growing something from a tiny seed to a mature crop is an irresistible music score that compels them to dance and a song they can’t help but sing.

And, when no one is watching, they might even hop along with the popping.