On the opening weekend of pheasant season, veterans from across the United States travel to Ness County, a High Plains region of Kansas, to hunt with Marvin and Twylia Sekavec. Each year, between 40-50 ex-military personnel — the size of an infantry platoon — take to the milo and wheat stubble, draws, grassland, buffer strips and trees in pursuit of the wily Ring necked pheasant. 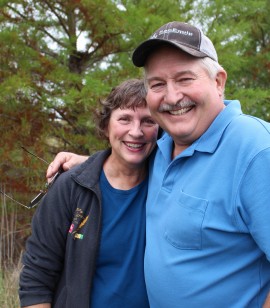 The idea for this “veteran’s hunting experience” originated in 1997. That fall, the Sekavecs met a business owner in Leadville, Colo., who wanted to hunt pheasants in western Kansas. Marvin invited him to their farm and that’s how this story began.

Three years earlier, in 1994, the Sekavecs purchased property from the Wet Walnut Watershed District and began a journey to purify the watershed and build a wildlife habitat. Since that time, Marvin and Twylia have planted more than 10,000 trees and shrubs to serve as windbreaks and increase wildlife including birds, pollinators, mammals and amphibians.

Marvin and Twylia own and operate 2,000 acres in both Ness and Edwards counties. The couple farms a rotation of winter wheat, sorghum, alfalfa and fallow, while planting cover crops and enrolling some of their land in the conservation reserve program (CRP).

Like other farmers who’ve enrolled in CRP, the Sekavecs have removed environmentally sensitive land subject to wind and rain erosion from agricultural production. At the same time, they’ve introduced plant species that will improve environmental health and quality in exchange for a yearly rental payment. Contracts for land enrolled in CRP are 10-15 years in length.

Marvin and Twylia developed a 24.5-acre filter basin and buffer strips on terrace channels along the 160 acres of the watershed inflow that help improve water quality and extend the longevity of the water basin by reducing silting.

To share more about conservation, Marvin and Twylia sponsor and participate in field days for area students to teach about how wildlife habitats and conservation can be successfully integrated in an agricultural operation.

Not only do the Sekavecs care about the environment, they also harbor a deep respect for our country’s veterans. Marvin’s father and three of his uncles served in World War II. Like others in this country, many friends and relatives also served in the military.

“This is our small way of giving back to the men and women who have given us so much,” Twylia says. “We’ve chosen to share what we’ve been given with veterans.”

The early hunts started with as many as a dozen hunters and their gear crammed into the Sekavec’s little ’50s-blondebrick house. With each passing year, a few more veterans came out to walk the wide-open spaces, breathe the clean Kansas air and hunt the abundance of birds.

The former soldiers, airmen and sailors love the hunt and camaraderie. The experience also allows them to reminisce about their military experiences and relate to one another.

“Things couldn’t have been better,” Denny Betz, a Texas pheasant hunter, says. “The food was amazing. The weather was fantastic. The hunt was enjoyable…[the Sekavecs] are amazing and truly bless so many with [their] giving spirit and generosity.” 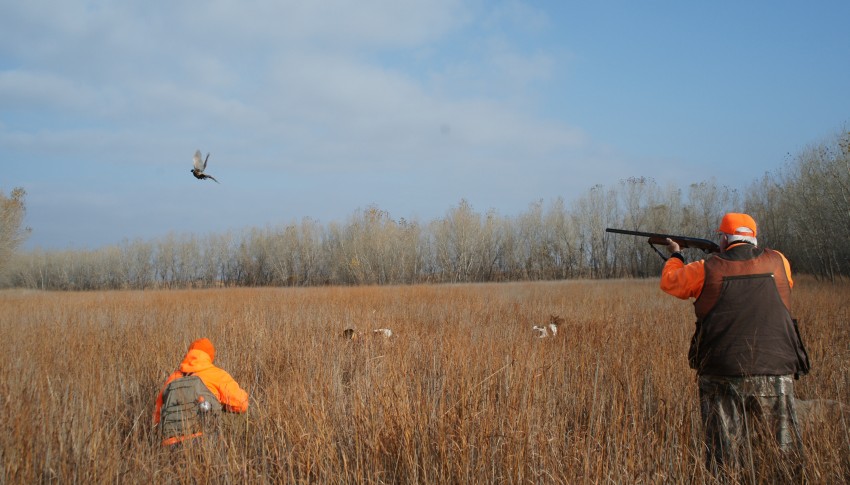 Membership in this exclusive club requires only one admittance fee.

“A lifetime permit to our hunting package requires one autographed military picture,” Marvin says, busting into a wide grin. “And the picture then goes up in our military hall of fame.”

Four years after the first vets hunted at the Sekavecs, the couple built a large shop building for the family business. Marvin and Twylia outfitted the shop with beds, showers and other accommodations for the veterans when they come to hunt.

Recreational items including a pool table were also installed in the building.

“We wanted a place where they could feel at home,” Twylia says. “We wanted to share our resources and what we had been given — to open our doors and feed, house and provide for them. It was our way of saying ‘thank you’ for safeguarding our freedoms.”

The Sekavecs say their lives are richer with the friendships they’ve developed while hunting with the veterans, who the couple believes are the real heroes. The tales they tell and the experiences they share will be cherished forever.

“These soldiers, sailors, medics and marines put their lives on the line for us,” Marvin says. “Some served in life-and-death situations and lived to tell their stories. To hear about the sacrifices they made so we could live in this country and say what we want, do what we want, and live where we want — we can’t thank them enough.”

And the veterans appreciate the hunting experience and their generous hosts.

“You have done a great job of cultivating a wonderful environment and great group of hunters,” Sam Eaton, another Texas hunter, writes in a letter to the Sekavecs. “Thank you for all you do and for continuing to make your house and home available.”

For many of these veterans, the pheasant hunt is the highlight of their year. For all of them, it’s a time of fellowship and relaxation they will remember forever.