Have you ever wondered what a barn would say if it could talk?

Imagine the tales it would tell after being around for 140 years. The Lamborn Barn in Leavenworth could tell some stories, and one would include its near-death experience. Experts declared the barn dead in 2010, but the Lamborn family knew it had life left and stories to share.

The barn has seen more change in its life than at any other time in the history of humanity.

As masons laid the foundation, an Army on horseback still skirmished with Plains Indians. While the walls were built, Southern slaves moved west to freedom. During the barn’s life, it watched young men march off to wars on foreign soils, the discovery of the cure for polio, vehicles powered by gas replace horse drawn buggies, man land on the moon and the advent of the computer. Never before, in the history of humanity has technology accelerated as quickly as during the life of the barn.

Joe Lamborn invited architects, structural engineers and contractors to inspect the barn built in 1880. They assured him no one could save the dilapidated structure; it was too far gone. 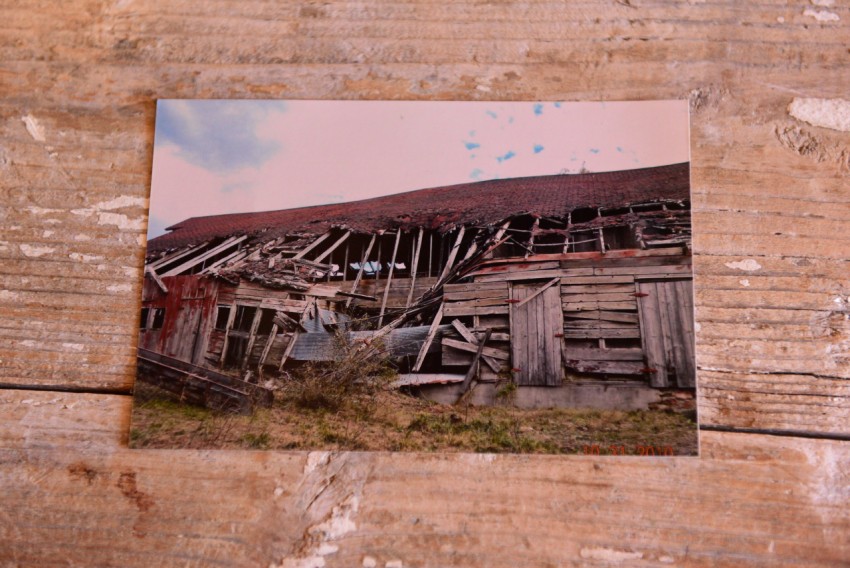 “I called my wife, Valerie, and told her what they told me and said, ‘You’re the only one who says we can’t do it,’” Joe says. “But she thought we could, so I told the guys to put their big boy pants on and help us restore it.”

“We found an old black and white photo of Joe’s great aunts in front of the barn in a horse-drawn carriage,” Valerie says. “We had to restore it.” 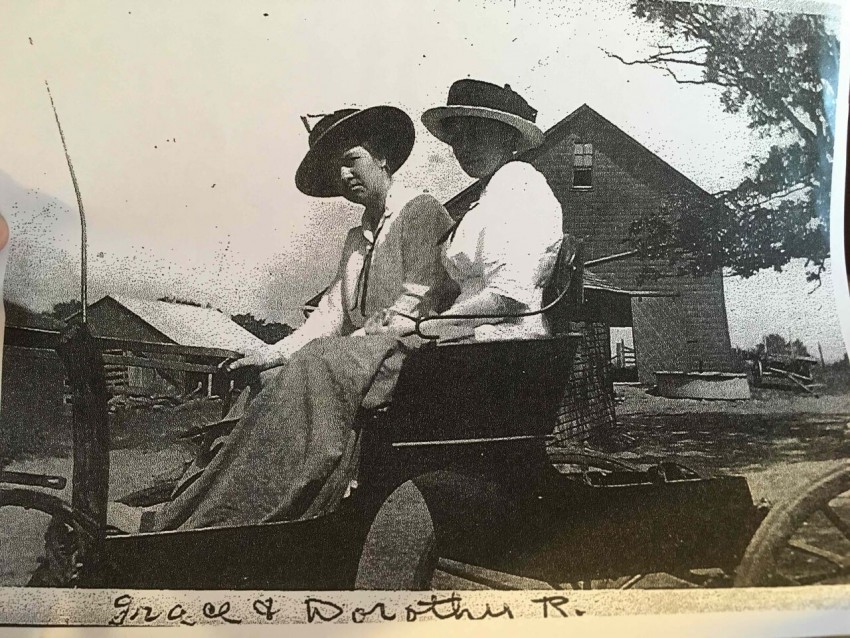 Joe is the great-grandson of Horace and Rosemond Lamborn who purchased the property in 1877. Family lore begins the story of the farm near Leavenworth with a broken wagon wheel as the Lamborns headed to the California gold rush. Some stayed; some went on.

They found architects and contractors willing to tackle the job and began restoration in 2010.

“I’m kind of sentimental. I didn’t want to make birdhouses out of it. I wanted our barn to have a purpose again.”

The restoration of the barn took two years to complete. The Lamborns insisted on reusing much of the original materials to maintain the rustic feel. As a result, they received an Award for Excellence in 2012 from Kansas Preservation Alliance. 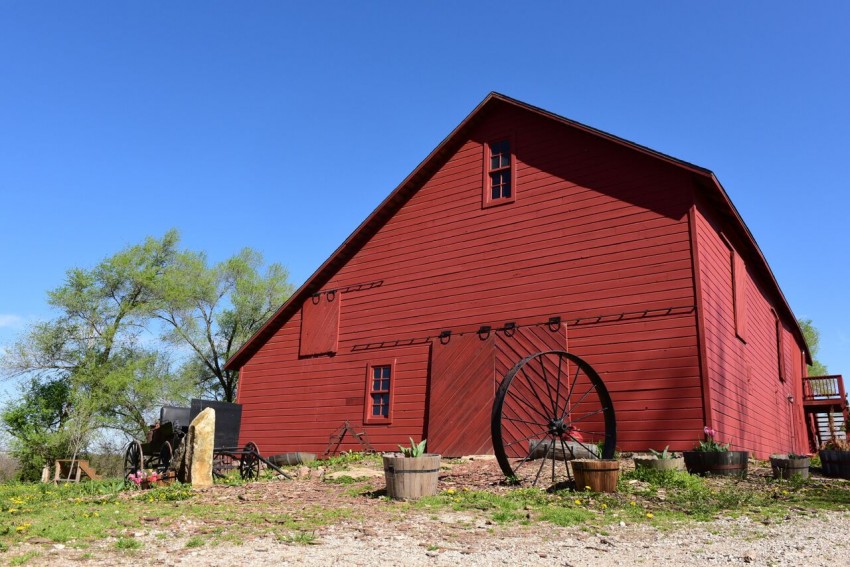 “One of the things that impressed people from the Preservation Alliance was that we used much of the original material,” Joe says. “The year we won the award, all of the other renovations in the state were funded by tax dollars. Ours was funded with our own money.”

In addition to the Preservation Award, the Lamborn Farm is listed on the Kansas Historical Society and the National Register of Historic Places.

“To stay in the business of farming, you have to be versatile and go where the customer is,” Joe says. “We went to several workshops on creating new business opportunities on farms. Our plan was to restore the barn so people could have weddings and we wanted them to have a rustic barn.”

The first wedding was in 2012 and each year has increased the number of weddings booked. The Lamborns provide a personal touch for brides and frequently refer to them in conversation as “our brides.”

Touring the barn is like going through a museum. Around each corner is yet another story waiting to be told by an assortment of handcrafted tools, cast-iron toys and memorabilia. These items are conversation pieces as a younger generation tries to guess what they are or an older generation explains their use.

“We have bus tours come through with older people who used to live on a farm,” Valerie says. “They love to tour the barn and tell stories about barns they worked in when they were younger.”

“These items are our family’s history,” Joe says as he points to a World War I army footlocker with E.P. Lamborn stenciled on the side.

“We can tell that old harrow was built some time before 1890 and 1905 because the railroad spikes in there are short,” Joe says. “After 1910, they made the spikes longer. One lady thought we made it for a hat rack.”

In addition to the barn being used for weddings and other gatherings, other enterprises on the farm include grass fed cattle, corn, soybeans and hay. A pumpkin patch is a highlight of fall activities.

“I tell our kids that weddings are one more thing we add to the smorgasbord,” Joe says. “We have to diversify.

“One of my friends said Dad would be really proud of what we’ve done with the barn,” Joe says. “I’m sure he would, but he wouldn’t understand why a bride would want to have a wedding in a barn. In his day, weddings were in churches and barns were for milking cows.”

Like most farms, the Lamborn operation is a family venture. Joe and Valerie’s children, Tim and Rachel, are heavily involved. Tim manages the crop and livestock side while Rachel focuses on marketing the barn and pumpkin patch.

The barn is more than a structure; it is their family’s storyteller. It is part historian, telling the stories of the past, and part prophet, foreseeing the creativity needed to leave their children a legacy.

Those who have milked cows in a barn, loaded hay in the loft, fed livestock or worked on equipment will agree each barn has its own personality. The Kansas Barn Alliance was founded to tell the stories of various barns in our state.

If you pause long enough, old barns will tell you stories of yesterday and give you hope for tomorrow.

Their stories will revolve around the farm families who own them and how proud they are of this most important fact; they help feed the world.

The Lamborn Farms will celebrate their 140th anniversary this year on June 11. For more information, check out their website. 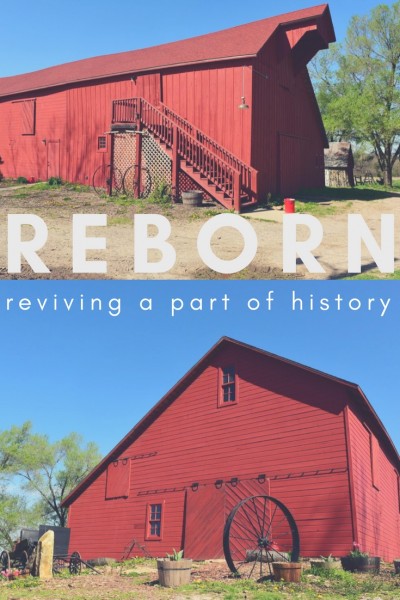