Warren Sutton grows green beans on his farm for a most extraordinary reason: he and his wife, Eileen, consider it a ministry to give young people a summer job. They want them to learn where their food comes from, the value of manual labor and to work without supervision. 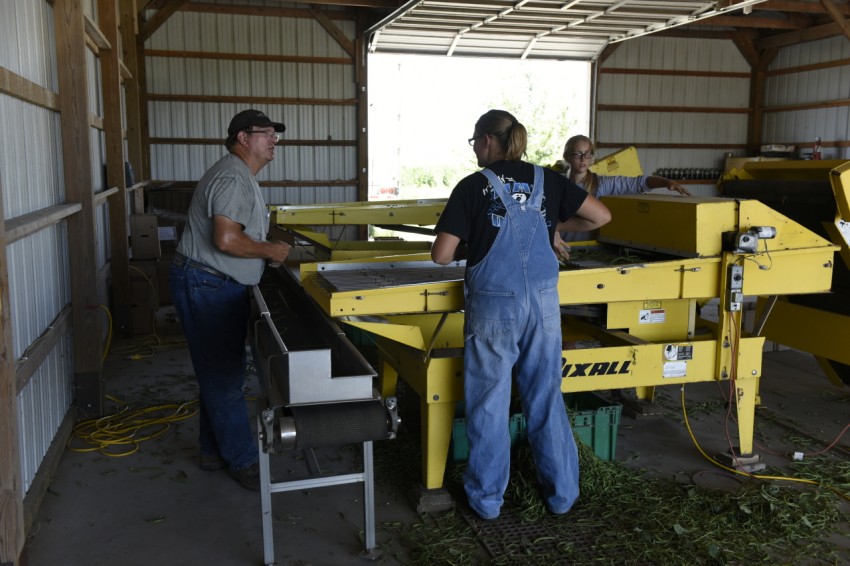 “Our family is active in the Belleville Wesleyan Church,” Warren says. “We’ve raised three children on a farm that’s been in the family since 1870. Our son, Allan, stayed on the farm, but they all credit life on the farm for instilling the values of faith, family and hard work. Employing young people is our way of making our faith practical.”

Warren employs six to eight young people each summer from the small towns surrounding their farm in Norway.

“I start them in the morning, then leave them to take care of the vegetable crops,” Warren says. “They learn how to work together without someone standing over them every minute.”

“We typically grow crops like soy, corn and wheat,” Warren says. “However, a few years ago, a neighbor suggested that our sandy soil was great for growing vegetables, too. I started with pumpkins and later added green beans.”

Unlike the variety of green beans grown in backyard gardens that produce throughout a season, the varieties Warren grows - such as broncos and valentines - all ripen, or set, at once.

“Pumpkins grow well, but they harvest in the fall. I wanted to grow something that harvested in the summer so the kids would have work. However, since the green beans all set at the same time, that doesn’t give the kids enough work in the summer. I’ve now added two acres each of sweet corn and potatoes so they have work all summer. I try not to put all my eggs in the green-bean basket.”

Six acres of green beans were ready for harvest in late July and, because harvesting green beans by hand is so labor intensive, Warren uses a mechanical bean picker.

“We pull this picker behind a tractor and it pulls the plant and beans on to a conveyor belt,” Warren says. “Then an exhaust fan sucks up the lighter leaves and such leaving the green beans to dump in boxes on the back.” 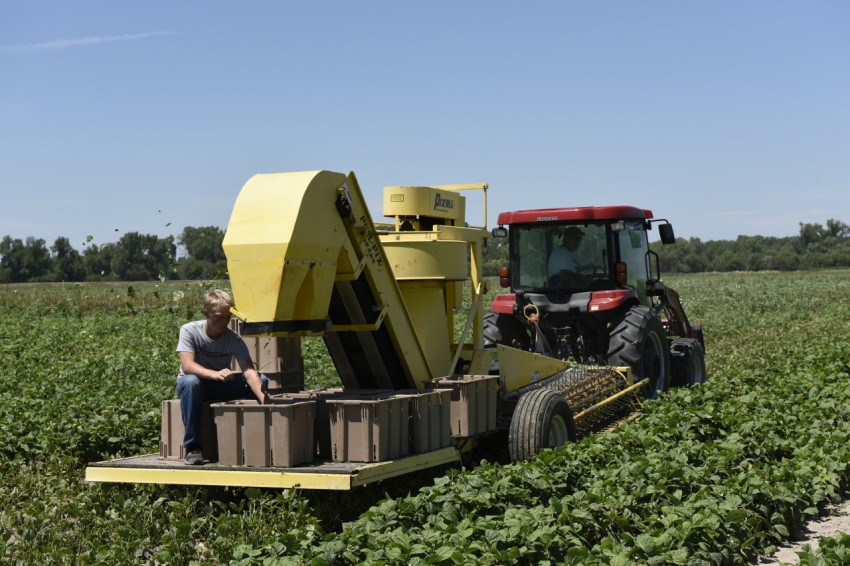 One youth rides on the back of the picker and swaps out the boxes. During a good year when the harvest reaches 120 bushels of beans per acre, the picker fills one tub per minute. However, heavy rains during this year’s planting season in May followed by several weeks without rain dropped his yields to around 30 bushels per acre.

“Warren will be working for free this summer,” he jokes.

The boxes are taken to a nearby barn for final sorting. His young workers gather around two different shaker machines that move the beans slowly on a conveyor belt for the final hand sorting. They lift off plant stalks, leaves, an occasional caterpillar and beans that are either too small or too large. 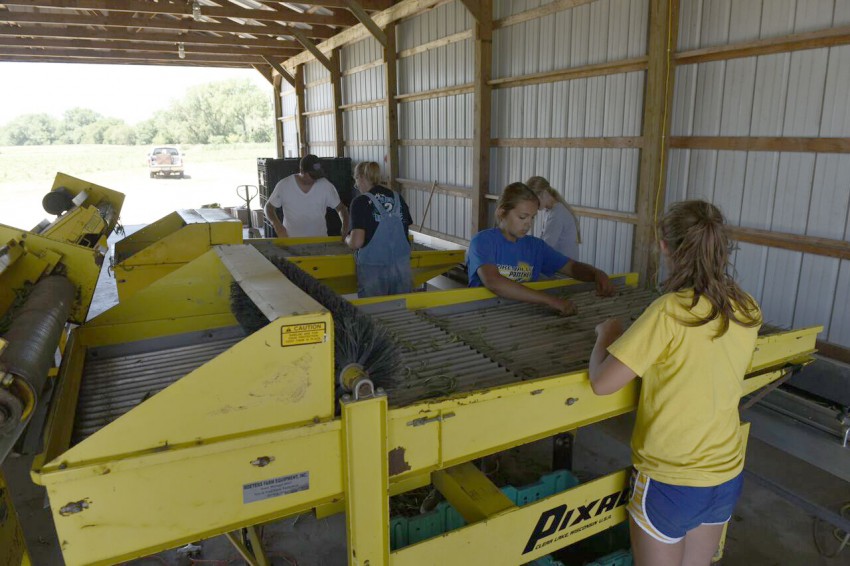 “Grandma’s lumpy beans just don’t cut it anymore with consumers,” Warren jokes. “When I was a kid, our beans had huge lumps in them from the bean pod. But we can’t let the bean start growing pods inside. People like the inside to be pod-free and all flesh.” 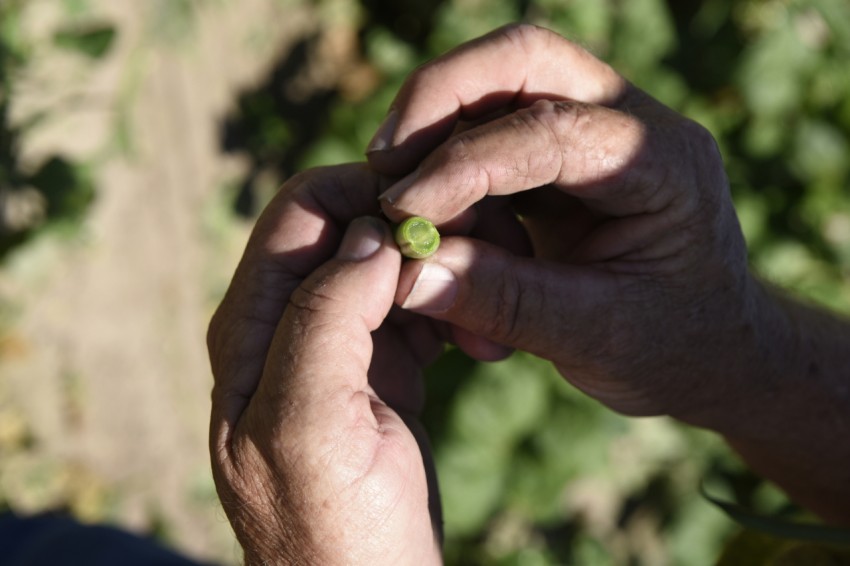 The beans are then loaded into a refrigerated semi-trailer for cold storage until they’re ready for delivery. 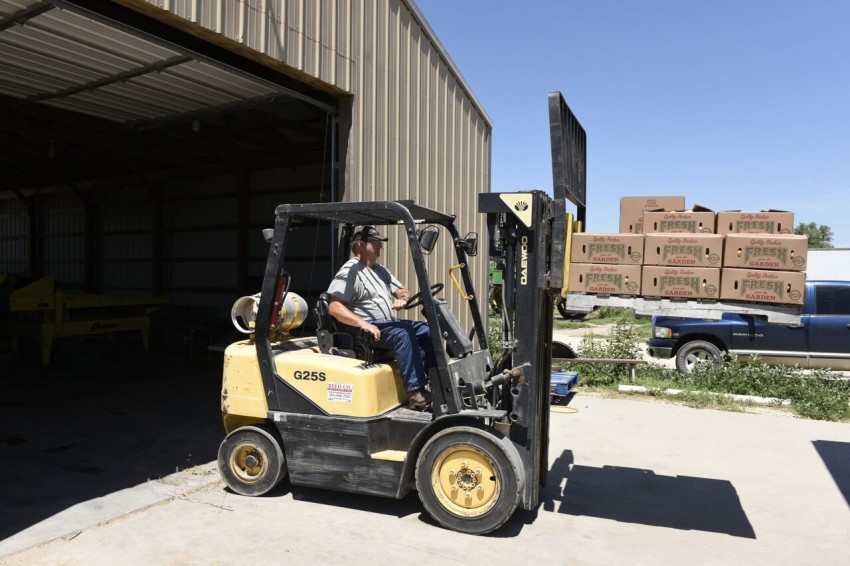 “We’re a wholesale supplier to a variety of businesses in the area with roadside stands,” Warren says. “The beans that load today will leave tomorrow.”

“Two years ago, I was one of the first people in our high school to be selected for (Republic County Farm Bureau’s) Youth Ambassador Program,” Mikayla says. “The intent is to help young people understand what KFB does. We attend board meetings and help out in various KFB activities.”

As one of the older youth, Mikayla serves as a taxi-service hauling the younger ones back and forth from town to the farm.

“Warren gives us instructions, then leaves,” Mikayla says. “He expects us to figure out how to work together. Some of us have strengths in one area and a weakness in the other so we learn how to help each other.” 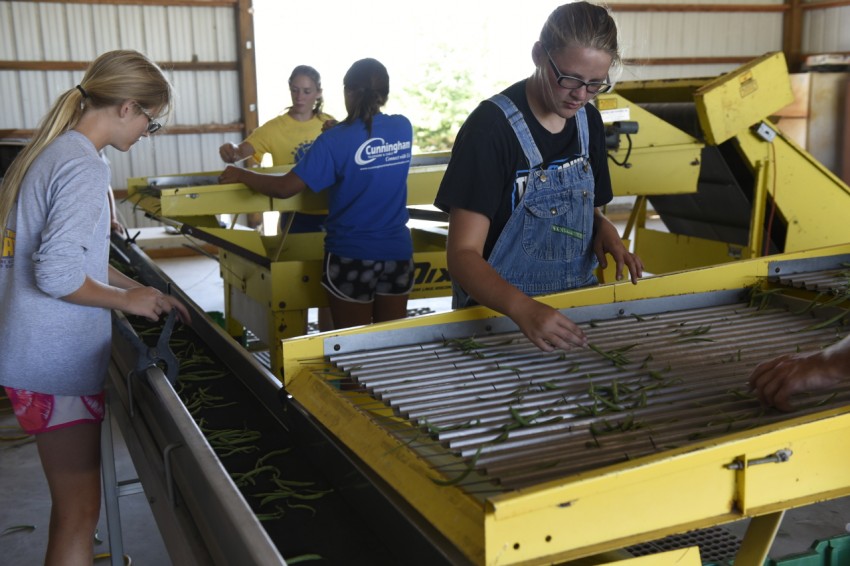 “When these young people are given the right tools to do the job and an expectation to accomplish a task, they learn quickly how to work together,” Warren says. “There’s no sense of entitlement with these kids.”

“He trusts us to do the job,” Mikayla says. “Recently, we harvested about three times more sweet corn than he expected. His expression of surprise made us proud.”

In addition to working for him, Mikayla admires Warren’s family for their care of people in the community.

“Warren helps a lot of people in our community who struggle to feed their family,” Mikayla says. “He sets aside a lot of the boxes of vegetables that he gives to local food banks or even directly to families.” 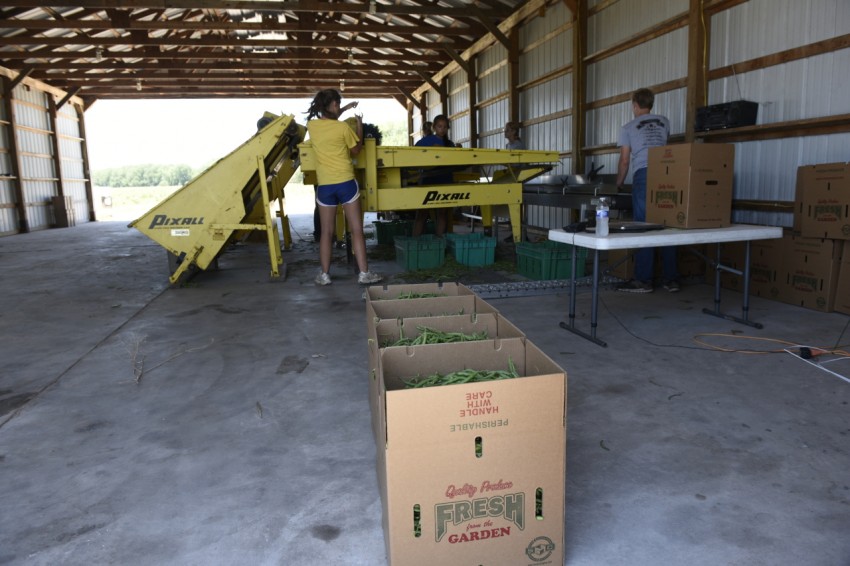 The young ambassador program gives young people like Mikayla the ability to become more educated about the various parts of the agriculture industry so they, in turn, can help educate others.

“I love telling the story of agriculture,” Mikayla says. “Our family grows alfalfa and cattle, but working with Warren gives me a greater understanding of ag in Kansas. This provides me the knowledge and the platform to tell the story to others.”

Farmers are frequently encouraged to better tell their story of agriculture. However, many work from dawn to dusk and have little time. Warren has discovered a better way: empower young people to tell the story.

Warren and his family reflect the motto that weaves all farm families together: faith, family and farming. Their family also includes the young people of their community, a new generation of ambassadors.