More than 30 years ago, The Journal of Soil and Water Conservation published an article entitled, “Wildlife and agriculture: Can they coexist?” (Carlson, 1985). The author voiced concerns over the industry trend of regarding wildlife as “pests” versus recognizing farmers’ essential role as wildlife conservationists.

I recall this controversial journal article starting an Animal Science class discussion during my undergrad experience, emphasizing the important role agriculture professionals play in protecting our earth and the animals within. As an avid sportsman and farming fanatic, I was particularly intrigued by the symbiosis between my two most favored pastimes required for sustainability.

Agriculture needs wildlife, and wildlife needs agriculture for a healthy world to continue to exist.

This necessity of coexisting is as relevant a discussion today as it was in 1985. With more than 80 percent of threatened and endangered species relying on privately owned land for their habitat needs today’s farmers play a huge role in conserving our ecosystems (U.S. Fish & Wildlife Services).

The American Farm Bureau Federation reports more than half of America’s farmers intentionally provide habitat for wildlife. Farm bill initiatives help farmers enhance wildlife habitats on their land, an initiative that can be evidenced by the more than 2 million miles of conservation buffers installed as a result.  Significant population increases in wildlife species including deer, moose and fowl have been noted since the program’s inception.

Can wildlife and agriculture coexist?

Yes – I believe these two essential components of our ecosystems can not only coexist, but also thrive in a terrifically symbiotic relationship.

Increasing wildlife populations, habitat preservation and recent conservation incentives are evidence of the progressive responsibility today’s agriculture industry has pledged. As an outdoor enthusiast, I’m encouraged the Kansas wildlife I spend hours photographing will be around for my grandchildren to enjoy. As a farmer, I’m excited to play such an important role in preserving (and even creating) habitats essential for our wildlife to thrive right here on my farm in Franklin County. 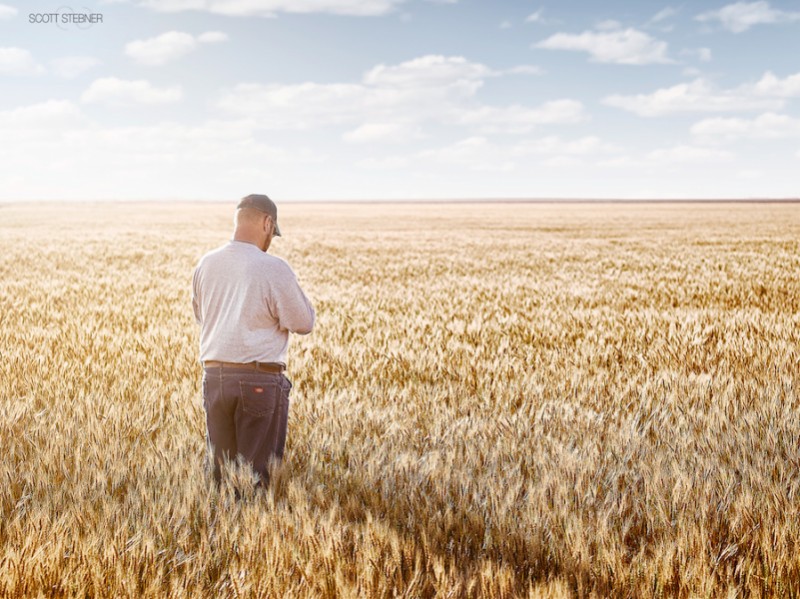