Few people can say they’re a “farmer fame maker,” but nationally published photographer Scott Stebner is proud to add this distinction to his life’s accomplishments. While working on a book project, he’s helped a northwestern Kansas farmer gain a modeling contract.

“The most fun part of the project has been Orrin becoming a male model,” Stebner says.

The man he’s talking about is Orrin Holle, who farms with his family in Rawlins County. Stebner shared a photo he shot of the young farmer on social media and was contacted by a Canadian ad firm. They wanted to use the shot in an ad campaign. 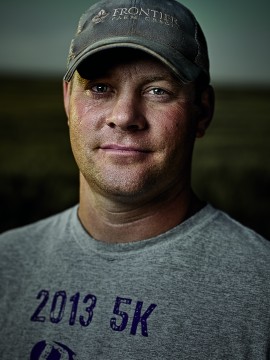 Recalling the initial phone call, Stebner says, “I get calls from agencies every now and then, but this was the first time I’ve ever received a call and the agency said ‘We have to have that person. We are in love with his face.’”

Holle was bewildered when Stebner called him with the news. They liked the original photo so much, they wanted Stebner to reshoot it.

“That was one of the most random phone calls I’ve ever received,” Holle says. “I was like, ‘You’ve got to be kidding me.’ They wanted the same shirt, the same hat, the same 5 o’clock shadow.”

Two days later, Holle and Stebner conducted a photoshoot with the ad firm on Facetime so they could look at the images as they were being produced. After an hour of shooting the same picture over and over, the team decided on an image that will be shown in 20 markets across western Canada.

A Work of Art

The project Stebner has been working on is a coffee table book currently titled Kansas Farmer. His hope is that the book will open people’s minds and hearts to something they don’t spend much time thinking about — their food and the person who grew it.

“I’ve had this passion for 15 years,” Stebner said. “I want to tell the story of farmers. Farmers who are too busy growing our food to share their own tales.”

His vision will soon become a reality. A 50-page hardcover book will be available for purchase in early December.

Stebner has already received good feedback on his blog, www.scottstebner.com, where he has provided previews of his work.

“I’ve received so many positive responses, both nationally and internationally,” Stebner says. “Not only has it been about the photos, but also the stories of the farmers. I’ve shared the posts on fine arts websites and people say, ‘I never thought about it that way.’”

Seeing the grit of a farmer’s life captured in photographs was an experience for Holle.

“His photography is awe-inspiring,” he says. “What he captures is totally amazing.” 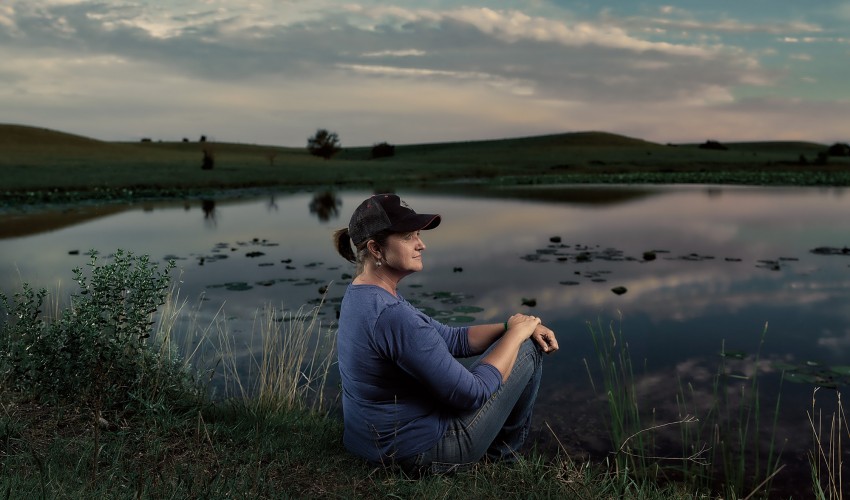 Life in a “tiny” California town (50,000 is tiny in California terms, Stebner says) offered a host of opportunities. His family lived on four acres and had a few farm animals. When he was seven, Stebner began showing sheep in 4-H. This helped him understand how people relate to farming.

“Showing at the county fair helped me see how interesting farming was to people who had zero information about it. There were grown adults who had never seen a sheep, cow, or pig in person before and they were teaching their kids about the animals at the fair.”

When he wasn’t caring for or showing his sheep, he spent time surfing the West Coast and playing in a rock-and-roll band. His city friends often asked him questions about his hobby. It opened his eyes to the misinformation surrounding agriculture.

“I knew my friends weren’t stupid,” he says. “They just didn’t understand.”

A Labor of Love

In 2013, Stebner, his wife, Alyssa, and their one-year-old son moved to Kansas to be closer to his wife’s family. He began work on his master’s degree in agricultural communications at Kansas State University. He also decided to begin making his dream of producing a coffee table book a reality, and found an ally in Kansas Farm Bureau.

“When we spoke to Scott, we knew the book would be a winner,” Rich Felts, President of Kansas Farm Bureau, says. “He brings a human touch to the farmer’s story and it resonates with all types of people.”

Holle says it’s easy to see why this project is a homerun.

“He has a passion and desire to educate folks about farming,” the young farmer says. “It’s not hard to tell that he’s picking one of his true passions — photography — to educate people about his other passion — agriculture.” 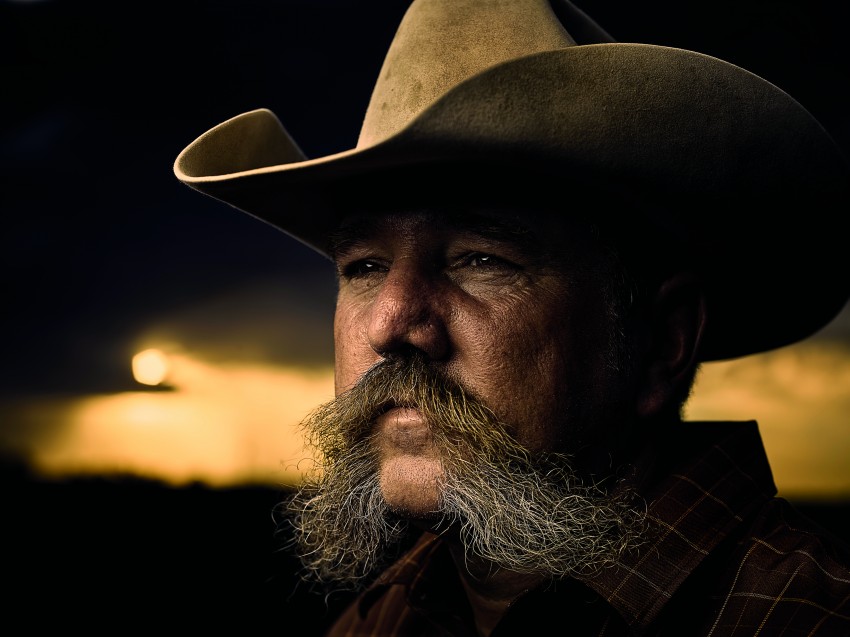 In addition to sharing farmers’ and ranchers’ stories, Stebner wants to use proceeds from book sales to create a scholarship. After the cost of the book has been recouped, remaining funds will go into a scholarship for undergraduate students studying agricultural communications at Kansas State University.

“Once you’re a teacher, you’re always a teacher,” he says. “That doesn’t go away. If we can raise funds for people to advocate for our industry, we need to do that. That’s just common sense.”

When Kansas Living asked Stebner what he was most anxious about, he said it was letting down the people who opened their lives and farms to him.

“I hope I did these farmers justice. They opened up their hearts, their stories to me and they’re putting that into my hands.”

Order Your Copy of Kansas Farmer!